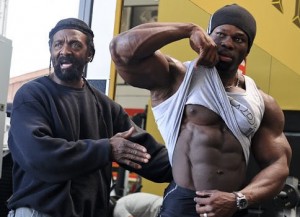 To many people, the success of a bodybuilding contest or the entire physique competition industry is based on how many participants enter shows. These days it’s not unheard of to hear promoters boast about 300-500 entrants into a local show like this means the show is a huge success and the sport is growing. Does this really reflect success? One could argue that popularity and success are directly related and that more people are getting into competing which means more growth. While it certainly does mean growth of the bank accounts of the promoters, trainers, and sponsors, does this benefit the sport as a whole?

A trend that makes me absolutely sick is local trainers and “teams” (the whole team thing is incredibly stupid, you sharing a coach with someone in an individual sport does not make you teammates) is the amount of people brand new to the entire lifestyle of fitness and weightlifting they push into competition, and specific divisions that serve their best interest. I am just going to get this out of the way – If you are not some phenom who grows so rapidly that bodybuilding is in your genetic code and you want to get your feet wet in teen classes or novice, then why in god’s name would you allow some “coach” to pressure you into a competition within your first year of serious training? Genetic anomalies aside, it is insane to have someone talk you into competing (most of the time the “competitor” has no idea what a contest entails, what callouts are, and has never watched one) before you have even been able to structure your life in the way a bodybuilder does for many months (years preferably) first.

It’s extremely common with female competitors of all ages. Sometimes you see a middle aged woman who seeks out a trainer to help with general weight loss and fitness, and within their first few sessions the trainer is convincing them to “do a show”. This makes me want to smash my head against a wall. First of all, the trainer is selling their dream to their client, who 90% of the time probably just wants to either feel more attractive to the opposite sex or get back to where they were when they were younger. This person didn’t even stumble upon the world of competition on their own interest! Any competitor or family member of a competitor (a serious one) can tell you this is NOT a casual hobby or something trendy that you should pursue on someone else’s recommendation. Sure, it sounds romantic – Lose a bunch of weight, look sexy, then parade on stage to be adored by a large audience. Guess what? If you are a normal person who is competing 6 months from the first time you get settled into a gym, people are not going to be watching you in adoration on stage, as the chances of you looking anything like a true bikini/figure/physique/bodybuilder in such a ridiculously casual fashion is slim to none.

Although the main oversight here is the ignorance of the competitor thinking that the bodies they see in professional contests (which they have never watched until their coach shows them what the hell it actually is) are achievable in anything resembling a short fashion, I feel the trainers need to be held accountable. Not only is this unfair to the serious competitors, as this is not a “you go girl/guy” showcase for your family – it is a competition, but it sets the trainee up for serious issues. For one, embarrassment. Secondly, if you take a normal overweight or out of shape person and slap them on an insanely strict eating schedule (I am not even going to touch on drugs, any trainer who puts a client like this on drugs needs to be shot immediately) and force them into the mental suffering of a contest prep within their first year of even understanding how to read a nutrition label, the chances for extreme rebound and regret are pretty high. It’s a dime a dozen…female competitor gets sold on the glamour of competition, suffers (usually cheats a lot) on a diet that is beyond anything they thought a human could follow, places out of the top 10 then as a self defense mechanism slams the entire sport and claims it’s unhealthy and how they were sucked into an obsession and blah blah blah.

Please trainers, stop breeding these competitors and start listening to them. They don’t want to compete, regardless of what they might say after you wrap the idea with a pretty bow and sell it to them. You are not putting them on a healthy path. Bodybuilding and it’s sub divisions are meant for those unique people who are drawn towards it from the beginning and/or have the genetics for it. Stop putting untrained normal people in divisions they have no business being in for your own personal reasons. Whether it’s because you want the division you love to look more popular with a higher number of entries, or you simply just want X number of people in a contest to brag about (and home some of them place well by fluke), just stop.