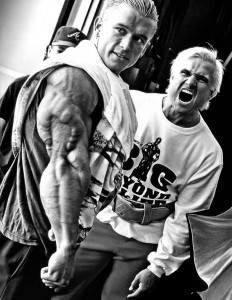 Oh, the drama. There is no question that the main thing that separates bodybuilding today from any other time in it’s history is the fact everyone and their dog has a coach. Shit – everyone and their dog IS a coach. The concept of having someone experienced guide you through a contest prep or a professional enlisting the help of a “guru” to take him to the next level is not exclusive to this modern age, but it has spiraled out of control.

I have already beaten on the legions of nobodies capitalizing on this trend by calling themselves coaches when they have no business coaching anyone (even themselves). A more disturbing trend that is coming to light is coaches allegedly prescribing advice that is landing their athletes in the hospital or worse. The reason the word “allegedly” is extremely important in this case is that the information being spread about the incidents usually comes from the mouth (AKA keyboard) of someone who also coaches athletes and could stand to benefit from slandering another coach.

With the saturation level being so extreme in the coaching market, people struggle to set themselves apart. We have seen plenty of gimmicky training programs with fancy names and edgy dieting methods advertised as ways of setting oneself apart from the pack. I don’t feel it would be fair to not be at the very least cautious when accepting the accusations as gospel. Outing other people as being incapable of doing a good job or even giving people dangerous recommendations is a sure fire way to pat yourself on the back, as the less than brilliant crowd of onlookers will take this message and interpret it as the accuser having high morals and being very concerned with their clients health. Guess who they might consider for their next contest prep to avoid being murdered by a bad coach?

On the flip side, some of the people making the accusations are doing so with the best interest of the competitive community in mind. It can be very frustrating to see people being told to do things that you personally consider unnecessary (either entirely or for that specific person at that time) and I believe if you can say with absolute certainty that you know without doubt this is happening that it is a respectable thing to raise awareness. One could argue that possibly it’s best to just make it public that you disagree with a specific list of methods and leave names out of it, but then the counter argument would be that this could be considered passive aggressive or even further potentially fabricated just again to make yourself look good.

There is not right or wrong way to handle it, it definitely goes on a case by case basis. This has been seemingly more common as the months go by, and this either means more people are being hurt or simply more people are standing up against it.

Anywhere a debate or argument is being had over this topic the main dilemma boils down to this; Are coaches responsible for giving competitors advice that results in some form of harm or is it the job of the athlete to make his or her own choices and take control over what they do with their own bodies? Two camps exist on this topic, and I feel the main problem boils down to a lack of education on behalf of the bodybuilder. Never put anything into your body that you are not educated about! If something makes you feel uncomfortable, tell your coach and ask if there is an alternative method that can be used. If a certain drug or protocol seems crazy to you then don’t do it! It is up to you to know what is an acceptable risk and what could potentially send your ass to the hospital. I do believe you should be able to trust the person you are paying for this advice but I cannot understand someone who doesn’t want to be pro active in educating themselves on what they are doing.

We all know that diuretics are a main culprit in bodybuilding related health issues so maybe it’s time they are looked at in a different light by competitors. As the amount of coaches continues to multiply, I feel this scenario will continue to arise and possibly take steps further into legal action unless people stop following bad advice and coaches stop giving it.