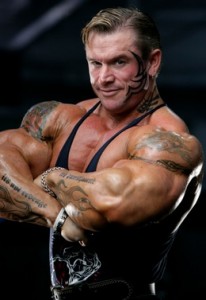 The United States Penitentiary in Pollock, Louisiana sits right in the center of the state of Louisiana. This maximum-security prison is considered by many to be the most violent prison in the federal system. It houses inmates that have been sentenced to life without parole or a sentence so long that there is no way they will never go beyond the 30 foot walls of the prison until they are being escorted out in a pine box.

Knowing you are going to die in prison, regardless of what crime is committed, has to be a tough pill to swallow. With a prison full of inmates that have nothing left to lose from their actions has fueled the violence at Pollock and other prisons like it.

When I first began manufacturing anabolic steroids for my brand Pinnacle Labs, I knew I was probably facing prison time if I was caught, but what came after my arrest was beyond anything I had ever imagined. Unlike most defendants that were prosecuted around the time of Operation Raw Deal, I was indicted alone and without any co-defendants. This means that I was the only person prosecuted for involvement with Pinnacle Labs, even though several people helped with distribution and other things that were involved with this operation. There was no cooperating or negotiating and I was sentenced at the top of the federal sentencing guidelines imposed upon me, which was 63 months.

When someone is sentenced in the federal system, it is unknown where he or she will serve their sentence until a regional office outside of Dallas, Texas designates them. This process can take up to a month, and in the meantime the inmate has no idea where they will serve their prison sentence. It is policy that when an inmate is designated, it will not be disclosed to the inmate before transportation due to security reasons.

After my arrest by the FDA, I sat in a detention center with bail denied in Fort Worth, Texas while going through the court process, which took almost 7 months. During that time I was housed with other inmates from all security levels. With having a steroid conviction and only a 63 months sentence, I figured I would serve my sentence at a low or medium security prison in the federal system. After talking to other inmates I knew that these would be the easiest places to do time. I heard horror stories about maximum-security prisons, which are also known as United States Penitentiaries in the federal system. These places were known for extreme violence and it wasn’t somewhere I wanted to spend my time. After all, I wanted to make it home at some point.
On a Sunday night 3 weeks after I was sentenced in court I was told that I would be leaving to go to prison at 6am the next morning. The next morning I got up and got all of my property together. I was escorted downstairs to a processing floor where all of my paperwork was completed, my property searched, and where my hands and feet were shackled. As I was sitting in a holding cell surrounded by bars, I could see the box that held all of my property. I looked at the box closely through the bars and could see the writing “Pollock USP” on it. It was then that I knew that I was going to a maximum-security prison. I’m sure my heart skipped a few beats when I saw those words. I knew what I had heard about Pollock and other prisons like it, and I wondered if there was a mistake when I was designated there. I knew it really didn’t matter how it happened, but that I was headed there regardless. I left the detention center in Fort Worth that day on a bus and headed to the transfer facility in Oklahoma City, where I would get a on a plane to my final destination in Louisiana.

During my federal sentence, I realized how serious law enforcement had gotten about prosecuting anabolic steroid cases. I was sentenced to as much time as people that were convicted of distributing cocaine and more than many people convicted of bank robbery. Anabolic steroids are a scheduled 3 drug. The DEA and FDA schedules drugs from their interpretation of the drug’s potential for abuse and how necessary it is for medical treatment. These two agencies got one thing right by scheduling steroids below heroin, methamphetamines, and cocaine, but they got it completely wrong by scheduling it with ketamine, hydrocodone, and codeine. These drugs mentioned have a much higher rate of abuse and long-term health problems.

The thing is, drug addicts use drugs to get high, get addicted and continue to use to feel normal or to avoid feeling sick. This is not the case with anabolic steroids, even though they are treated by law enforcement in this manner. Anabolic steroids are generally used by healthy adults that live a healthy lifestyle. How often are you going to find a cocaine or meth addict that goes to the gym daily and eats and lives right to look good, feel good, and to live a healthier life? It doesn’t happen, but that is the lifestyle bodybuilders and/or steroid users live.
Former President George Bush may have gotten the ball rolling on the heightened criminalization of anabolic steroids during his 2004 State of the Union Address, which had a focus on eliminating steroids from baseball and other professional sports. Soon after Bush’s comments, a House committee opened a public set of hearings that would call some of baseball’s biggest stars to testify. These hearings may have changed the game of baseball and the public’s view on anabolic steroids forever. After his speech, Meryl Streep saying it was not an important issue for our country mocked Bush. While Meryl Streep may not be an expert on anabolic steroids, she does get that there are many more problems that should take priority over anabolic steroids in this country. It just seems that the federal government does not get this, and as long as the laws regarding anabolic steroids don’t change in the opposite direction than they have gone in the past decade, the punishment regarding these drugs will only get worse.

Newer Post
Get fitter if you use HMB Free Acid with your high-intensity interval training
Older Post
Lose four kg in a couple of days: and keep it off a year later