Newer PostExercise prevents creakiness and illness in old age
Older PostOpuntia, the weight-loss cactus
Share on FacebookShare on TwitterShare on LinkedinShare on Pinterest 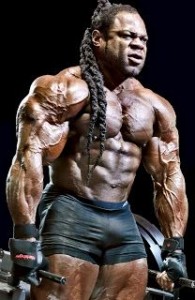 Muscle size, proportion, balance, symmetry, definition, balance, structure, shape. These are the words that most bodybuilders would (in previous generations) use when explaining the qualities that make great champion in this very subjective sport of ours. Over the years we have seen certain judging criteria take a back seat and a greater emphasis be placed on other elements that make a bodybuilder stand out among his peers, but one aspect that has skyrocketed to become the utmost measuring stick for how someone will place in a contest (especially in the amateur ranks) is conditioning. While being “in condition” used to mean being ripped enough to show a high level of muscle definition, an absence of water under the skin and also a full and healthy look to the muscle, it has now pretty much come down to being devoid of anything resembling a morsel of adipose tissue or h2o at any cost.

There is no argument that reaching what is considered peak conditioning in today’s competitive bodybuilding world is a grueling process. The amount of suffering that goes along with running on fumes and torturing yourself with cardio and weight training while your body has zero energy stores left hanging on it’s body is a true test of the grit and determination of any human. While some people definitely achieve a lean physique with less effort than people who naturally reside on the husky side, no one feels good one week out from a competition; it’s common to hear that if you feel good in those final weeks, you are probably out of shape (or straight up fat, as us bodybuilders will refer to anyone who doesn’t look like a piece of beef jerky). This degree of difficulty has added the “blue collar” factor to go along with a truly ripped physique that is hard to not respect, as it can directly show a mans will power and perseverance (although sometimes NOT being in condition is due to a lack of knowledge as opposed to lack of effort). There are a few side effects of this shift towards the ultra ripped physique, and I don’t necessarily mean the physical ones.

Many times these days, we will see a competitor who has all the tools that make a physique impressive slip a few spots and be beaten out by genetically inferior talent who happens to be better conditioned. For me this is a grey area, and I can certainly see both sides of the coin. On one hand, it seems wrong to reward someone who clearly could have “suffered” a little harder to achieve the look that is now expected. This seems to be a mindset especially common with the average bodybuilder who feels he has little to relate to when it comes to the genetically elite athlete with perfect muscle bellies and structure. It’s natural for us humans to overstate the importance of things we are capable of achieving and downplay the important of areas we are simply not blessed. It’s our self defense mechanism for leveling the playing field. Why should someone place highly in competition just because they were born a certain way, when clearly there were others who outworked them?

One side effect of this is that we will sometimes see a bodybuilder push their bodies the extra mile to meet the insanely high judging standards and lose some of their gifts in the process. The fascination with “shredded glutes” is single highhandedly responsible for a lot of missed potential in my opinion. Every human being stores their fat in different patterns, making it possible for one bodybuilder to have a fat-less bottom end while still holding more total body fat than another competitor who might hoard all of their blubber in their butt even after it has been removed from the entire rest of their body. The glutes became the marker for flawless conditioning due to the fact the majority of people store fat there and it is the last place to go MOST of the time. What this means for the other guys is that they will have to push their bodies extremely hard to rid their butt of the fat and quite possibly deflate in the upper body or lose leg fullness from the extreme measures taken. Personally, I view bodybuilding as a total package, and if someone looks better in 95% of their body they should not be instantly demoted just because they do not have lines in their rear end. I feel stupid even writing that. If you look better with more fullness in your muscles and not killing yourself to achieve this ridiculously over-prioritized focus area, I think you should be judged on your entire package.

Do we want to reward the less genetically gifted athletes? What does this do for the gene pool in the long run when analyzing the forecast of talent? Although I would never make the connection that all bodybuilders who achieve elite conditioning are more often less gifted in other areas (both 3 time Mr.Olympia Phil Heath and 212 Olympia Flex Lewis prove that to be false), I feel it is safe to say on the amateur circuits there could be some connections made. The “blue collar” mentality in turn promotes athletes who otherwise would have no shot at winning to utilize “hard work” to beat their opponents…and unfortunately, hard work in bodybuilding isn’t as positive as it sounds, as it can mean health problems and extreme drug use. This is not a direct link but I feel inadvertently there is a connection.

As much as we like to fantasize about bodybuilding being a sport, it simply is not. I feel what is happening to a degree is that people are trying to bridge some of the gap between bodybuilding and mainstream sports like football and baseball. While it still requires a trained eye to properly compare two levels of conditioning that both simply look “shredded” to the general public, it is much less esoteric than the concept of a shapely and aesthetic physique. So we have sports fans trying to add a concrete method of keeping score, while bodybuilding is much more of an art form than sport. Artists win prizes for sculptures and paintings, but it takes an artistic eye to recognize the different levels and compare them (and there is still a huge amount of personal taste involved)…and I would like to think bodybuilding is more of an art competition than sport. If we are attempting to make it more mainstream by adding some solid guidelines to help the public understand who should win or lose, is using a peeled ass the most marketable and socially acceptable measuring stick?