Compton and Rambod: The Right Move? 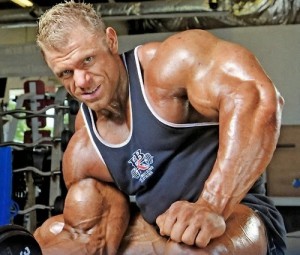 Once or twice in a decade we see a genetic specimen rise through the bodybuilding ranks at a ferocious pace sparking debate on how limitless the potential of the competitor is. While many pop up who have the tools to be one of the greats, the true freak who combines the talent with constant progression is much more rare. While Big Ramy might have the highest ceiling of true potential on the circuit right now (along with Cedric McMillan), lackluster performances and missed peaks have fizzled out the hype to a degree. The last person we saw who combined the “it” factor with rapid improvement and consistency now holds 4 sandows and is the reigning best bodybuilder on the planet, Phil Heath.

IFBB Professional Justin Compton is on the fast track for success. In my opinion, he is the only bodybuilder of the last decade or so to match Heath in potential as well as consistent and almost comical progression. Other genetically blessed athletes have popped up in the post Cutler era but none have matched their genetic ability with the hard work and lack of errors that Compton and Heath have.

In a case of “too eerie to be a coincidence”, it just so happens that Phil Heath’s contest prep advisor Hany Rambod set his sights on landing Compton as a sponsored athlete for his supplement company, Evogen. While this is a no brainer signing on behalf of Rambod, the topic becomes a bit more interesting when awaiting to hear if this partnership also indicates that Rambod will be taking the controls of Comptons off-season and contest prep. While no formal announcement has been made, Hany clearly likes to also play coach to the athletes he has signed to his company, as we have seen with Steve Kuclo and teen star Cody Montgomery. This concept has brought fear to many fans as Justin Compton has clearly already stumbled upon the formula for adding mass as well as coming into contests peeled to the bone, and it could be said he truly has nothing to gain from enlisting the help of a coach and the only possibility could be steps backward.

What positive changes could someone who has continuously added 10+ lbs of solid muscle while achieving fantastic conditioning at each outing possibly need to make?

While no announcement has been made as of the writing of this article, I cannot think of another time when fans across the internet are afraid of a bodybuilder utilizing the help of one of the top name coaches in the industry. In this day of everyone having a “guru” in their corner, Comptons solo effort in achieving a top tier physique was part of what made his rise to stardom so interesting and fresh.

There’s no denying that Rambod has a top stable of star athletes at the moment, but the critique could easily be made that he grabs onto the absolute cream of the genetic crop and uses them to build his name as much as the other way around. Not to play conspiracy theorist, but seeing as how Compton has been so successful on his own it wouldn’t surprise me if part of the deal was that Hany would be able to add him to his stable of clients and market himself as his coach while Justin still handled most of his diet and training on his own.

We often hear of athletes using big name coaches to increase their influence and bring more attention to themselves, but when a bodybuilder the caliber of Justin Compton comes along you have to expect that people would be lining up to associate with him.

At this point it is just guess work, but it’s rare for an endorsement deal to strike such mixed emotions amongst fans.