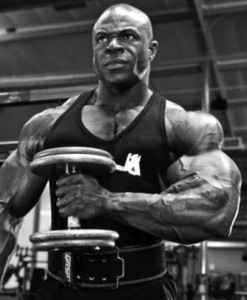 We have long witnessed the world of competitive bodybuilding be dominated by American athletes. While other countries have had their representatives in the the contests over the years, there has definitely been a progression towards an American focus over each generation. Even the legend himself Arnold Schwarzenegger grew up fantasizing about leaving his home country and living the American dream, as if there was zero chance of achieving success as a bodybuilder in any other part of the world. Tales of Gold’s Gym on Venice Beach, muscle beach, and California seemingly reached the entire world through Joe Weider publications in which he romanticized the mecca of bodybuilding in ways that few aspiring lifters could ignore.

This meant that not only were the bodybuilders in California and other major American cities getting more exposure, they had an extreme advantage when it came to training and diet knowledge as there was the largest hub of successful bodybuilders. Without the internet, the rest of the world was at the mercy of whatever Weider decided to publish (if they could even find the magazines) meanwhile the guys in the US could all watch each other progress and bounce ideas off each other and train together.

Dorian Yates is the main example of a bodybuilder who found extreme success without succumbing to the American bodybuilding dream – He was simply too good to ignore so there was nothing that could hold him back. But generally there was always been that mindset that once you hit a certain peak in your career, relocating to the US is the only way to take your career to the top if you were born overseas. You would think Canadian bodybuilders would be close enough to the US to not require the move, but even that countries (arguably) most notable export in the last 5 years Ben Pakulski left his roots in the North to grow into a very successful bodybuilding business in Florida.

There are many reasons why the US was the place to be for bodybuilders in the formative years of the sport. Besides the spotlight of having the major media outlets in your backyard and spending much more time in the public eye, there was also things to factor in like ease of access to gyms (not all countries are laden with good places to train), price and availability of food, supplements, etc. How long will this continue to be the case?

The internet has essentially turned the whole world into the Mecca of Bodybuilding, and we are seeing more and more athletes pop up from corners around the world who are achieving similar development to their American counterparts. We have even seen an obsession of sorts with some of the middle eastern bodybuilders and Europeans as they have gained notoriety for pushing the conditioning to the utmost extreme. It seems like every year, the forums are loaded with pictures from the World Championships and other global competitions with skinless bodybuilders from those parts of the world and everyone freaking out about how crazy they look. Granted, most of these competitors are much smaller than their American counterparts, but there is no doubt they are impressive in their own right. Bodybuilding has been bubbling up in foreign countries and growing immensely in popularity, but it wasn’t until the absolute monster known as Mamdouh “Big Ramy” Elssbiay exploded onto the scene that we got a true glimpse into the culture of bodybuilding in that part of the world.

Several IFBB professional bodybuilders have been traveling to Kuwait and other surrounding regions for several years now on behalf of Oxygen Gym in order to help bring publicity and also make plenty of money as trainers for limited stints. I suggest anyone unfamiliar with these gyms look them up, as they are absolutely state of the art and unbelievably large and complete. One thing is very obvious from witnessing this gym chain; These people are extremely passionate about bodybuilding. It’s no coincidence that the latest foreign superstar was bred from this subculture, as it is the perfect place to build a physique.

This pattern can be seen across Asia (just look at how many people piled into a stadium to witness the ill-fated Sheru Classic a few years back) and many Americans are realizing that they are truly superstars when they LEAVE America, while tend to be overshadowed by mainstream sports athletes while back at home. While not many areas have done what they have in Kuwait, there is a growing support for muscle and there also seems to be a lack of the stigma that unfortunately we are plagued with here in North America. They respect bodybuilding in many parts of the world and I’m sure we have all heard of how in some of these countries the amateur bodybuilders will receive funding from the government and are generally supported in competition. Will we ever see that here? Absolutely not, not with what has happened to performance enhancing drugs and the nightmare of the baseball scandals.

So what will we see happen as these countries (where the society is generally approving of bodybuilders) start to produce more and more talent? One look at the IFBB professional competition schedule this year shows that professional bodybuilding is infinitely more worldly than it ever has been in the past, and we are seeing competitions in new parts of the world each year. Touching back on Canada, the last 2 years the nationals have been exponentially more competitive than past years, where the 1 athlete to earn his pro card would go on to get lost in the professional ranks. Bodybuilding is growing across the globe, and it’s safe to say the next decade could bring an entirely new angle to the world of the IFBB.