Are There Any Secrets Left in Bodybuilding? 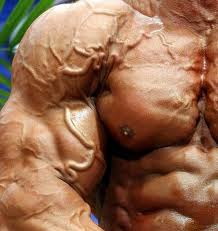 Part of the reason the 1980’s and 1990’s are so romanticized by bodybuilding fans is the dark mystery that surrounded the sport. Back then, we didn’t have the 24 hour media cycle to follow every waking minute of every IFBB bodybuilder. As fans, we didn’t even learn results from the Mr. Olympia or Arnold Classic for 6 weeks until Flex Magazine hit our mail boxes. The internet, Facebook, and YouTube brought the sport to the masses, but it also took away a lot of the enigmatic anonymity that hovered over bodybuilding.

Fans today are more educated than ever before. Your average 20 year old has a Ph.D. in anabolics, a master’s degree in food sciences, and a bachelor’s in training programming. We know the personal lives of champions and the fiscal numbers of our favorite supplement companies. So I ask, are there any secrets left in bodybuilding?

First, let’s look at training. What hasn’t been written about training in the past 15 years? Every exercise, angle, tempo, rep scheme, and training methodology has been dissected at the highest degree of magnification leaving no stone unturned. If there happens to be a new and improved training program to hit the internet, it’s merely a twist on something already tried and true. Yesterday’s ‘Super Gurus’, have created enough local and regional guru’s that everyone interested or needing an extra eye in the sky has one at their fingertips. Seminars have been booked solid by the industries finest and brightest minds, recorded for all to see on YouTube, and shared by many more millions on the boards and on Facebook. If you need information it’s available. Some of it free, some of it for a nominal fee at sites like MountainDogDiet.com, and of course, for top dollar by Farah and Rambod. Sounds like a law firm to me.

Then once you move onto steroids and other hormones, all the secrets are out in the open. 25 years ago, it was taboo to talk about drugs. Now, with it being a topic on ESPN half of the year and more well-known by everyday people, the acknowledgement of drugs and sport seems to be transcendent. Whether it’s an amateur like Bostin Loyd, an IFBB pro like Mike Liberatore, or someone a little more disguised like the Under Cover Pro, the information is out there for all to know. Guys are experimenting with different doses, compounds, and cycle structures. And with the access being easier than ever to acquire, the sex-appeal is all but gone. It wasn’t that long ago that marketing ads could actually dupe a teenager into thinking creatine could transform you into a top flight bodybuilder in 12 weeks or less. In hind sight, not too bright on our part, but further proof to how far the information has come in such a relatively short amount of time.

More and more people are starting to realize that drugs supersede training, genetics, and nutrition in terms of long term success in maximizing a physique. It’s hard to fathom how long that debate went back and forth at nauseum. To think that anyone in the Top 10 at the Mr. Olympia could compete at that level without drugs is lunacy, but the debate carried on. You can give a body poor nutrition and it will still respond. You can train like a pussy and still grow. But take away the medicine and you can all but forget about looking like Ronnie Coleman.

Fans, even the casual enthusiasts, seem to understand the actual sport of bodybuilding more today. Even as little as 10 years ago there were a lot of disputes over the placings in various shows throughout the year. We haven’t seen that disgruntlement in recent memory. The eyes of fans are finally starting to become as highly trained as the judges who decide the outcomes. Sure, we still might see Kevin English or more recently, Jay Cutler, take a gift, but when it comes to 1st and 2nd places not only are fans seeing what the judges are seeing, they seem to understand why and how a competitor was able to achieve a look.

In some ways I miss the old days of bodybuilding. The athletes seemed larger than life and in many cases they were. But today, we can really get to know and interact with the top of the food chain and all the way down. Ultimately, we all seek to be a part of something. Bodybuilding is closer to us now than ever before and everyone that follows bodybuilding is connected to it. Unlike the mainstream sports which some wish bodybuilding would be more like; it’s the niche and boutique-ness of bodybuilding that has welded the old school mystique with the new school social media and fan intelligence. Make no mistake about it: there are still secrets left in bodybuilding. You just have to look harder than ever before to see them.