Are Appetite Stimulants Responsible For The American Obesity Epidemic? 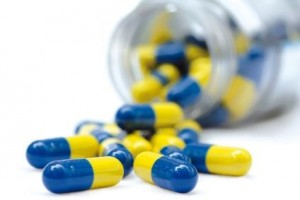 Pringles potato chips use the saying “once you pop you can’t stop”. This seems to be the case with foods within the fast food market, and foods that have been severely processed and modified. We have known for years that high glycemic carbohydrates, that fill most processed foods, cause a spike in insulin levels, which causes a person to feel less full until excess calories are consumed. This pattern has driven the American population to become morbidly obese. It is estimated that 300,000 people die each year due to obesity related problems. The financial cost from this is estimated at $147 billion per year.

This number may paint a bigger picture in people’s minds now that we have a healthcare plan that covers anyone regardless of preexisting conditions and income. If you live a healthy lifestyle, you are paying the cost for someone who has decided to abuse his or her body, but that is a whole different argument.

Let me just say this, while our medical industry has not been in a good position for quite some time, causing our government to feel the need to step in and regulate medical coverage, the major food industry has been bulking of their profits by adding chemicals to increase appetite to a population that is already suffering from obesity. Do you know what chemicals are pumped into the foods you eat and what their purpose is? Many people that have an acute focus on their overall health and well being tend to avoid processed foods altogether, but those who don’t, this article is for you.

When you look at an ingredient label at any grocery store, what do you notice? Most health conscious people have learned to look for hydrogenated oils, tans saturated fats, artificial dyes, and artificial sweeteners, but there are many chemicals that have slipped under the radar that have greatly contributed to an increase in calorie intake and obesity. The chemicals that I am referring have few purposes other than to stimulate the appetite. That’s right, big food companies are adding chemicals to already highly processed foods to increase the amount of these foods consumed, which obviously increases sales profit. Other than increasing the potential for obesity, appetite stimulants often carry other physical and psychological risks. Before we get into the morality of a company pumping their foods full of toxins to increase food sales, I will cover the most common appetite stimulants used today, and I will also discuss the sneaky names used to stay under the radar.
MSG (Sodium 2-Aminopentanedioate)

MSG, commonly known as monosodium glutamate, is the most commonly used appetite stimulant used today, and it ranks third among all commercial flavorings after salt and pepper. There are over 40 ingredients that are used for flavoring that contain MSG, and this large number of ingredients has made it very tough for consumers to avoid this chemical when eating processed foods.

In the 1960s MSG found its way its way into most Chinese restaurants throughout the country. Symptoms such as tingling, numbness, and brain fog were experienced minutes after consuming food from these restaurants, which became known as the “Chinese Restaurant Syndrome”. Just a few years later it was discovered that MSG did in fact kill brain cells. It is now found in thousands of food items on grocery store shelves. MSG is formed from combining the amino acid glutamic acid and one sodium molecule. Most amino acids are easily broken down and utilized in the body. This is not the case with glutamic acid. In fact, when high levels of this amino acid are present it often becomes neuro-toxic. Much of the brain cell damage that will occur from MSG happens in the hypothalamus that controls appetite, and this is what causes hunger shortly after foods with MSG are consumed.

Aspartame (methyl L-a-aspartyl-L-phenylalaninate)
Aspartame, also known as Nutrasweet, Equal, and under its newest trade name Amino Sweet and has been the most studied sweetener over the past fifty years. This sweetener has shown up in thousands of foods and drinks over the years, and it has appealed to many people wanting to enjoy sweet foods and drinks while avoiding high-sugar calories. Aspartame has been shown to have an effect similar to MSG on the hypothalamus that controls appetite. It has been labeled as a nervous system excitotoxin and has been linked to diseases such as Alzheimer’s, Parkinson’s, and ALS. While not everyone consuming this sweetener will experience these diseases, it can surely cause neurological damage if consumed in high amounts.

The dangers of these two flavoring agents have been questionable over the years. Some studies have shown these chemicals to be harmful while some have shown them to be fairly safe. I’m fairly certain that the studies that have shown them to be safe for human consumption were either flawed or somehow funded by the food industry. Studies involving MSG have been more convincing in showing its ability to harm the human brain and body. Millions upon millions of dollars are spent every year to increase sales within the food industry. Marketing departments come up with clever slogans to convince people to eat and drink their foods and beverages. Grocery stores are even told to put boxes of cereals that are pushed towards children at a level they can see well. These boxes of high sugar cereals with little to no nutritional value often have cartoon characters on the box to attract children. While some may depict this as smart marketing, adding appetite stimulants to increase sales is a whole different ball game.

The list of ingredients used containing MSG and Aspartame is much longer than listed in this article. It almost seems impossible to stay on top of the long list of ingredients used as flavoring agents. Oreo cookies list 23 of them. The food industry seems to stay on their toes with food labeling. Ingredients containing MSG are constantly being put together to deceive the customer that does their homework and reads labels on processed foods. We’ve had high sugary foods consumed by the public for years. Diet drinks were almost of unheard of, except for by diabetics thirty years ago, but our population has gotten fatter and fatter since artificial sweeteners and flavoring enhancers have been added. Processed foods have become a big factor to this. Appetite stimulants were not used decades ago, and now they are found in everything from cookies to beer. You cannot avoid these chemicals if you eat processed foods in some shape or form. I am one for convenience and I like the taste of good food, but this fact cannot be ignored. Big food companies are raking in trillions of dollars annually, and now that every taxpayer is paying for everyone’s medical care, this affects us all whether we eat these foods or not. My question here is: Should these big food companies be financially responsible for the medical costs associated with obesity when they have helped to bulk up our population?