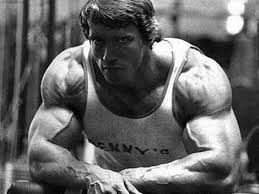 Bodybuilders are a funny group of people. On the outside they’re larger than life Incredible Hulks. And on the inside, they’re shy, insecure, and sensitive. The further along the evolutionary food chain a bodybuilder gets, the more sensitive he becomes. Once a guy breaks into the IFBB pro league, fasten your seat belts and hold onto your syringes, because these dudes tend to get a wee bit uptight. Talking with many of the pros and industry insiders it didn’t used to be this way. Back in the 80’s and 90’s guys had thicker skin, but today? Forget about it. They even coined a new term to describe an overly sensitive bodybuilder, “Butt Hurt.”

Just in the past 3 months we’ve seen the two biggest names in the sport lose their shit over what on the outside most normal people would shrug off and not let phase them. Let me remind you of these scenes for those of you with early Alzheimer’s. First, super guru George “Bullet Proof” Farah made a wager to promoter Jack Titone that Phil wouldn’t place any better than 3rd at this year’s Mr. Olympia. Instead of ignoring these comments, Phil flipped his lid and threw a fit. Then more recently, Jay Cutler had his own little tantrum when Shawn Ray questioned whether Jay would even compete at this year’s Mr. O, calling it all one big publicity stunt by Jay and his endorsers BPI. Cutler is usually calm and collected, but this time he lashed out and on the record told Shawn, “Fuck you.” Not very ambassador-like of you Cuts. Just keep “stackin’ it to the ceiling” and remember to breathe.

Then there was last year’s Mr. Olympia press conference. Man oh man did I love the drama that presser brought. It was Christmas morning to a bodybuilding columnist like me. Branch Warren called out Dennis Wolf and Ben Pakulski in the same breath. Telling them both they need to get back in the gym and stop complaining about where they place. Pakman took it step further and told Branch he was lucky to even be in the Top 3 at the 2012 Arnold Classic, much less come home with the title. Rumor had it that everyone in bodybuilding (minus the fans) was very upset for Ben making those comments about Branch. I guess Branch is one of the untouchables; well, except in my columns. If you ask me it’s hard to be a tough guy when you tear a quad getting out of your oversized F-350 truck. If I can’t drive a Ferrari at 6’3’’ then Warren shouldn’t drive a 9 foot tall truck standing only 5’5’’ – just sayin’. Guessing he never thought buying that big truck would have been the start of his undoing.

And then there was Dr. Layne Norton. Layne, Layne, Layne, you have got to relax with the Twitter rants. I love reading about the research you’ve conducted; no question I learn something new every time you write or speak, but for the love of god we all understand your hate for coaches and so-called gurus ruining their female client’s metabolisms. After about the 40th Tweet on metabolic genocide and the reckoning that’s coming to those coaches who did this to these poor girls, I started to zone out a bit. We got it, you don’t have to eat 500 calories and be shit brained miserable to compete in an NPC or IFBB bikini contest. There, Ian McCarthy you win damn it; go eat your fucking Poptarts.

Somehow between 2000 and 2013, when the internet exploded in popularity, message boards started to dominate and more and more people stopped reading magazines, we saw a shift in sensitivity. The guys on stage and the guys in the board room weren’t all uptight and sensitive. Once upon a time RxMuscle was The Truth in Bodybuilding. Yet somehow between 2012 and now they’ve run off or banned every quality member on their forum and even recently had a tough time admitting they wouldn’t be present at the most anticipated Mr. Olympia in over a decade. You want the truth, Rx can’t handle the truth.

Want my opinion? Bodybuilding’s Mecca needs to return to Southern California away from the East Coast. Weed is legal and the weather is nicer. Lifting weights, dieting, and posing isn’t stem cell research or foreign policy debate. Last I checked it’s supposed to be fun.

Newer Post
Do you sleep badly in the summer? Maybe ornithine can help
Older Post
Insulin in History and Practice