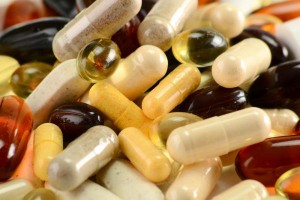 Enough is enough. Everywhere we go, we are being inundated with ads promising us that taking a few pills a day will burn fat. Turn on the television and you hear doctors recommending the latest and greatest fat burner (here’s a little secret: most doctors take only one class in nutrition during their education, and thus know very little about nutrition and metabolism). If you want to waste your money on fat burners, go ahead and stop reading. If you want to learn the truth, keep reading. We’re going to take an evidence-based approach, and see what the actual scientific research says about these popular fat burners.

Bottle-Fat-Burners (1)A Quick Tangent on Research

Before we dissect the 10 most popular fat burners, I want to take a moment to talk a little about scientific research. If you want to skip this section, go ahead, but I think it will help your understanding a lot.

Due to cost and time considerations, a lot of studies are done on rats instead of humans. It’s a lot easier to get 50 rats doing what you want, when you want, how you want. You can see the effects of various supplements across generations and over a long period of time. You can do things to rats you really can’t do to humans.

Rats are great. But they are also not humans (an understatement!). Often times we come across promising research that works in rats but is useless when applied to humans.

Research originally happens in rats and human cells in test tubes or petri dishes. This is an important distinction – a human body spends a lot of energy and effort regulating what goes on within. A human cell inside a test tube is free from those constraints. So what may be extremely effective in a test tube can be completely useless inside our regulated bodies.

Once we start studying humans, even then the quality of research can vary dramatically. Double-blind studies, the “gold standard,” are when you have two groups of people: One takes the supplement you are testing, and the other takes a placebo (usually a sugar pill). Neither the participants nor the researchers know who belongs in what group – this is what makes the test “double blind.” Researchers try to make sure the two groups are mostly the same, so that if any changes do occur, you know it was because of the supplement, and not other factors. The group that takes the placebo is called your control group, and is basically your quality control.

Weak evidence is when you make grand statements while you skip on all that quality control. When you test only on rats; when you test on only a few people; when you don’t do double-blind testing; when you only see what happens in a few days and not over months.

Basically: The quality of research matters. A lot.

Also of importance is that different people can respond to treatments differently. For example, men may respond differently than women in some instances. Other research is conducted on people of a certain body type. Because of their weight and its associated metabolic damage, it’s easier to get a positive response to a supplement when dealing with obese people. When the same supplement is given to people with more normal weight and metabolisms, the positive results can easily disappear.

Now that you know how people can twist legitimate but inconclusive research into “supplement x will make you lose 10lb!” (while they take your cash), let’s actually break down the marketing claims when it comes to the 10 most popular fat burners.

The Claim: A “miracle” fat burner. It’s a source of chlorogenic acid, which gets lost when coffee beans are roasted. Chlorogenic acid is supposed to slow down your body’s absorption of glucose, which promotes weight loss.

The Reality: Green coffee bean was found to have a slight effect in obese people. For people who are merely overweight, it is unlikely to have any effect. Furthermore, the positive research was industry funded, so take that research with a grain of salt.

Other Notables: Surprisingly, green coffee bean extract could be a health supplement in itself! It could help with your cardiovascular system, and potentially cognition too. The research is far too early to make any proper recommendations.

The Claim: 5-HTP is converted to serotonin in the brain, which is supposed to suppress hunger.

The Reality: It does suppress hunger – by making you nauseous! That is the “magic” – taking 5-HTP makes you feel nauseous, and you end up eating slightly less. It should be noted that the oft-recommended dosage of 200mg/day is well below the dosage you need before you notice it.

Other Notables: 5-HTP is actually used to help treat depression, as it gets converted to serotonin in your brain (people suffering from depression tend to have lower amounts of serotonin). For those taking anti-depressants, taking 5-HTP could potentially cause serotonin syndrome, a condition where serotonin reaches toxic levels and can induce cardiac arrest.

The Claim: Superlatives used to describe this fruit-based supplement include: “breakthrough,” “magic,” “holy grail” and “body-fat buster.” Gambooge is supposed to burn fat because it is a great source of hydroxycitric acid (HCA), which is supposed to decrease your appetite. The supplement you buy is usually the HCA extracted from the fruit.

The Reality: Gambooge has research on it dating back to 15 years ago. A recent systematic review (in which researchers look at all relevant research to make a general recommendation) of over 700 participants concluded that gambooge has an irrelevant effect on your bodyweight.

Gambooge is a great example of the rats vs humans issue. While it was very promising in rats, human studies found none of those benefits.

The Claim: Of all the “doctor-recommended” fat burners, this is the most popular one. Extracted from raspberries, this compound is meant to promote lipolytic activity. In simpler terms, it’s supposed to cause fat breakdown.

The Reality: Raspberry ketones were found effective in rat studies, at a very high dosage. That’s it. There is literally zero legitimate research done in humans. Extrapolating from some rat studies and applying them wholesale to humans is disingenuous.

Even the results in the rat studies were pathetic! It was as effective as taking a car from 42 MPG to 42.1 MPG.

Other Notables: Its fame is exponentially greater than its efficacy. Raspberry ketones are the best example of what marketing and vague “backed by scientific research” claims can do. For those who have experienced fish burps, some people get raspberry burps when taking this supplement.

There is some evidence that applying raspberry ketone cream could help improve your skin and hair!

The Claim: There are four main polyphenols (a kind of compound commonly found in nature) in green tea. The most potent of them is EGCG, which is supposed to promote fat burning. The four polyphenols interact with each other in a health-boosting manner.

The Reality: For once, a fat-burning supplement (kind of) delivers! There are human studies that shows consuming green tea/EGCG helps burn more fat and decrease your overall fat mass. While it’s not by a lot, there is at least evidence that it works!

The catch? It seems to only work on those who don’t regularly consume caffeine. If you regularly drink coffee or tea, the fat-burning effects of green tea/EGCG are heavily compromised.

The other interesting note is how healthy green tea is for you! It has positive effects throughout your body such as low-grade anti-oxidative and anti-inflammatory properties paired with a reduction in cancer risk. I drink green tea regularly (even though I think it tastes horrible) just for its health benefits.

The Claim: Caffeine is supposed to increase your metabolism. This lets your body use your fat reserves for energy, which means less fat stored.

The Reality: Caffeine is a potent stimulant, and does indeed increase your metabolism.

But just like green tea, caffeine only works if you are not used to it. As you become a regular user, its stimulant effects wear off, and so does the boost to your metabolism. For caffeine to be effective, you need to cycle its usage.

It should be noted that potent is relative – yes caffeine burns fat, but the bulk of your fat loss will be through your diet. Since you become used to caffeine, it is not an effective everyday fat burner. It can help, but it’s not something you can rely on every day.

Other Notables: Caffeine is a stimulant, and you have to be careful not to abuse it. It increases your blood pressure, and can also negatively impact your sleep if you take it too close to bed time.

The two main dietary sources of caffeine (tea and coffee) have a host of health benefits themselves (we covered green tea above). With that in mind, caffeine is a cool supplement because it has a slight effect on a lot of things: adrenaline, testosterone, workout ability, reaction time and more. Two other interesting sources are yerba mate and guarana.

The Claim: CLA is supposed to interact with the peroxisome proliferator activated receptor (PPAR) system in your body, which is related to fat metabolism inside your body.

The Reality: A common theme emerges – what works in rats does not work in humans. CLA barely interacts with the PPAR system, rendering it unreliable. The end result? No fat burning.

Other Notables: CLA was one of the first promising fat burners, and thus there is a lot of research conducted on it: over 20 human studies! Alas, while most of the other supplements listed here have some other interesting tidbit, CLA seems to be a very uninteresting and boring molecule.

The Claim: Stimulates your thyroid to increase your body’s metabolism. This means less fat is stored.

The Reality: 7-keto is one of three oxygenated metabolites of DHEA, a naturally occurring hormone in your body. Studies do seem to indicate that 7-keto can increase your metabolism, but the quality of research is extremely iffy (due to conflicts of interest). At this time no statement can be made as to whether 7-keto works or doesn’t.

Other Notables: While its parent, DHEA, is a hormone, 7-keto itself is not hormonal (which means less potential side effects).

The Claim: Prevents the breakdown of carbs into simple sugars, so they are not absorbed by your body. As a result, complex carbs pass through your digestive system unabsorbed.

The Reality: White kidney bean extract does seem to reduce the absorption of carbohydrates, but its potency is so weak that it has little overall effect. It’s as effective as having a few less bites of food.

The Claim: L-Carnitine helps shuttle fats into your mitochondria (the “powerhouse” of a cell), where they get burned off.

The Reality: Another supplement which works in theory, but does not work in reality. Supplementation only works in burning fat if you are deficient (which is common only in very elderly people); taking more carnitine than your body needs results in no extra fat burning. This is likely due to your body’s regulatory facilities.

Other Notables: L-Carnitine is used as a brain booster, increasing alertness and neuronal support. It can even help alleviate side effects of aging (neurological, fatigue) for those in a weakened state.