The Missing Link in Pro Bodybuilding 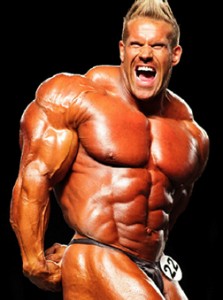 It’s no secret the IFBB hit it out of the park in 2013 with the Olympia Qualification Series. For once we saw the best of the best all compete on one stage, on one weekend, throwing haymakers to either win the title or to boost personal stock amongst the best bodybuilders in the entire world. Kai and Wolf proved they can compete and potentially knock off Heath. And super freaks Shawn Rhoden and Roelly Winklaar continued to charge up the ranks clearly making them the, “best of the rest.” Here’s my problem, what about the rest of the guys?

There has to be more to the points system than to just qualify and finish in 15th place with little to show for it besides a cool Olympia warm-up outfit and bragging rights.

Every fan wants to see pros compete more. I would love to see the Olympia Qualification Series points leader at the end of the season earn a “Bodybuilder of the Year” award based on total points with a nice 6 figure paycheck to go along with it.

Let me qualify what I mean when I say, “every fan wants to see pros compete more.” The most exciting thing I’ve seen in recent memory in bodybuilding was when Shawn Rhoden spent the entire 2012 season competing in 8 shows, winning 4 of them, in a season that spanned the entire calendar year. It’s not enough for fans to see Mr. Olympia win the Sandow and then turn around the next weekend and win an encore presentation at the Arnold Spain or Sheru Classic. What made Rhoden’s 2012 ride so memorable was that he came out of nowhere, but more spectacularly he started his season in February and ended it 10 months later.

Maybe I still have a bitter taste in my mouth from half of the superstars of the IFBB skipping the Arnold Classic, but the goal with awarding a cash prize to the season’s point’s winner is to encourage athletes to compete in the spring and summer. I’ve written about this before, but there could be a strategic trend going on with bodybuilders staying in shape post Mr. Olympia, grabbing a win or valuable points allowing them to virtually take off the entire following spring and summer as they coast into next year’s Mr. O. It’s definitely not a bad strategy, but it certainly takes away from the luster and shine from the United States based shows.

The athlete’s argument may be that these domestic shows don’t pay as much as money as the international. As much as the athlete will always point to needing more time in the offseason to improve, if a sponsor or pro league would dangle a few hundred thousand dollars in the face of a potential point championship (and sliding scale for the Top 5) we might see some huge IFBB names return to shows like the Dallas Europa, Tampa Pro, and sadly The Arnold Classic.

Once upon a time, in what many fans call their favorite era—the 1990’s— the IFBB schedule was headlined by the obvious Mr. Olympia and Arnold Classic, but the Night of Champions and Ironman Pro – now Flex Pro – now off the schedule, were also must do shows for most of the sports big names. It’s great that the IFBB is a true international federation, but my hunch is that the American fans are dying to see more competitive and meaningful shows on US soil throughout the course of the year.

My solution is simple, but easier said than done, “show me the money!” Offer an Olympia Qualification Points championship monetary prize, which will in turn make the Spring and Summer shows more enticing to guys already qualified for the Olympia, which will make the domestic shows – even the Arnold Classic – special once again.

Without the incentive of more money, I wouldn’t be surprised if the trend continues and more pros skip the once storied United States bodybuilding contests.