Newer PostProhibition doesn’t work for alcohol or marijuana, but it will somehow work for guns
Older PostSulforaphane – A Natural Anti-Catabolic
Share on FacebookShare on TwitterShare on LinkedinShare on Pinterest 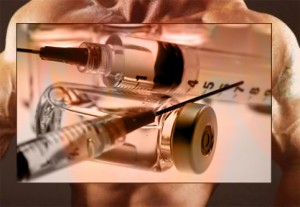 When we consider the extensive increase in knowledge which has transpired over the last century, it becomes readily apparent that modern man has entered an information age unlike any we have ever witnessed before. Like an unrelenting tidal wave, every man, woman, and child is daily inundated with a barrage of information coming from every possible direction and nowhere else is this more apparent than the Internet. At our very fingertips, we have access to an immense world-wide library, in which any subject can be researched ad nauseam at will. This outlet provides us with numerous advantages which were unavailable to previous generations, allowing us to rapidly accumulate knowledge in our areas of interest. At the same time, this online highway is a two-way street, allowing anyone with a computer to freely share and receive information as they see fit. There is no filtering system in place designed to separate truth from opinion or fact from fiction. This can make information sourcing an unreliable process, especially among the less informed.

There is certainly no shortage of online information to be found on the subjects of training, nutrition, and PED’s. Of course, this is a good thing, but being able to differentiate the wheat from the chaff can be difficult, as there is often no objective, universally accepted standard against which we can compare this information, in order to ascertain legitimacy (particularly as this subject matter applies to the sport of BB’ing). Anecdotal evidence gleaned from real-world experience is usually our only reference point. This is in stark contrast to most other areas of learning. For example, if someone wants to know the answer to a physics question, there are several accredited sources which can provide an undisputed answer, but if someone wants to learn how to best apply a performance enhancing drug in order to achieve a specific cosmetic effect, we will run into a dead-end every time.

Unlike the many different careers built on a foundation of mathematics, biology, or chemistry, there are no universities which can instruct us on the optimal application of performance enhancing drugs in athletes. There are no doctors of AAS, no clinics or universities dedicated to the use of PED’s in BB’rs, and among the studies which do exist on steroids, only rarely can they be applied to performance enhancement. While we are fortunate for the studies which have focused on the negative health aspects of these drugs, the institutions which fund these studies clearly find performance enhancement centered research to be unethical and as a result, we are largely on our own when it comes to learning how to best implement these drugs to accomplish specific results in the sports of BB’ing, Strongman, Powerlifting, etc.

This leaves us with a dilemma. Since the internet is the primary learning tool available today (aside from personal experience/observation), a BB’r can approach his education in one of two ways. He can invest a massive amount of time on his education in the sport, gradually learning how to more effectively separate fact from fiction, until he becomes highly knowledgeable (this takes many years). Or…he can invest minimal time on his education, blinding accepting what he reads from those he considers more informed than himself. It is the later approach which is predominantly responsible for the enormous influx of misinformation on the World Wide Web and also represents the overwhelming number of online posters. Further compounding the issue is that misinformation tends to propagate itself, causing falsehoods to spread and eventually be proclaimed as truth. Nowhere is this more apparent than in the area of performance enhancing drugs. Making matters even worse is that the Net has been flooded with individuals seeking to push their own selfish agendas on others, capitalizing on the naivety and ignorance of those who have believed a lie. Sadly, what the deceived view as confirmation only serves to further embolden them in their false beliefs.

Some lies which have recently infiltrated our community, doing more harm than good, are the following:

Of course, drugs are an essential part of professional BB’ing and their importance cannot be under-stated, but where many individuals go wrong is when they presume to know what everyone is doing/using, without allowing any room for genetic superiority to play a role in a BBr’s development. They automatically assume that anyone with pro level development, especially if they look very good, must be using a certain ‘minimum’ amount of drugs. While there is no doubt that some BB’rs are indeed using a massive amount of drugs, there are others who use much less than what the average person might think and contrary to popular belief, a BBr’s ranking is not always indicative of his use. Often, it is the amateur or lower ranking pro who is using a larger dosage, in an attempt to make up for inferior genetics with extraordinary amounts of drugs. While this will work to a “degree”, there comes a point of diminishing returns for every steroid user.

It should be understood that one’s genetic response to steroids is also a significant factor in how far one can take their development. The longer one is involved in the sport of BB’ing, the more likely they are to witness the following scenario. On his 1st cycle, BB’r #1 takes 1 gram of testosterone, 500 mg of Deca, and 50 mg of Anadrol. He gains 20 pounds and keeps 12 of them post-cycle. BB’r #2 takes only 20 mg of Dianabol for 8 weeks and also gains 20 pounds, while maintaining 15 pounds post-cycle. Despite BB’r #1 using 13X as many mg’s of AAS, he did not fair any better than BB’r #2 and actually kept less of what he gained post-cycle. I have heard and experienced cases similar to this many times over during the last 20+ years of my involvement in the sport. Too many times to count I have witnessed BB’r taking a large amount of drugs, only to end up half the size of another guy using 1/3rd the dose.

While personal response to AAS certainly plays a role, it is common for many of today’s posters to deny or minimize the importance of natural talent in building a physique. The fact is that in many cases, those BB’rs who exhibit superior genetics when natural, often seem to respond more favorably to AAS, as well. The common saying…”you can’t turn a house cat into a lion” applies here. Yes, it is true that some guys are super-responders to AAS, who did not seem to possess much of a physique as a natural, but then proceeded to blow up once they got on the drugs, passing up natural genetic superiors by a landslide. If you belong to this fortunate company of individuals, it won’t take long for you to figure it out, as your progress will be rapid and easy in comparison to other steroid users. If after a handful of cycles you have not experienced astounding changes to your physique, clearly demonstrating a unique talent to build muscle, I am sorry to break it to you, but you do not fall into this category. There will never come a point, after doing a certain number of cycles, where muscle-building all of a sudden becomes easy for you.

In reality, building muscle becomes more difficult the longer you continue to use steroids (assuming all other factors are equal). It is quite sad to see some BB’rs delude themselves into thinking that they will someday build a pro physique if they continue pumping in the drugs, even though they have been using steroids for 3-4 years and aren’t even placing in the Top 3 at a state level show. If you have pro potential, it will normally reveal itself quickly. Assuming a BBr’s has built a solid natural foundation and their training & nutrition is on track, if they aren’t able to be competitive on a national level after 3 years of steroid use, they should start considering the fact that life as a professional BB’r is not in the cards for them. There will always be some who achieve success against the odds, but betting on that hope isn’t wise. This is not meant to crush anyone’s dreams, but just to provide a reality check for those impressionable guys who have been told that steroids are the be-all, end–all to BB’ing success.

With the last few paragraphs being less than inspiring, I would like to conclude by briefly touching on another frequently neglected truth, which in many ways is the polar opposite of the analytical approach presented above. This last factor is ‘heart’…the ability to give more in the face of adversity and never give up. While it is exceedingly unlikely that poor genetics will be able to overcome gifted genetics, even in the face of superior work ethic and determination, it is very possible for an individual with less than perfect genetics to overcome a genetic superior by demonstrating those attributes religiously. When attempting to assess your BB’ing potential, you must be able to discern well-placed hope from delusion. In order to do so, you need to be able to perform an objective and accurate self-evaluation. If you cannot evaluate your potential accurately, find someone experienced who can. Regardless of your ultimate potential, BB’ing can and should always remain a fixture in your life, but by knowing where and how to place your energies effectively, you are likely to find more happiness and less disappointment in life.