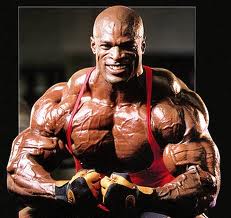 These days, the use of Aromatase Inhibitors has become commonplace and with good reason. As a whole, they are a potent category of drugs, capable of effectively managing systematic estrogen levels even when using excessive amounts of aromatizable steroids. Prior to the advent of anastrozole (Arimidex) about 15 years ago, most BB’r relied primarily on the S.E.R.M, Nolvadex, in order to keep estrogenic side effects at bay. Its main function was the prevention of gynecomastia, of which it did a marvelous job (an application for which it is still prized today), but its limited scope of action made it entirely inept at combating many of the estrogenic side effects we face as BB’rs. This includes water retention, female fat pattern distribution, sexual dysfunction, and elevated blood pressure, to name a few.

These were significant concerns and naturally, it had a major impact on the way BB’rs used steroids. When A.I.’s hit the scene, suddenly we no longer had to worry about these things. In removing these previous limitations, new doorways were opened and it revolutionized the way we looked at steroid use. There is no doubt that A.I’s have been a blessing to steroid users of all types, but when attempting to keep estrogen in check, are A.I.’s always the best choice? This will largely depend on who you ask, but in my opinion, the answer is a definite no. So, what is this alternate method of estrogen management and why should we consider it over conventional A.I. therapy? In order to locate these answers, we must travel back to the early 1960’s; to a time when steroids were considered big money in the pharmaceutical industry and chemists were working hard to find steroids capable of treating various medical conditions.

One such steroid that came into existence in those days was Drostanolone propionate (trade name, Masteron), which was created for the express purpose of treating female breast cancer. So effective was Masteron for this purpose that it was widely acknowledged as the preeminent therapy of choice for many years. Like the A.I’s, Masteron exerts its anti-estrogenic effect through aromatase inhibition, making it more comprehensive than Nolvadex in its ability to treat estrogenic side effects. Knowing this, why wasn’t Masteron used more frequently than Nolvadex, prior to the release of the A.I’s? The answer is price and availability. Remember, the emergence of UGL’s as the dominant source of blackmarket AAS is a fairly recent occurrence. For decades, PED’s were delivered to the blackmarket via pharmaceutical diversion and with Masteron being unavailable in America, the only way of obtaining it was through importation. In addition to the availability issue, the high incidence of fakes and the prohibitively high price tag led many to view Masteron as a novelty, or exotic steroid. In America, its usage was nowhere near as prevalent as other, similar physique altering drugs, such as Winstrol or Anavar.

This all changed when the UGL became the dominant source of steroids for BB’rs worldwide. Unlike the pharmaceutical industry, in which steroid production was governed strictly by medical need, UGL’s originated out of a desire to serve the BB’r. This meant that steroid production, whenever possible, would be based on customer demand. As you can imagine, this brought drugs like Masteron out of obscurity and into our medicine cabinets. No longer faced with availability issues and prohibitively high prices, BB’rs were now able to obtain Masteron with relative ease, but the benefits did not end there. We now had access to a wide variety of previously unavailable drugs, as well as a slew of older drugs with new modifications. Gradually, Masteron lost its novelty status, but it continued to grow in popularity. By the time UGL’s were in full force, A.I. usage was already widespread and had become the go-to remedy for estrogen management. Masteron was only occasionally considered for this purpose and despite its original application, it was recognized more as a cutting/pre-contest drug than a viable alternative to A.I. therapy.

Why should Masteron be considered as an option the next time you need an anti-estrogen? The most obvious reason is because it is a steroid! In addition to prohibiting estrogen formation, its significant muscle & strength building effect will contribute positively to any cycle. This dual-application makes Masteron unique, both as an anti-estrogen and as an anabolic steroid. In addition, Masteron has developed a strong reputation as a sexual aide, due to its ability to dramatically increase sex drive. It is often included in a cycle (or otherwise) expressly for this purpose. One interesting fact about Masteron is that it may be the only steroid capable of functioning in 3 entirely different capacities (anabolic, aromatase inhibitor, and sexual enhancement aide) as a standalone product. Sure, there are other steroids out there capable of providing one or more of these effects, but only Masteron can provide all three with such efficiency that it can stand on its own in all 3 areas. Therefore, it seems somewhat inappropriate to limit Masteron to the title of “anabolic steroid” when it can be effectively used for a variety of purposes.

When using Masteron as your anti-estrogen, dosing will be determined primarily by the amount & type of aromatizable AAS included in your cycle. In short, as the dose of aromatizable drugs rises, so too will the body’s need Masteron, if you wish to keep estrogen levels normalized. In terms of reliability, Masteron performs well when combined with low to moderate amounts of aromatizable drugs, but it becomes less cost effective when used alongside large amounts of highly aromatizable drugs, such as testosterone. It can still be used effectively under these circumstances, but for most of us, the dose required would no longer be worth it from a financial standpoint. With so many different aromatizable steroids available to BB’rs, I am not going to go over the ratios required for each one, but I will touch on testosterone. Generally speaking, a ratio of 3:1 (testosterone to Masteron) is adequate to prevent the occurrence of estrogenic side effects in the majority of individuals.

As we’ve seen above, Masteron supplies multiple benefits not found with traditional A.I.’s and is suitable for use with many different types of cycles. If you have not explored this option previously, you may want to look into it for your upcoming cycle. I decided to do so myself about 2 years ago and have not been disappointed. While I will still occasionally employ traditional A.I.’s when needed, I prefer to use Masteron in most cases. Being that Masteron accomplishes all I want it to and it also makes me look better, it will likely remain my go-to anti-estrogen of choice for quite some time.