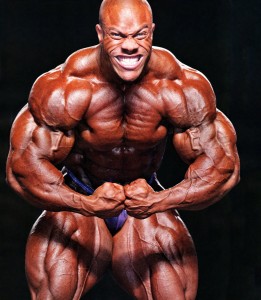 The story lines at this year’s Mr. Olympia contest are nothing short of immense. Jay and Victor are making their returns. Heath is going for a 3-peat. Wolf and Branch are back having taken a full off season from the stage. Dexter Jackson and Shawn Rhoden are both red hot and have the classic lines bodybuilding fans go wild over. And Big Ramy has taken the sport by storm as he packs muscle on top of muscle with aesthetics to boot. When the smoke clears and the Sandow trophy is handed out, the talk of Vegas could likely be the epic call-outs instead of who actually takes home this year’s world championship.

More than any of the matchups mentioned I’m more on the edge of my seat to see a first call-out between Phil, Kai, Ramy, and Jay. What will 4x Mr. Olympia Jay Cutler look like after having his biceps repaired over a year ago? Will Ramy be able to come in with enough condition to go toe-to-toe with Kai? And if everyone brings their ‘A-game,’ can Heath’s narrow structure hold up against guys that are clearly mass monsters?

The big news this summer was the emergence of super mutant Big Ramy and his upstaging of New York’s own Victor Martinez during his return to bodybuilding at Mays New York Pro. If you don’t think the hometown fans and IFBB officials didn’t want to see Martinez win in his comeback show you would surely be mistaken; but the mass, proportions, and conditioning of Ramy were simply too much for Victor to handle. He dominated in his pro debut and dropped shockwaves throughout the pro league, officially putting everyone on notice that he’s here and means business.

When you highlight my dream callout and then become infatuated with Ramy, that leaves you with a whole slew of competitors that might be on the outside looking in for the first times in their careers. There are five guys who, in any typical show, could all fight for the top spot: Dennis Wolf, Victor Martinez, Branch Warren, Shawn Rhoden, and Dexter Jackson; but at this year’s Olympia each of them could easily drop out of everyone’s memory very quickly.

Let me explain. You see, Branch’s legs might have finally said, “To hell with these ugly ass reps,” and call it quits. No matter how many deadlifts, bent over rows and donkey raises Wolf does, it’s pretty clear he’s never going to improve on those meek lower lat attachments or pitiful calves. And for whatever it’s worth, I love the physiques of Rhoden and Dexter; but unless Chris Aceto and George Farah discovered some kind of new myostatin drug or stem cell gene mutation they won’t stand a chance against hungry pit bulls Kai, Phil, Ramy, and Jay in the all-important Mr. Olympia mass department.

So something has to give, right? Nobody can predict exactly what is going to happen at the Mr. Olympia. The devil is in the details. Every year something or someone is bound to upset Shawn Ray’s Applecart. Bob Chick and Lonnie Teper think they can prognosticate the outcome, but in reality nobody knows. A clear cut favorite will have a “Getbig” sized meltdown. Hany will dehydrate the spinal fluid out of a competitor and Farah will inevitably over carb someone into the Stay Puffed Marsh Mellow Man. Aceto will forget to spray tan one of his athletes and somehow it’ll all be blamed on Dave Palumbo. It’s the nature of the business. Aaron Singerman will misplace his iPad and camera, @MusclePhone will lose his wireless reception, and Flex Wheeler will continue to sound like American Idol’s Randy Jackson on his MD pre and post-show wrap ups, “dog.” That’s the Olympia for you. We think we know what’ll happen this September, but guess what, we don’t, no matter how many Twitter rants the show’s online host, Layne Norton would lead you to believe.

With all the headline, sideline, and backline stories leading up to this year’s contest there’s no question I’m predicting the 2013 rendition of Joe Weider’s Mr. Olympia to be the best of all-time.