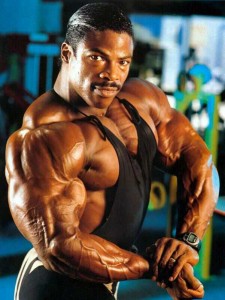 Sulforaphane is a molecule within the isothiocyanate group of organosulfur compounds. It exhibits anti-cancer and antimicrobial properties in experimental models. It is obtained from cruciferous vegetables such as broccoli, Brussels sprouts or cabbages. It is produced when the enzyme myrosinase transforms glucoraphanin, a glucosinolate, into sulforaphane upon damage to the plant (such as from chewing) which allows the two compounds to mix and react. Young sprouts of broccoli and cauliflower are particularly rich in glucoraphanin.

If you train to the point of exhaustion you may benefit from taking a supplement containing sulforaphane, a compound that occurs naturally in brassica vegetables. According to an animal study published by biochemists at the Alma Mater Studiorum Universita di Bologna in the Journal of Applied Physiology, sulforaphane protects muscle cells during extreme exertion.

Okay, okay, strictly speaking sulforaphane isn’t found in fresh brassicas. Vegetables like radishes, sprouts, broccoli and cauliflower actually contain the glucosinolate glucoraphanin [links here below]. But if you cook cabbage, cut it up and chew it – and wait for micro-organisms in your gut to digest it – the compound changes into sulforaphane [below right].

The results of test-tube studies suggest that sulforaphane is a very interesting substance for athletes. It induces stem cells to develop into muscle cells and – another plus for strength athletes – deactivates the muscle inhibiting protein myostatin.

Most nutritionists regard sulforaphane as a substance that boosts the activity of endogenous antioxidants. Epidemiologists suspect that sulforaphane is part of the reason why people who eat large amount of cabbage-related vegetables are several tens of percent less likely to cancer than people who never eat brassicas. [Cancer Epidemiol Biomarkers Prev. 1996 Sep; 5(9): 733-48.]

A diet that is rich in cabbage-related vegetables eliminates aggressive compounds and therefore prevents healthy cells from turning into cancer c ells. The Italian study that this posting is about takes the same view as the epidemiological studies.

The researchers gave rats a daily portion of 25 mg sulforaphane per kg bodyweight for three days, injecting it directly into the rats’ gut. A control group was given no active substances.

The figures below show that the researchers found less creatine kinase and LDH in the blood of the rats that had run on the treadmill when they had been given sulforaphane. That is an indication of less muscle damage.

The researchers found less malondialdehyde – an indicator of damage from free radicals – and more antioxidant activity in the muscles in the ES group than in the E group. Moreover the researchers found higher levels of the antioxidant enzymes glutathione-S-transferase and glutathione-reductase in the muscles of the ES group than in those of the E group. 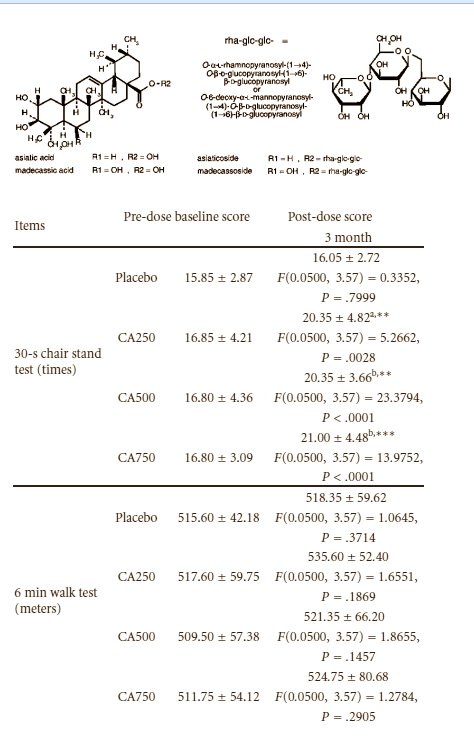 If these effects also occur in humans, then sulforaphane supplementation is an interesting prospect for athletes. Sulforaphane may speed up muscle recovery or make it possible to perform more intensive workouts. One problem is dosage. The human equivalent of the dose used in the experiment is extreme: 200-400 mg per day. You’ll find how to calculate the dose here.

“Further studies are needed to define whether sulforaphane oral administration through dietary supplements is also able to exert similar protective effects”, the Italians write. “We are now evaluating, in a rat model, this possibility through the dietary administration of sulforaphane-enriched extracts.”

Sulforaphane (SF), one of the most important isothiocyanates in the human diet, present in cruciferous vegetables, is known to have chemopreventive activities in different tissues. No data are available on its effects in the prevention of skeletal muscle damage. In this study, we investigated the potential protective effects of SF treatment on muscle damage and oxidative stress induced by an acute bout of exhaustive exercise in rats. Male Wistar rats were treated with SF (25 mg/kg body wt ip) for 3 days before undergoing an acute exhaustive exercise protocol in a treadmill (+7% slope and 24 m/min). Acute exercise resulted in a significant increase in plasma lactate dehydrogenase (LDH) and creatine phosphokinase (CPK) activities. It also resulted in a significant increase in thiobarbituric acid-reactive substances, in a significant decrease in tissue total antioxidant capacity, and in a significant decrease in NAD(P)H:quinone oxidoreductase 1 (NQO1) expression and activity in vastus lateralis muscle. SF treatment significantly increased muscle NQO1, glutathione-S-transferase, and glutathione reductase expression and activity, with no effect on glutathione peroxidase and thioredoxin reductase. The observed SF-induced upregulation of phase II enzymes was accompanied by a significant increase in nuclear erythroid 2 p45-related factor 2 expression and correlated with a significant increase in total antioxidant capacity and a decrease in plasma LDH and CPK activities. Our data demonstrate that SF acts as an indirect antioxidant in skeletal muscle and could play a critical role in the modulation of the muscle redox environment, leading to the prevention of exhaustive exercise-induced muscle damage.