Re-Visiting – The Pussification of Bodybuilding 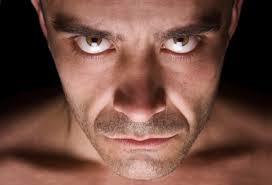 Calling a bodybuilder a pussy is an oxymoron unto itself. Even the softest of bodybuilder is still tougher than the majority of athletes out there. It’s the equivalent of calling a bad fighter in the UFC a wimp. But when the bar has been set so high by the likes of Yates, Ray, Coleman, and Heath there are a lot of guys today that want the juice, but can’t handle the squeeze.

The NPC Nationals just passed and the overwhelming response was that the guys simply didn’t show up in shape. Beyond the lack of razor sharp conditioning, many of the athletes were lacking the thick and rugged backs that we’ve come to expect at such a prestigious show. I don’t want to put the blame just on the amateurs; we’ve seen the same level of performance from a lot of the pro shows in 2013. For the most part, the top half of these shows is exceptional, but outside of the top 3, it looks like Amateur Night at the Apollo.

This shouldn’t really come to a surprise to any of us. IIFYM and steady state cardio have been the buzz topics the past few years. If anyone can actually get into Yates-esque shape on 3.0 treadmill speed you need to buy a lottery ticket, because you might be the luckiest person on Earth. The trouble is that most bodybuilders put cardio as an after-thought; something they can do without putting too much mental energy into. Yet when you ask a bodybuilder like Ben Pakulski, who always comes in mint condition; he takes his cardio just as seriously as his leg training. And that is the missing component for most bodybuilders.

Now mix in nutrition to the pussification. A very well-known contest prep coach in the industry allows his athletes to have two “professional” cheat meals per week in the off season. According to him, this doesn’t mean cakes, cookies, or fried chicken. In fact, he’s explicit in saying no refined sugar or fried foods. A professional cheat meal might be indulging in a larger proportion than normal or popcorn at the movies. It’s funny how one prep coach can talk about going to McDonalds on the regular and it spreads like wildfire throughout the industry.

And drugs, forget about it. Where do you even begin? Every year it seems like guys take more and more while training less and less. That’s a cocktail for sloppy glutes and a watery back. Does anyone really think peptides, 4 grams of gear, 10-15iu of growth, insulin, and GNC caliber supps are all necessary? Did anyone stop and think it might be just a bit overboard? Even if you’re a mega-doser, do you really need to diversify your drug portfolio with 15 different things or could you at least be a little sensible and use, I don’t know – 5 things?

The one key thing that resonates across the bodybuilding community is that everyone is up in everyone’s business. Why does that matter when talking about being a pussy? Well, because everyone wants to know what everyone else is doing so they can do a little less. Does anyone want to bet that a “IFBB Contest Cycle” is more heavily searched for on Google than, “IFBB Cardio Program”? Simply put, we all want to do less – even the best of the best.

Will we see anything change? Optimistically I believe so. Everything goes in cycles and eventually the tide will turn back to hard work. Unfortunately that could be in 2 years or 20. In the meantime, do some fucking cardio that gets you out of breath.