Peptides and their Place in a Bodybuilder’s Program? 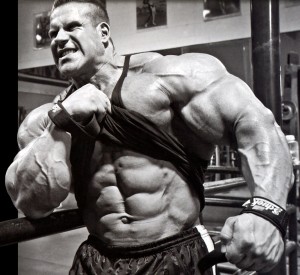 It has been about a decade since peptides were introduced to the BB’ing community on a large scale. Prior to that time, there were rumblings of IGF-1 being circulated among some of the top pros, but by and large, this class of drugs was not yet discussed or available to the public. As the years passed by, we saw more and more drugs which carried the title of peptide, hit the market. However, a lack of clinical research, availability issues, contradictory information, and the rapidity with which new products were released into the marketplace left many BB’rs with unanswered questions.

Surely, the use of the word “peptide” is at least partially to blame for this problem. A general term, the word peptide is somewhat ambiguous in nature, as it is used to describe vast array of different compounds. Unlike anabolic steroids, peptides are not a single class of drugs with uniform effects. Rather, they encompass a broad range of different compounds which promote a diverse physiological response. There are literally 1000’s of different peptides in the world, many of which have no legitimate application in bodybuilding. Even when limiting this conversation to those peptides specifically used for BB’ing, we are still left with about a dozen or so categories of drugs to familiarize ourselves with. With so much to learn, it is easy to see why there is so much confusion surrounding this topic.

A peptide is defined as a chain of 50 or fewer amino acids with an amino-carboxyl end, although there are exceptions to the rule. They are closely related to proteins, differing only by the amount of amino acids present in the chain. Often, the two terms are used interchangeably. For example, insulin is both a peptide and a protein. Peptides can be natural in origin and found in our daily diet (leucine peptides) or they can be synthetic drugs produced in a lab (IGF-1 LR3).

Most BB’rs have a tendency to view peptides as a new breed of performance enhancer, when in reality they have been in use by BB’rs for over 30 years. The first of these to come on the scene were insulin and growth hormone. Indisputably effective, these 2 drugs, along with AAS, form the backbone of most elite PED regimens today. However, it wasn’t until the emergence of IGF-1 that the word “peptide” was introduced to the public and the market began to take on its present form. Ever since then, there has been no shortage of opinions regarding the role of peptides in a BBr’s program. Some have proclaimed them to be the holy grail of performance enhancement, while others have derided them, urging others to stay away. Both perspectives are silly and demonstrate ignorance on the subject as a whole. Making such a generalized statement would be akin to saying all drugs are either good or bad. Obviously, such as statement would never be taken seriously. One must first know what the drug is and what it is supposed to do before being able to render any sort of opinion on its effectiveness. It is no different with peptides.

Some of the most common classes of peptides used in BB’ing are the IGF-1’s (muscle growth & recovery), GHRP’s/Ghrelin Mimetics (GH release/appetite stimulation), GHRH’s (GH release), Melanotropins (tanning & libido-sexual function improvement), and the Thymosins (reparation of injured or damaged tissues/ injury prevention). Often times, it can be difficult to distinguish between the all various peptides, research chemicals, and proteins sold through peptide companies, due to the sheer number of drugs available.

Whether or not a particular peptide has value will depend on his needs and/or goals of the BB’r. Many peptides offer benefits not found with traditional AAS, while others act more as adjuncts, complimenting the growth & recovery aspects of AAS. When it comes to muscle growth, one should always remember that AAS form the foundation of any successful PED program. No other category of drugs has been proven to enhance the hypertrophy process as powerfully as steroids have. This is important to understand, as it helps the prospective peptide user set realistic expectations regarding potential results. Growth & recovery peptides are not a replacement for AAS. Rather, the two work synergistically to improve results beyond what can be achieved with AAS alone and typically, they do so with little to no serious side effects.

The IGF-1’s are a prime example. Users of these peptides should not expect to blow-up overnight, but they should expect consistent and noticeable increases in muscular size, fullness, and recovery rate. Some may argue that AAS already elevate IGF-1 levels, thereby negating the need for additional IGF-1. However, AAS do a comparatively poor job at this, leaving this growth mechanism largely un-tapped.

Other peptides offer benefits outside the realm of muscle growth, indirectly benefitting the BBr’s physical wellbeing and health. An example of this type of peptide would be TB500 (Thymosin Beta 4.) TB500 is a naturally occurring peptide involved in organ-tissue protection, repair, and regeneration. One of its many functions is to increase the rate of collagen synthesis, while simultaneously reducing inflammation and accelerating wound healing in general. Traditionally, it has been used in horse racing due to its unique ability to sustain connective tissues (cartilage, tendons, and ligaments). This is an obvious benefit in a sport with tremendous physical demands.

When it comes to steroid-using BB’rs, the benefits may be even more pronounced. Studies have shown that testosterone use (as well as other AAS) alone can reduce collagen production by up to 80%. When coupled with the repetitive stress of weight training, it is easy to see why connective tissue injuries rank among the most common in BB’ing. TB500 can help reverse the deleterious effects of AAS on collagen synthesis, thereby reducing the chance of injury. This is just one of many benefits associated with this peptide and with 100’s of published studies documenting its effectiveness, it is worthy addition to the program of any BB’r seeking to correct or prevent these training related issues.

Any discussion on peptides would not be complete with mentioning some of the newer proteins which have entered the market. Since the distinction between proteins and peptides is blurry at best, it only makes sense to include them in the conversation. A perfect example are the myostatin inhibitors. Containing 100’s of amino acids in a precise sequence, these compounds are both difficult and relatively expensive to make. Of all the newer peptides-proteins, these are easily the most effective for stimulating growth. As technology continues to improve and we find cheaper ways to manufacture these drugs, look for them to take up residence in the programs of BB’rs everywhere.

Perhaps you’ve tried a “peptide” in the past and were less than impressed. Maybe this experience convinced you that peptides were not worth it or discouraged you trying something else. If so, I can understand your hesitation. I have had a few experiences like this myself, but I have also come to rely on some of these products on a daily basis. I cannot even begin to tell you what a blessing the ghrelin mimetics have been for me. Many guys who have trouble eating will tell you the exact same thing. It is outside the scope of this article for me to list the names and uses for all the peptides-proteins currently available, but as you can see, each compound is unique and should be evaluated individually to determine if it is a good fit for you. So, before consigning these drugs to also-ran status, do a little research. Who knows, you just might end up making an addition to your list of favorites. I know I have.