Is This The End of the Road for Jay Cutler?

by Matt Meinrod Will this weekend’s Mr. Olympia be the last for 4x champ Jay Cutler? That’s what many of the sports pundits and fans are chirpi 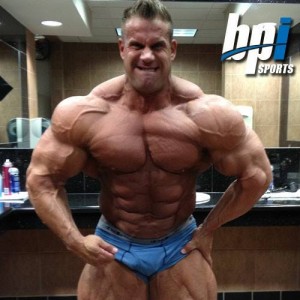 Will this weekend’s Mr. Olympia be the last for 4x champ Jay Cutler? That’s what many of the sports pundits and fans are chirping about in the days and week’s leading up to this weekend’s mega contest extravaganza. Where did this wide-spread speculation come from, and what’s really going to happen to Jay Cutler after Bob Chic makes the final announcement in just 4 short days?

Call it intuition or even reverse momentum, but the entire bodybuilding world could feel a shift in power two years ago when Phil Heath dethroned a hampered Jay Cutler to win his first Olympia title. While many were arguing Cutler had a foreign substance in his puffy left biceps, Jay was swift to mention that he partially tore his biceps in the week prior while picking up a dumbbell. While I personally thought it was a bad reaction to synthol or some other oil, I gave Cuts the benefit of the doubt when he had surgery a few months after the loss.

If we all remember, Jay lost several pounds of muscle during the course of the rehabilitation process and seemed happier than ever, slim and trim and promoting the now defunct Alpha-Helix brand of supplements. So much for having the “Midas Touch” on everything, Jay; kidding aside, Cutler appeared more than content to fade into the sunset having captured 4 Sandows and placing no lower than 2nd for 10 consecutive Olympia’s he entered—a masterful run that many have tried and fewer have accomplished. His legacy was cemented and his dynasty was confirmed.

All of that came to a screeching half after last year’s Mr. Olympia contest. Phil had just nudged out Kai, Alpha-Helix was sputtering, and you could tell Jay wasn’t ready to pack it in and call it a career. We saw him sign a new contract with BPI and he embarked on a 6 month bus tour of America promoting himself, the business, and the sport of bodybuilding. Soon Jay would announce that the 2013 Mr. Olympia would be his return to the sport.

But why comeback when you’re already a living legend?

It’s not like we haven’t seen similar comebacks like this before: Michael Jordan with the Washington Wizards and Brett Favre with the New York Jets and Minnesota Vikings. Sure, it worked out for George Foreman, but unless you were born before 1980 he’s better known for his grill than his uppercut.

On Real Bodybuilding #5, Aaron Singerman pointed out that Jay certainly wasn’t making this comeback for money. Everyone in the sport has been in awe of Cutler’s ability to brand himself and make good business decisions on and off the stage. Although the $250k to the winner isn’t chop liver to the champ, Singerman argued that Jay didn’t need the money. I do agree that the initial lump some might not be staggering to Cutler, but the trickle-down effect that the title of Reigning Mr. O holds has a much higher value in endorsements, appearances, and merchandise sales.

At this point we can all assume that Jay is one of the most competitive athletes ever to compete in the IFBB. Maybe only the man himself, Arnold Schwarzenegger had the same drive and fire in his belly that Cutler possesses. And we can all also assume that Jay loves money, tons of it, stacks of it. The next question remains what does Jay do next?

Win or lose he can’t accomplish anything else. If he loses he’s playing with house money and if he wins he’s playing with house money – at least for one more year. Singerman mentioned Cutler’s desire to do one more Arnold Classic. For what? Does Jay love Hummers or something? It’s one thing to try and beat Phil Heath for the pure enjoyment of beating the Frankenstein he created, but to return to a show you haven’t sniffed in over a decade seems kind of questionable.

I think this Saturday will be an end of one of the greatest bodybuilding careers the IFBB has ever witnessed. A win would mean iconic status and a loss would be a true changing of the guard. Win–Win for Jay Cutler and a Win–Win for bodybuilding.