Is the Effect of Fish Oil on Fat Loss Overblown? 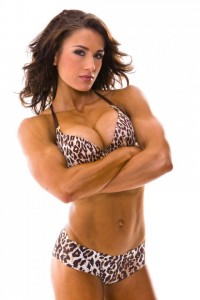 “None of the studies reported a statistically signiﬁcant effect of ﬁsh oil treatment relative to placebo. Further analysis showed no relationship between body weight change with intervention duration, or n-3 dosage, nor any funnel effect with study sample size. This analysis does not support the hypothesis that daily n-3 oil supplementation reduces body weight and BMI in the overweight and obese.”

First, drawing such a definitive conclusion based on data from only 4 studies, that in addition are heterogeneous, is misleading.

Second, the studies didn’t provide enough information to allow the meta-analysis to adjust for factors that might abrogate the fat loss effect of the long-chain omega-3 fatty acids EPA and DHA, found in fatty fish and fish oil.
Factors abrogating the anti-obesity effect of omega-3 fatty acids.

The macronutrient composition of the diet affects the effects of fish oil [6, 7]. For example, the amount
and type of carbohydrates, the levels of omegs-6 fats, linoleic acid in particular, in the background diet might influence the anti-obesity effect of n-3 PUFAs [7]. Also, medications have been shown to interfere with the effects of omega-3 fatty acids [8, 9].

However, none of the studies included in the meta-analysis provided detailed data on diet composition. The following was the information given:

As discussed in a review published in 2010, the lack of consensus on the fat loss effect of fish oil in human intervention studies is mostly related to study design [10]. This review concluded that human intervention trials indicate potential benefits of long-chain omega-3 supplementation, especially when combined with energy-restricted diets or exercise, but more well-controlled and long-term trials are needed to confirm these effects and identify mechanisms of action [10].

Many factors have to be taken into consideration when evaluating the effect of fish oil on fat loss; dose (both total omega-3 and individual omega-3 fatty acids), ratio of EPA to DHA in the supplement, background diet, calorie restriction versus non-calorie restriction, duration etc. As of this writing, there aren’t enough studies on which to draw a definitive conclusion, as was done in the meta-analysis. If the meta-analysis had added as an inclusion criterion “studies that report data on confounding factors” there would be no meta-analysis.