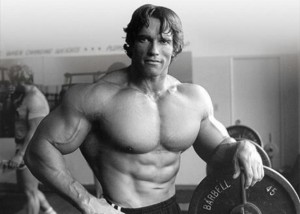 Have we all been sold a bag of lies? Bodybuilders, bro-scientists, and even real scientists have said for decades that testosterone is the kind of kings. For a man looking for better hormone health through HRT this is clearly true, but when the discussion switches to bodybuilding have we all been brainwashed from Day 1? European bodybuilders and even many guys in the US are switching their approach.

Ask anyone who has used steroids what advice they were given on what to take for a 1st cycle and you’ll hear two sides. The first is dedicated to the guy scared shitless of taking something, but he just can’t help himself. He Googled himself stupid with queries like, “safest steroid with least side effects,” and ends up taking Primo, Anavar, or maybe even Winny. Then there is the gutsier “bro” that starts off with a Test only cycle and may even throw in a mild dose of dbol.

Once that first cycle is in the books these two guys inevitably meet in the middle at Round 2 and start banging their heads against the wall with test and more test. By their 5th cycle they’re already taking as much as a veteran NPC Nationally qualified competitor.

When I first got exposed to exogenous testosterone several years ago, 1,000mg of Test per week was considered heavy. That number has exploded these days to twice that amount. Granted, the purity back then was considered better, but that doesn’t mean everyone using high doses today isn’t actually shooting what the bottle claims.

Ok, so we know the good that comes with taking testosterone: swagger, libido boost, muscle growth, and moderate strength gains. But once past a certain threshold the Law of Diminishing Returns comes into effect and the negatives enter the equation. Most of them are obviously avoidable if the proper precautions are taken, but one that can’t be denied is the smooth appearance it gives the off season bodybuilder if the Androgenic/Anabolic ratio isn’t in the right balance. This is the key component in the cycle methodology between American bodybuilders and European bodybuilders.

Does 2,000mg of Test really work any better than 1,500mg? And even if there is a difference, is it so much better that those not pushing limits of Test are missing something? Euro “bros” would certainly say lesser Test is better and judging by their physiques I’d say they were onto something. If you didn’t know yet, European bodybuilders use a much greater amount of anabolic steroids compared to the heavier and harsher androgenic.

Were these guys not influenced by the 90s like everyone in the US? I knew it took Flex and MD 6 weeks to get their mags out to post contest results, but dang, news must really travel slow to places like Greece and Albania. And until Big Ramy, everyone coming from the Middle East had an incredible level of conditioning too.

You’re wondering what these Euros are actually doing? Reports are modest amounts of Test slightly above our HRT standards, but heavy on anabolics like EQ and Primo. I know what you’re thinking, “Sure would be nice to get $3 amps of Primo. To take 1200mg per week of it I would have to put a second mortgage on my house.” That’s probably true, but on the other side who wants to live in Albania?

Now that I know the crew from the movie “Taken” is surely to be after me, I’ll prove the source of the problem and how it started: the Anabolic Steroid Act of 1990 a.k.a. “The Fuck All” of rules ever implemented on hard working dedicated bodybuilders. Once that law went into effect, steroids became hard to get and acquiring Test was much easier to get ahold of than things like Primo or real Parabolan. After that, it’s all mathematics and the Test doses start getting out of hand.

The same thing has happened with street drugs. Criminalize weed and there’s bath salts. Now, we’ve got a harsher version of heroin called Krokodil that literally eats the person using it. Now I’m not for the legalization of all drugs, but when you start to control the population, the people will always find a way to have it their way and the end result might not be what the law makers had in mind.