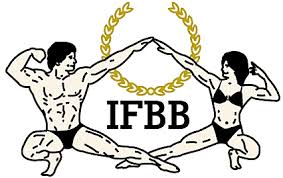 This touchy and rarely discussed topic seems to be one of the most misunderstood and elusive in the entire bodybuilding and fitness industry. Athletes sign exclusive “media” contracts and “media” companies pander to those above them for the all mighty press pass. For those on the outside looking in it doesn’t add up, but after further review, the players in the game are merely akin to those of a piece on a chess board. Each piece is strategically moved into the right position for an eventual sneak attack, the naïve consumer never saw coming.

Here’s how it all works. First we have to start with the media companies signing athletes. Let’s be clear for a minute, they really aren’t media companies, but more like advertising firms. To compare MD or Flex to that of Sports Illustrated or ESPN the Mag is laughable. Tiger Woods and LeBron James can do interviews with whoever they want. But in bodybuilding, it’s easy to take advantage of the broke bodybuilder by dangling a contract in front of his face. A real exclusive contract with more teeth behind its bark would be a supplement company like BPI. You would never see Jay Cutler doing an interview with another supplement company; And why? Because they’re selling something. So clearly MD and Flex are selling something and shouldn’t call themselves media companies.

See, in bodybuilding we call it an exclusive contract, but in the real world you might sign a “non-compete.” This is nothing new to most of you. Even a lot of gyms require their trainers to sign non-competes in case they decide they no longer want to work at their gym. In many cases you can’t regain employment at a gym within a certain radius of your former employer or you’ll have to wait sometimes up to a year. Again, this all makes sense when someone is selling something and has something to lose. In the case of the gym analogy, they’re in danger of losing commissions from their trainer and with a magazine company they’re in danger of losing their exclusivity. And there’s nothing wrong with that, but don’t call it a media outlet when real media outlets are wide-open; if a reporter can get a story and get someone on record then more power to them.

What’s in it for the magazines? They’re selling their ad space to the supplement companies, covering the shows to masquerade as a legitimate contest coverage outlet, and trying to look like they don’t have an agenda, because after all, media companies should be fair and balanced. But they DO have any agenda. They’re selling ads that sell products to Newbies. And the supplement companies are what make this whole carousel go round and round. Don’t be fooled for a second, without the bodybuilding.com machine we wouldn’t have the sport that we all know and love.

The gaffe in the whole scenario is the pandering that goes on to those up above for the elusive press pass. The magazines can’t be “credible” media outlets without the ability to cover shows. So in order to play the part as reporter they have to get press passes. You would be amazed at the ass kissing that goes on just to get a seat up close at a show. And again, the whole machine that is couldn’t be possible without those little plastic placards with a name and credential on them.

So from now on don’t be fooled into not knowing what’s really going on behind the scenes. It’s really nothing to be affected by, but the truth is everyone has an agenda – the athletes, the media/advertisers, supplement companies, and everyone else is in on the joke. And now, you can be too.