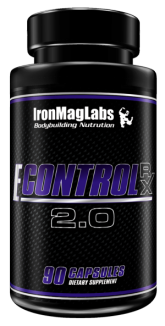 Most of the readers here will recognize Epistane as a fairly new steroid, which was first released back in 2007 under brand names such as Havoc and Furaguno, but for those who look a bit deeper, they will find that Epistane (and nearly every other steroid currently in production), was first discovered back in the 1960’s. It was during this time that U.S. steroid exploration hit its peak, with virtually every big-name pharmaceutical company making a considerable investment in this area of research. Back then steroids were big business, as they were used to treat a variety of common medical conditions, such as breast cancer, anemia, short stature children, and osteoporosis. However, only a small portion of these previously researched steroids gained approval as prescription drugs, while the rest of them were largely forgotten about, left to collect dust in the archives of these research companies. Roughly 40 years later some entrepreneurial supplement companies decided to dig into these old records and through a loophole in the law began to produce and sell many of these steroids on store shelves and through online outlets. Thus, Epistane became available to the general public for the first time.

Properly known as methylepitiostanol, Epistane is a DHT derivative that is very similar in both structure and function to the anti-estrogenic Japanese breast cancer drug, epitiostanol. Differing only by the addition of a single methyl group, Epistane retains many of the same characteristics of its predecessor, yet exhhibits significantly greater anabolic activity. Many prospective users will be pleased to learn that it is both non-aromatizing and non-progestagenic, eliminating the possibility of associated metabolites causing adverse side effects. It also possesses a favorable A:A ratio of 1100:91, giving it one of the highest anabolic ratings of any steroid in production today. Epistane is a well-rounded steroid with a versatile nature that lends itself well to a variety of potential applications, making it suitable for both the off-season and pre-contest preparation.

From a visual standpoint, gains will be dry and hard. Users should expect results similar to those obtained with drugs such as Anavar or Turinabol, making it a great cutting steroid for anyone seeking to improve their level of conditioning. Its potent anti-estrogenic activity further enhances this effect by eliminating the possibility of estrogen induced fat gain and water retention. This makes it an ideal companion to all aromatizable drugs, helping to reverse the typical bloating and watery appearance associated with this class of compounds. Although producing a visually similar effect to the aforementioned AAS, it demonstrates more potent myotropic effects, leading to greater lean muscle gains.

Along with its ability to improve the physique, Epistane has built a reputation as an alternative, effective form of gyno prevention/treatment. This is not surprising given that the parent drug was used specifically for this purpose, in addition to treating breast cancer through the same mechanism. This is a common trait of DHT-derived steroids, with Masteron being the most notable example. When used for this purpose, Epistane can either be added to a cycle of aromatizable AAS to assist in staving off gyno symptoms, or by running it solo, which can help reverse the problem. One should not make the mistake of thinking Epistane can replace an aromatase inhibitor or serm (Nolvadex) when running large dosages of aromatizable steroids. Instead, Epistane should be viewed in the same manner as other anti-estrogenic AAS. However, for most people, Epistane is sufficient for the avoidance of gyno symptoms when paired with low-moderate dose aromatizable steroids.

One interesting fact worth mentioning is its ability to convert to desoxymethyltestosterone (i.e. Pheraplex); a well known, currently scheduled anabolic steroid which was covertly produced by Patrick Arnold for use as an undetectable anabolic agent. Shortly after its existence became public knowledge, supplement distributors sought to take advantage of this by releasing it as an OTC designer. For a few years it enjoyed immense success, becoming one of the most popular legal steroids of its time, but it was later added to the controlled substance list after congress revised the Anabolic Steroid Control Act in the summer of 2008. Although few people think of Epistane as a PH, its ready conversion to desoxymethyltestosterone classify it as a prohormone.

Like other oral AAS, Epistane has been methylated in order to make oral delivery possible, but one key difference between Epistane and many other orals is the reduced toxic load it places on the liver. While only a minor consideration, this trait allows it to be run at higher dosages and/or for longer periods of time. The cycle length for most legal steroids is recommended to remain at 4-6 weeks, although Epistane can be run for 6-10 weeks at reasonable dosages. It is unlikely you will find any manufacturer recommendations exceeding 6 weeks in length, but such recommendations are on the conservative side, put in place purely as a preventative measure. When it is the only oral in a cycle, 30-60 mg is considered typical, although some have elected to push the dosage higher. With a half-life estimated to be around 6 hours, Epistane is best administered at least 3X daily, with twice daily dosing considered the minimum.

One of the most positive features of this drug is its low side effect profile. In general, it exhibits a low rate of side effects in just about every category. Not only is it completely devoid of all estrogenic and progestagenic side effects, but it lacks the negative characteristics typically associated with oral AAS, such as lethargy, appetite suppression, depression, etc. Back pumps can occur in some individuals, although most will find relief when implementing corrective supplementation. This makes Epistane is one of the most pleasant orals steroids to use in a cycle, adding to its overall appeal.

The longest running legal steroid in production today, it is anyone’s guess how much longer it will remain on the market. It has twice escaped legislation (2008, 2012) despite the best efforts of congress to remove all steroids from the supplement industry. That is unlikely to happen again. If you have never used Epistane, it may be something to consider, especially if you are one of the many individuals who have a difficult time tolerating the side effects of the harsher orals. It will not pile on the mass like Anadrol, but gains preservation is superior, allowing to you keep a greater percentage of the muscle you do gain.