Drugs in Sports – Then, Now, and Beyond 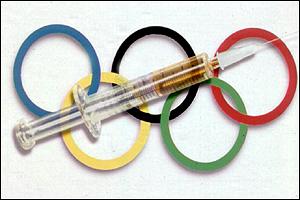 It’s time we finally come clean and have a real discussion on drugs and sport. There is no denying that things have changed in the past 20 years. Some changes have been for the good and other changes for the bad. In bodybuilding, all we hear are fans clamoring for a throwback to the early 90’s before insulin, growth hormone, Synthol, and IFG-1 were mainstays in the game. And in sports like baseball and football, with millions of dollars on the line, the powers that be think they have a handle on the drug problem, but just like clockwork a new scandal pops up every year or two. How did we get to this point and where are we headed? I think I have a few answers to these questions.

First, let’s take a look at bodybuilding, because after all, when it comes to drugs and sports nobody can hold a candle to bodybuilders. Outside of a few pro’s, we can all kiss goodbye the days of classic lines, vacuums, and normal sized heads. Before you get a basic answer like, ‘today’s pros are all drugs,’ we need to take look at the different kinds of drugs being used two decades ago compared to what’s out there today; the availability of products, and the mentality of those using them.

Prior to the internet becoming a worldwide phenomenon, the information on drugs was scarce at best. Dan Duchaine’s, “Underground Steroid Handbook,” was about all the sports world had to go on. If you wanted drugs you either had to go to Mexico, have a connection in Europe, or pay an outrageous amount of money from a guy at the gym who knew a source. The lack of availability automatically made it harder to attain a massive physique. And then there was the fear factor. If you think guys today are afraid of getting bitch tits or moon face it was doubly worse 20 years ago. Heavy androgens weren’t so highly sought after like they are now. Deca and Winstrol were everybody’s go-to drugs.

So how did things go awry so quickly? You guessed it, the internet. Of course, there was the Mark McGwire/Sammy Sosa homerun chase in summer of 1998 fueled by “Andro”, the BALCO scandal, and the ultra-bitter Jose Canseco stirring the pot, but it all leads back to the internet. A few clever people out in China, we’ll call them International Pharmaceuticals, saw a need in the Western market place for a variety of performance enhancing drugs. Like any good business they would find their target audience and soon pioneer the importation of drugs coming to America via online sales. Before long it was easy for almost anyone to acquire Test, Deca, and even growth hormone. In the early 90’s it wasn’t that nobody was using growth hormone, but it was incredibly hard to come by, extremely expensive, and there were rumors of it causing cancer. However, with Chinese manufacturing techniques, synthetic growth hormone was now available at a fraction of the cost and without the risk of injecting extracted GH from a human cadaver’s pituitary gland.

Just as new importation techniques were in place from overseas, the pharmaceutical companies in America kept advancing their science and research. It wasn’t long before the bodybuilding community would hear the news of a product that would make Nolvadex and Proviron obsolete. AstraZeneca released the drug Arimidex. At first it was only available in 28 tab blister packs and would sell for close to $200 making it less than appealing. But like all things it was only a matter of time before the underground labs would introduce Liquidex and price it well below market value.

Arimidex was critical in how bodybuilders would evolve from the 90’s to today. The once androgen hesitant bodybuilder could now take his weekly testosterone dose from 500mg to 1000mg per week and blast it all the way up to 2 to 3 grams per week without the water retention, gyno concerns, and other side effects. Toss in that the ‘Chinaman’ was pumping out very affordable bottles of Test, Deca, and basically every other drug you could imagine; there weren’t any serious hurdles if someone wanted to step up his game and turn into a mutant.

With bodybuilders using exorbitant amounts of Test and Tren it opened up the gates for lazier training methods and looser dieting habits. Why go to the gym and train for 90 minutes a day and lift like a mad man if you can just up the dose? Lagging body part? No problem—site inject more and more Equipoise. Craving some sugar like a crack whore? Nothing that Clen, T3, and DNP can’t solve. And we wonder why bodybuilders look different today than 20 years ago?

One might argue that the drugs from the glory days were higher quality. Sure that’s always a possibility. I undoubtedly question the integrity of something that comes from a country that produces more counterfeit consumer goods than anywhere else in the world and has 9 year old kids in sweatshops sewing together my latest pair of Nike’s.

And, a sport like baseball that used to have jacked up Paul Bunyan’s hitting 500 foot bombs every night has seemingly gone in another direction. Major League Baseball claims to have the highest standard of drug testing, but it doesn’t seem to be much of deterrence as they sure do have a lot of players testing positive or tied to various drug clinics. I miss the old days when our ball players looked like they could crossover and play linebacker in the NFL.

If Ryan Braun, 2011 National League MVP is taking gear he certainly needs to rethink his cycling approach. Same goes for Alex Rodriguez who looks more like a pudgy fantasy league owner than a former 3-time MVP. What are these guys doing? Somebody needs to contact one of our guru’s and get these guys in touch; maybe then we can get back to the old days of ‘chicks digging the long ball.’ I say if they’re going to get nabbed on a piss test they might as well break a few records and look like they’ve been tossing around some iron instead of the sissy band workouts and Bosu Ball routines many of their trainers have them doing.

There seems to be a trend. In bodybuilding, baseball, or any other sport, the X-Factor has and always will be work ethic. Drugs can take you to the promise land, but without a drive and focus to be great, how long you can stay at the top is only a matter of time. When an athlete becomes reliant on a needle or pill and loses sight of the grind it takes every single day to be great you will start to see greatness begin to fade away.

I find it comical that drug testing authorities throughout the world, namely the World Anti-Doping Agency—yes, the fine folks who threw an American hero, Lance Armstrong under the bus—think that they can curtail drug use amongst athletes. Athletes have and always will be smarter than the testers. And because we live in a politically correct society that has to protect the kids at all costs, drugs and sports will never live in a harmonious utopia together. Sure, Mr. Drug Tester, have it your way, collect all the hair and blood samples you want. While you’re busy doing that, craftier athletes will be getting gene manipulation procedures done making them less like Ronnie Coleman or Barry Bonds and more like The Incredible Hulk.

I’m not sure if I’m thrilled about the evolution of drugs and sports, but it will definitely be interesting to see where things head in the future. I do know this, the more legislature there is on performance enhancing drugs and steroids, the more advanced athletes and chemists get – something to consider sports purists.