Drama or No Drama 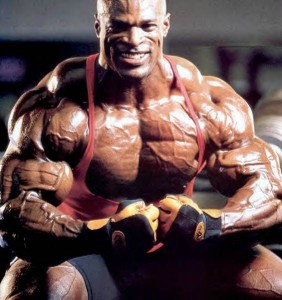 For some reason, unbeknownst to me, people on the board of professional bodybuilding do not like anyone to be outspoken. I would imagine they prefer the athletes to be blind, deaf, and mute as well. And the athletes seem to fall right in line with that code of silence.

It drives the fans absolutely up a wall. Fans love when their favorite athletes speak their minds and let it all hang out. Bodybuilders, on the other hand, are stuck between a rock and hard place. Do they play the company line and keep their mouths shut or stir the pot, speak their minds, and come off ‘real’ to the fans?

Truth is, most sports are just like bodybuilding. Coaches often outlaw talking to the media at the college the level. And in pro leagues like the NFL, if you say the wrong thing the commissioner is likely to fine you a hefty sum of money. What are these powers that be so protective against? If you ask them it’s their mighty shield which is bigger, badder, and more important than any single athlete could ever be. On the other hand, the athlete is building his or her own brand and by being a voice, it creates a stronger and more loyal fan base.

On the other side of the debate, there is always the dry personality fan who just wants the bodybuilder to train, eat, sleep, compete – and keep their mouth shut. It’s this same person that doesn’t like show boating, end zone celebrating, or any other act of fun from their favorite players. I say boring, but to each their own. I want to see Kai dance on his head during a routine and Terrell Owens eat popcorn through his facemask without receiving a 15 yard penalty.

Some call athletes being individuals as cocky or arrogant, but I just see it as branding. In our sport, since USA Today and ESPN aren’t covering our Super Bowl, we take our smack talk to the forums. We argue over physiques, we argue over media coverage like MD, Flex, and Rx. We argue over judging and politics. The list goes on and on. From the outside looking in it’s pretty funny. Thousands of grown men with excessive amounts of testosterone pulsing through their blood, debating and arguing over oiled up men in banana hammocks. But that’s bodybuilding for you – our athletes are freaks and so are its fans.

Remember when Arnold used to get inside Louie’s head? That’s drama. Remember when Shawn Ray used to pick apart Dorian Yates through his training videos like Muhammad Ali would break down and opponent? That’s drama. But because the internet is driving our industry and old school is colliding with new school there’s a real paradigm between those who like the drama and those who do not.

At the end of the day, people need to be themselves. If it’s in your blood to be controversial than let it be. If you’re a reserved person, that’s ok too. If the Pro League is as strong as one would lead you to believe, then one bodybuilder or one fan isn’t going to upset the applecart. It’s 2013 people. The world is involving and so is bodybuilding. Drama is here to stay, so long as it’s a sport competed by people, judged by people, and cheered on by people. Embrace it.