Newer PostAnti-Aging Medicine – what is it and what can it do for you?
Older PostAmphetamine analogue in pre-workout supplement Craze?
Share on FacebookShare on TwitterShare on LinkedinShare on Pinterest 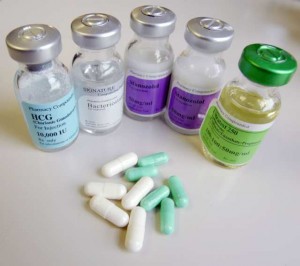 A lot has changed in the past 15 years in bodybuilding’s chemical game. Even the supplements have gone to a new level to which they’re no longer viewed as a waste of money. Prohormones are as good as pharmaceuticals; UGL’s are a crap shoot; and Mexico—who the hell still goes down to Mexico for their gear? The answer is nobody.

I’m not sure things are better today than in the 90’s. The access is easier, but the confusion is much higher. If you wanted to learn about AAS fifteen years ago, there were only a few reliable options on the internet. Now, there’s literally hundreds of websites all claiming to know the best and fastest way to get a newbie looking like a top level National competitor.

When I started lifting in the mid-90’s I remember going into GNC for my supplements. Outside of a mom and pop health food store, GNC was the only place to get supplements. MuscleTech and EAS were leading the way with Cytodyne Technologies coming right up their rear.

The old guard was Met-Rx, Champion Nutrition, and Designer Whey. Everyone that I hung out with was so enamored with creatine. Remember, it had just come out and guys were making great gains all-natural for the first times in their life. Phosphagen HP and CellTech were the big dogs in the game. It was so easy. Chug some sugared up creatine, guzzle a few caps of Ripped Fuel, and off we all went to get big and huge.

If you were a gearhead back then you either knew somebody or actually went south of the border to a local pharmacia in Tijuana. See, 15 years ago the internet wasn’t fully operational. You ask guys today what an ampoule is and they’ll probably look at you cross eyed. It was backwards back then. You knew your gear was real more times than not, but getting it was like a black-ops covert mission. Today, any idiot with a few bucks and a hard drive can find his way to a bottle of tren. But, the always equalizing variable is that there are so many shady people it’s literally a 50/50 chance you are getting what you pay for.
This leads us to the wonderful world of peptides and designers. We probably have to thank Major League Baseball and Congress for making these things known to the public. Before Bonds, McGuire, and Canseco I’d argue that the majority of people didn’t know that steroids and prohormones existed that weren’t the mainstream gym chems we’ve all heard of. Mix in research products and your average guy at the gym will run the other direction from this stuff. Plus everything has an initial: GHRP-6, CJC1295, PT141. Do they really expect people to pump this stuff into their bodies? Good thing we have an internet lab rat named Bostin Lloyd to do our dirty work for us. I’ll give that guy credit, he’ll try anything.

Ok, so let’s say you’re a natural guy. Ever try and stroll through all the brands on Bodybuilding.com? Good luck. There are hundreds of companies essentially all touting that their stuff is better than the next guy. It sure was easy when we only had one protein drink that tasted like dog poop, one fat burner that actually worked, and a pre-workout that smelled like vomit – Ultimate Orange – but it packed more punch than anything out today.

So we’re left with two generations. Years ago your options were limited, but things worked. We weren’t bombarded with too much information. We went into the gym, lifted our asses off, took god-awful tasting supplements, and who knows – if we wanted gear it might have been a major ass pain to get, but it was going to work. And now, I had better have my PhD in nutritional supplementation because it’s hornet’s nest of savvy marketing. Every training expert and guru has a new way for me to workout to optimize this or that. And sure, gear might be easy to get, but it’s either under dosed or fake.

I’m not really sure which generation was better. I like choices and the ability to make smart decisions. Just because today’s market is flooded in all the wrong directions doesn’t mean there aren’t good and reliable brands and sources. The solution? Don’t be mind-fucked into thinking certain brands are good just because they have the hottest girls at their booth at the expo. And you want good gear? Do some due diligence. If the price seems too good to be true, well it probably is. There are plenty of mass-monsters walking the streets and in your gyms. Somebody out there has things figured out. It might even be you.