And Down the Stretch They Come 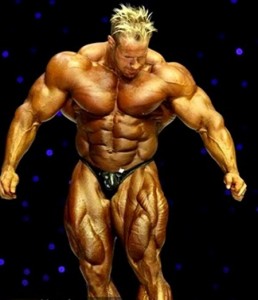 The Mr. Olympia competition is less than 10 weeks away and 12 of the IFBB’s best bodybuilders are in full prep for this year’s clash of titans. With only three pro shows remaining on the schedule there are plenty of athletes who either need to improve upon their qualification points or outright win a show to make it to Las Vegas. Of those athletes needing to qualify is Evan Centopani, but standing in his way might just be the hottest IFBB prospect since Phil Heath and that man is Juan ‘Diesel’ Morel.

What can you say about Evan Centopani this season? He’s come out of hiding to guest pose a few times and he gives fans exactly what you might expect: excellent off season conditioning, his favorite Polo collared shirt, fair skin, and freaky 3D muscle in every major muscle group – minus of course, his chest. Coming off a disappointing 8th place finish at last year’s Olympia, Centopani decided he needed to skip the Arnold Classic and qualify for this year’s O at the Hartford Europa. Well, things didn’t go as planned, Hartford was canceled and Evan had to improvise. He decided on the Tampa Pro as his pit stop on his way to Las Vegas, Nevada and a shot at Phil Heath’s crown. But with no qualification points to his name he’ll need a win and that might be something he’s not prepared to do.

You see, Juan Morel is a man that every IFBB pro bodybuilder should be on high alert over. He’s one of the few pros who consistently makes substantial improvements with each and every outing he makes. And unlike some guys who seem to get distracted by women, partying, contracts, and fame – Morel is focused. He eats, sleeps, and breathes bodybuilding. He’ll go out a week before a show and deadlift 700lb because that’s what his training split calls for. On cheat days he doesn’t have a few cookies, pizza, and cake. He eats the entire bakery out of every pastry in the shop. Morel redefines, ‘go big or go home,’ and like Centopani, he also has his eyes set on winning the Tampa Pro.

Neither Centopani nor Morel is qualified for this year’s Mr. Olympia. As a rookie, Juan earned a qualification to the O, but respectfully declined the invitation feeling he wasn’t physically or mentally prepared to do battle with the world’s best. A year later, he would love nothing more than to have that opportunity back. His best finish this year came at the New York Pro in May where he was nudged out by his friend, Victor Martinez and the freak of freak’s, Big Ramy.

Evan on the other hand is in a real crossroads in his career. He came out guns blazing earning pro wins in his first two shows, but has not been to victory lane since. And what’s worse, he hasn’t improved on his weak chest, stage presence, or ability to come in peaked on the day of the contest. With fast rising stars like Morel, Ramy, Wolf, Pakulski, and Rhoden, if he doesn’t figure things out quick he could find himself at the back of the pack and watching the Olympia from the auditorium or worse, at home.

The official roster for the Tampa Pro won’t be released until the week before the contest. With so many unknowns and both Evan and Juan needing this win more than any competitor likely to enter I have to pick these two to finish at the top. I love what Evan brings to the sport of bodybuilding, but I don’t see him making any noticeable improvements that will elevate him to win this title. If he plans on competing at this year’s Olympia he better get ready to battle at not only the Dallas Europa the following week, but also the Nordic Pro at the end of August. And that leaves Morel taking the Tampa Pro and making a clear statement that he’s among the IFBB’s top bodybuilders. Last year, Shawn Rhoden came out of nowhere and won this show, a victory that later spring boarded him to a 3rd place finish at the Olympia. That outcome might come sooner rather than later for Morel if he can live up to his high expectations.

Newer Post
Fructose is a cortisol booster
Older Post
Orals Steroids: How to Get the Best Results – Part 2