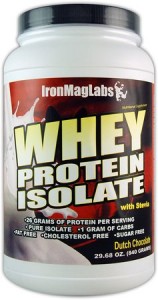 Whey protein is the highest quality protein known to man – it has the highest amounts of Branched Chain Amino Acids (BCAAs) and Essential Amino Acids, plus more Leucine than anything else on the market. So why can’t you just drink some aminos and get the same results? It sounds reasonable at first, right? If whey is made up of BCAAs, EAAs, and other aminos, then it seems like you could just consume those aminos on their own and get the same results. Or you could just dispense with them entirely and get everything you need from whey protein.

But that’s not what happens – you actually get different results depending on whether you consume whole protein versus aminos versus (get ready) a meal that contains those exact same aminos!

The fallacy of composition is when we assume that the whole thing (whey protein in this case) is composed of the traits of each individual thing (aminos). This is like saying your car has a gray engine and a gray tailpipe, therefore your car is gray.
The fallacy of division is the opposite, where we say something that is true of a particular thing is also true of each part that makes it up. A battleship will float but each individual part is not going to float on its own (the guns, for example).

Not every case involving these two fallacies will be automatically untrue – we can imagine a car made entirely of gray parts that would itself also be a gray car. But to use these argument forms is fallacious because they’re not always true (a valid argument is defined as being an argument frm where the truth of the premises insures the truth of the conclusion). When we have a valid argument and the premises are true, it’s called a sound argument.

Ok, so we’re all on the same page now, let’s look at some less-theoretical examples and see how this kind of thing plays out in the real world, when we compare a thing (whey protein) to its individual parts (amino acids).

A 2006 study on the elderly (which is admittedly imperfect, for our purposes of extrapolating this into athletes) examined the anabolic effect of a 15 gram feeding of either EAAs or whey protein (the whey had less total EAA, obviously) (1). While both the EAA and whey protein elevated the rate of muscle protein synthesis (as measured by fractional synthetic rate), the EAAs actually did so to a greater extent than the whey protein. The EAAs were more anabolic, or muscle-building, in other words. So we’d be committing the fallacy of composition if we were to think that the whey protein provided exactly the same benefits of its parts (in this case, EAA). In this context the EAA’s represented a more efficient method of administration. 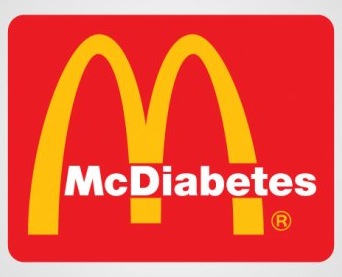 However, another study (2), again in the elderly (with the same authors!), was performed where fifteen elderly persons were randomly assigned to ingest a bolus of either 15 g of whey protein, 6.72 g of EAA, or 7.57 g of nonessential amino acids (NEAA). In this case, it was found that the anabolic effects of whey were greater (as measured by Phenylalanine balance). The researchers concluded (I’m paraphrasing here) that whey protein improves skeletal muscle protein accrual through mechanisms that are beyond those attributed to its EAA content. 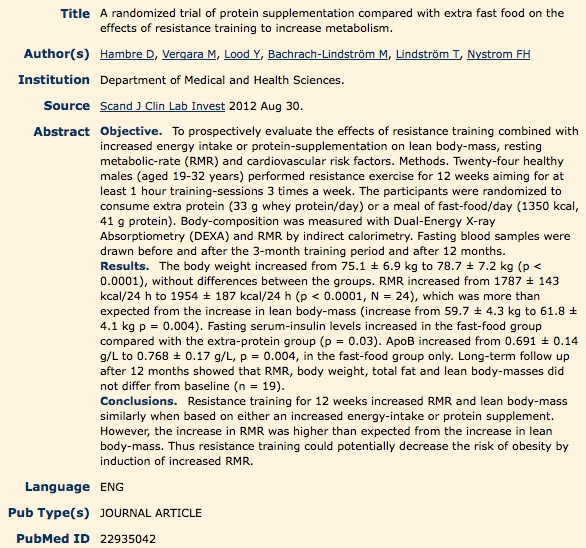 However, in a third experiment, the same researchers compared healthy young males consuming a drink containing 30 g of carbohydrate and 15 g of EAA versus a a liquid mixed meal (850 calories, but with the same EAA content of 15g), or both (the drink and the liquid meal). The group that received both the meal and the drink had the best anabolic environment (measured by FSR and phenylalanine), but the real gem to be dug out of this study is that the drink (30g of protein + 15g of EAA) produced better results than the big liquid meal. This means, when we compare 180 calories of carb and EAA (CAA in the chart below) to 850 calories containing the same EAAs, the much smaller caloric intake actually performed better. (4)

This is interesting because carbohydrates are able to positively effect whole body nitrogen retention. More accurately, ingesting carbohydrates will decrease the rate of protein lost through metabolism – they improve your net protein balance. However, this doesn’t mean that they’re going to improve actual muscle protein synthesis, as they aren’t going to contribute protein to your muscles on their own, they’re just going to delay the rate at which your body goes through it.

Of the 20-ish amino acids, it’s important to remember that only 3 are oxidized for energy during exercise – the BCAAs. And although they’re not oxidized at the same rate as carbs during anerobic training, or even fats during aerobic training, they’re still oxidized (which is a shame for recovery purposes, because they’re highly anabolic). They’re also able to stimulate muscle protein synthesis as effectively as the nine essential amino acids (so in this case, three aminos are just as good as nine).

Besides the incredibly high BCAA and EAA content of whey protein, it’s thought that the amino acid Leucine (in particular) may be largely responsible for its anabolic effect. Out of the three BCAAs only Leucine was able to independently stimulate muscle growth. So you’d think that we can add Leucine to whey protein and come up with some kind of super-shake, right? Nope. Remember the fallacy of composition from earlier in this article? Unfortunately, adding leucine to a whey protein drink doesn’t stimulate any additional muscle protein synthesis (5), according to one of the leading researchers on whey:

“Our results indicate that the whey protein plus leucine in healthy young volunteers results in an anabolic response in muscle that is not greater than the previously reported response to whey protein alone.”

Still, there’s some nutritional slight of hand that we can pull with regards to Leucine – if you’re not already consuming an optimal dose of whey; a six(ish) gram shake of whey protein supplemented with either Leucine or a mixture of EAAs without Leucine was shown to stimulate muscle protein synthesis on the level of 25 g of whey protein under resting conditions. But when we’re talking about post-exercise conditions, the 25g of whey is superior (6). So once again, the whole appears to be different than the parts, at least situationally.

And while EAA plus carbs are best taken preworkout, a whey protein shake can be taken either before or after with similar results (7). This leaves little doubt that in the case of whey protein, the sum is different than the parts that make it up.

But not always. Because in the case of whey’s insulinogenic (insulin generating) effects in vitro, they are thought to be a direct result of certain aminos found in whey (i.e. leucine, isoleucine, valine, lysine, threonine) (8). But what this means is that we are not always assured that the parts of a whole will do the same thing as the individual parts, even though sometimes they do.

Generally, because whey protein is so incredibly high in EAA, BCAA, and Leucine, we can expect to get some (*though not all) of the effects generally found with each of its constituents, and some effects that are not generally found with them. As for the other aminos, the nonessential ones, it would appear that the non-EAA composition of protein has very little to do with the anabolic response (9-11). So we can safely say that these aminos in particular are no doubt huge contributors to the anabolic effects of whey.

However, whey contains various bioactive peptides that act to enhance recovery and potentially in other ways that positively effect the adaptive process to exercise (12). These bioactive peptides are not found in EAA, BCAA, or Leucine, and appear to be a unique quality to dairy proteins. So what we can’t say is that these aminos are the deciding factor in whey’s effects…or that we can use one in place of the other (interchangeably) in all cases.

Nutr Metab (Lond). 2012 May 30;9(1):48. [Epub ahead of print]The insulinogenic effect of whey protein is partially mediated by a direct effect of amino acids and GIP on beta-cells.