Kudos to Benson, who certainly is one of the Minds on the Mind And Muscle Forums (I don’t know about his muscle, though ;-). Benson dug up a very recent article on the effects of “Ali’s Stick” (Tambi. 2011), which would be the literal translation of “Tongkat ali”, also known as the “Malaysian ginseng”, a herb that has been used by generations of men in South-East-Asia to improve their sexual performance, on testosterone levels in 76 male patients suffering from late-onset hypogonadism (LOH) and, consequently, Aging Males’ Symptoms (AMS).

The study that is going to be published in the next issue of Andrologia, the first international journal of andrology, was conducted by an international team of scientists from Malaysia and South Africa. For their study Tambi et al. recruited a group of initially 350 patients, who were treated at the Wellmen Clinic at Damai Service Hospital in Kuala Lumpur for late-onset hypogonadism (LOD; mean initial testosterone levels: 5.66 nM) and Aging Males’ Symptoms (AMS; mean initial score: 38.05 – higher values = more severe symptoms). The men were treated with 200 mg (two capsules with 100 mg) of a patented, highly standardized water-soluble extract of Tongkat ali (produced by Phytes Bioteks, Biotropics Malaysia, patent number: WO0217946) for 4 weeks, after which both serum testosterone tests, as well as AMS questionnaires were repeated. In the 76 patients who actually completed the trial (cf. discussion of drop out rate at the end of the post)

[…] treatment of LOH patients with this Tongkat ali extract significantly (P < 0.0001) improved the AMS score as well as the serum testosterone concentration. While before treatment only 10.5% of the patients did not show any complaint according to the AMS scale and 35.5% had normal testosterone levels, after the completed treatment 71.7% and 90.8% of the patients showed normal values, respectively. Quite impressive results for a traditional aphrodisiac. And at first sight, the data on mean, minimal and maximal testosterone levels before and after treatment (figure 1) would corroborate this impression. 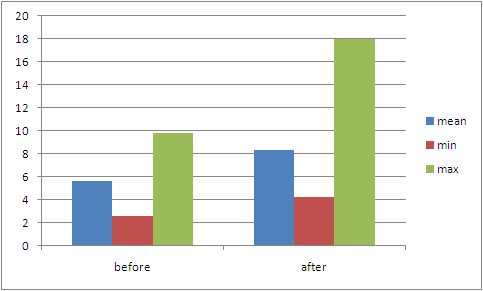 Figure 1: Mean, minimal and maximal total testosterone levels of 76 patients with late-onset hypogonadism before and after treatment with 200mg of a patented, standardized Tongkat ali extract for 4 weeks (data adapted from Tambi. 2011)
Unquestionably, Eurycoma Longifolia Jack would make a great addition to the post cycle therapy of drug using athletes and gymrats. Having shut down their natural testosterone production due to the administration of exogenous testosterone or other quasi-hormonal compounds, many steroid users find themselves in a situation of self-inflicted “early-onset” hypogonadism, when they finally come off their steroid cycles. In these circumstances, which closely resemble LOF, “Ali’s stick” may well help to bring the endogenous hormone production back to “normal”.

Whether the average non-steroid-using gymrat in his early to late twenties would see any benefits does yet remain to be elucidated. Notwithstanding, the results of Ali & Saad from 1993 (unpublished dissertation, cited by Tambi), which suggest that the eurypeptide, the purported active ingredients in the extract, accelarates the hormonal production line at its very beginning, by enhancing CYP17 (17 α-hyroxylase/17, 20 lyase) enzyme activity. Thus boosting “the metabolism of pregnenolone and 17-OH-pregnenolone to yield more dehyroepiandrosterone (DHEA)”, progesterone and 17-OH-progesterone appropriate amounts of the alkaloids, quassinoids, quassinoid diterpenoids, eurycomaosides, eurycolactones, laurycolactones and eurycomalactons from Tongkat ali could eventually facilitate an increase in total testosterone via conversion of the former into 4-androstenedione and testosterone. It is however more than questionable whether the total testosterone levels of otherwise healthy men would likewise increase by +45%. And even if they did – will you notice the difference? Well, do not expect too much apart from an increase in libido, for we do not know how much of this testosterone is actually free, how the accelaration of the hormonal production line will affect other hormones and binding globolins, etc. Accordingly, you can hope for beneficial effects on athletic performance and/or body composition, yet they are by no means guaranteed – I would not even say “probable”.

All that being said, there is another major drawback that comes with the high dropout-rate of >76% (!) While the scientists don’t comment on the reasons for the dropouts, you may well ask yourself, “Why would a guy who experiences major improvement in the sexual department stop using the very medication that is triggering these improvements?” Well, I guess he would not. So, let’s play devil’s advocate and assume that the testosterone level of the rest of the men did not budge at all (it could well be that due to whatever mechanisms it may even have dropped). 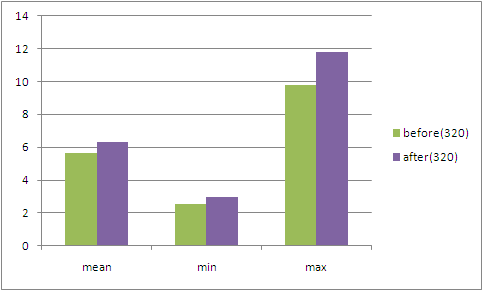 Figure 3: Total testosterone levels before and after treatment for all patients who initiated treatment assuming that that the >75% dropouts did not see any benefits in testosterone (data extrapolated from Tambi. 2011)
In figure 3 I have plotted how the data would like under that assumption. There would still be an increase of 11%, 16% and 20%, for mean, minimal and maximal total testosterone levels, respectively. With a standard deviation of 1.51mM (=27%) and 2.46mM (30%), before and after treatment. Yet, these increases would hardly be significant. You better keep that in mind before you google a source for the patented Tongkat ali extract from Phytes Bioteks (using a non-standardized extract or whole stems, is not likely to work, anyway) and spent your hardly earned bucks into hopes of a jacked physique and animalistic sexual performance. If you insist on trying it, make sure you get enough cholesterol in your diet to feed the process of steroidogenesis (cf. figure 2).