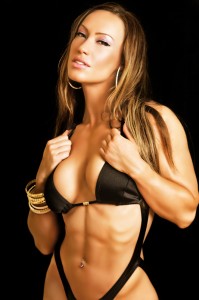 The Science Behind Eating Disorders

As promised, the follow-up article to personal my eating disorder story will cover the science behind anorexia nervosa and bulimia nervosa. Now, I know that getting into technical terms may seem overwhelming. Below I’ve tried to simplify this as much as possible for you, and I’ve highlighted the most important things you should know, how it affects you, and why it matters. Before we dive in, though, a few terms...

Neurotransmitter: a chemical messenger facilitates communication between the brain and the rest of your body Neuropeptides: small protein-esque molecules that communicate with one another via neurons

ANOREXIA NERVOSA is a mental illness characterized by distorted body image, significant reduction in food consumption, over-obsession with food and body weight, and extreme weight loss. Over 90 percent of victims are young adult females. It is believed that an individual’s social environment contributes significantly to the development of eating disorders, particularly the idea that being thin equates with beauty. An individual must be at the 85th percentile or below the normal weight for his/her age and height, be deathly afraid of gaining weight, have distorted body image and be in denial about his/her condition, and have not have menstruated for at least three cycles to be diagnosed with this disorder.[1]

BULIMIA NERVOSA involves consuming copious amounts of food in a short period of time (binging) followed by attempts to get rid of the food somehow (purging), usually by self-induced vomiting or taking laxatives. While binging, person often feels a loss of control over the food. It is not uncommon for patients to fall within the normal weight range or even be slightly overweight. In order to be diagnosed, an individual must also been binging and purging at least twice a week for a minimum of three months.

Evidence suggests that increased serotonin activity in the brain is responsible for anorexic tendencies (ie. appetite suppression)[2]. Those with anorexia nervosa frequently exhibit certain personality traits, including perfectionism, anxiety, low self-esteem, and social isolation. It is not uncommon for those individuals to be top-level students and athletes[3].

Serotonin is a neurotransmitter that plays a role in a multitude of behaviors, including hunger, impulse control, aggressive behavior, depression, perception, and anxiety. High levels can contribute to a sense of constant anxiety, and severely restricting calories to the point of starvation can engender a calming response. On the other hand, low levels lends to a sense of depression, and binging can temporarily alleviate the sensation. Erratic eating behaviors (both under-eating and overeating) can lead to a disruption in serotonin levels.

A 2005 study found that altered serotonin levels continue to persist over a year after patients have recovered from anorexia nervosa[4]. For those who participated in bulimia-type anorexia, there was increased activity in a specific serotonin receptor; for those recovering from restrictive-type anorexia, receptor hyperactivity was linked to anxiety.

Why does this matter? While serotonin disruptions do have a genetic component, our behaviors can bring about this abnormality as well. Irregular levels can also be found in those with other mental disorders such as obsessive compulsive disorder (OCD), attention deficit hyperactivity disorder (ADHD), bipolar disorder, and borderline personality disorder. This may explain why we tend to find individuals with eating disorders to possess obsessive, perfectionistic personality traits.

This describes how I was to a T. In the thick of my eating disorder, I would start school papers weeks before they were due, comb through every textbook multiple times to stay ahead of the readings, and snap if my day didn’t unfold exactly as planned.

Dopamine is another well-known neurotransmitter that I’m sure you’ve all heard of. It’s associated with novelty-seeking, motor activity, and rewards. Dopamine is released when an individual experiences something rewarding or pleasurable, such as food, sex, or drugs.

This is interesting. A brain imaging study published in 2011 in Obesity looked at the difference between obese subjects and binge eaters[5]. Binge eaters were found to have significantly increased dopamine levels in the presence of their favorite foods and a drug called methylphenidate, which blocks the reuptake of dopamine, as compared to the control group, but the same increase was not observed in other conditions (neutral stimulation with and without methylphenidate, and food stimulation without methylphenidate). This dopamine response occurred in the region of the brain called the caudate, which is associated with preparing the brain to seek the reward (in this case, food), but not necessarily process it. This might explain why binge eaters get so excited at the sight of pasta, cereal, and donuts, yet the actual experience of inhaling the food in a panicked frenzy is a blur.

Dopamine receptors, best known for their association with reinforcement and reward, are also linked to eating disorders: increased receptor binding was found in those with a history of anorexia nervosa as compared to healthy women[6]. These changes in the dopamine system may alter the perceived value of rewards, such as individuals with anorexia nervosa who are obsessed with abstaining from food.

For most people, eating is supposed to be a pleasurable experience. For those with anorexia nervosa or bulimia nervosa, however, the opposite is true: eating becomes an anxiety-filled affair, wrought with negative thoughts. A UCSD study used amphetamine, a drug that release dopamine in the brain, to investigate this phenomenon. In healthy women, amphetamine-induced dopamine release was associated with pleasure. But as predicted, amphetamine in those suffering from anorexia nervosa resulted in activation of the part of the brain that harbors worries[7]. This biological reason explains why it is so difficult for anorexic patients to consume food; they simply experience the opposite reactions to food from the rest of the population.

I know this sensation. In my dark days, whenever my stomach growled and begged for sustenance, I felt happy. There was this odd sense of empowerment that overcame me and only made me want to continue depriving myself of food. Remember that part when I talked about how I was forced to eat out with my family and how anxious that made me? Yep, dopamine played a key role right there. Once my bulimia came in full-force, the only thing that would stop me from consuming every sugary carb in sight was having other people around me. My hypersensitivity to the way others’ views me was enough to deter, or at least temporarily stall, my binge eating tendencies.

Neuropeptide Y is a pancreatic peptide that increases food intake. NPY injected into the hypothalamus of rodents has led to increased appetite, and animal models of obesity have been found to have higher-than-normal levels of NPY[8]. Stressful circumstances can also elevate circulating levels, as can food deprivation[9].

Patients with anorexia nervosa have higher CSF concentrations of NPY, which may indicate a response to the chronic lack of food. Long-term recovered patients, however – such as myself – did not have NPY levels that differed from the control values[10]. This could be a reflection of at least some of the body’s signals reverting back to their normal functioning. The same phenomenon was not observed in patients with bulimia nervosa – in fact, studies reported different results here.

This article is by no means a comprehensive review of the science behind eating disorders – but it’s a start. There are many, many hormones and neuropeptides that I’ve left out here for the sake of keeping things as simple as possible.

I will say one more thing, though. Never underestimate the influence of the surrounding environment. The culture in which you are raised, the expectations to which you are held, the images you are bombarded with on a daily basis… they have a way of working into your subconscious and affecting just about every decision you make. I know this. In fact, I’d venture to say that environmental factors play an even greater role in your risk of developing an eating disorder than anything else.

Unfortunately, we still don’t fully understand what exactly causes eating disorders. We know some, not all, of what goes on in our bodies – and even then, we’re not entirely sure. I’d like to better understand this issue myself. But until then, I can find comfort in the fact that I know there are scientists out there continually seeking to dig deeper and find answers. Eating disorders will likely never completely cease to exist, but as long as we keep striving to take steps forward and continue to increase awareness, I think we’ll manage alright. 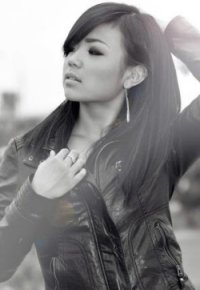 About the Author:
Sohee Lee is About the Author:a National Strength and Conditioning Association (NSCA) certified personal trainer. She is currently studying Human Biology at Stanford University and will receive her Bachelor’s degree in June 2012. She loves to talk fitness, admires those who can push and pull heavy weights, and loves her protein. She is currently trailblazing her way into the fitness industry and will shake the entire world, so look out! Contact her on Facebook: SoheeLeeFitness