Testosterone Replacement Therapy – why is it so controversial? 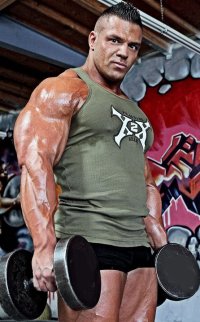 For reasons that are not readily apparent, there appears to be a conservative political movement that opposes the use of testosterone in older men. This was clearly demonstrated by the report of the Institute of Medicine, which felt that testosterone is not yet ready for prime time and that there is still a need for studies to prove its efficacy 1. Along the same lines, the guidelines of the Endocrine Society on testosterone use in older men seem to be ultra-cautious 2 . But fortunately, there are also other, more liberal guidelines and recommendations 3-5.

“It is dangerous to be right when the government is wrong.”
– Voltaire

Probably no other medical issue has been bombarded by the influx of “expert” views from all walks of life; from endocrinologists and psychiatrists to urological surgeons and gerontologists, from the lay press to the regulatory agencies and from the pharmaceutical to the entertainment industries. The dismal result of all this free-for all cacophony of opinions is a great deal of confusion, erroneous information and significant detriment to patients and physicians alike.

There Is Insufficient Evidence That Testosterone Is Beneficial in Older Men

Recent studies have also shown that testosterone therapy significantly improves not only symptoms of androgen deficiency (including erectile dysfunction), but also metabolic and control (lowering of blood glucose and glycated hemoglobin (HbA1c) (from 10.4 to 8.6%) 25, while decreasing abdominal obesity 25. These beneficial effects were seen without any adverse effects on blood pressure or hematological, biochemical and lipid parameters 25. Testosterone gel also has been shown to reverse the metabolic syndrome and improve glycemic control in men with sub-normal plasma testosterone 26. The improvements in glycaemic control, insulin resistance, cholesterol and visceral adiposity seen is these studies show that testosterone therapy contributes to an overall reduction in cardiovascular risk.

It is strange that treatment of testosterone deficiency caused by classical diseases affecting the hypothalamus, pituitary, and/or testes has been accepted for decades although there were no large multicenter trials, but that that treatment of testosterone deficiency caused by aging is taboo despite overwhelming scientific data showing significant benefits. It appears that physicians and regulatory agencies are much more comfortable treating older men with questionable drugs that pose more harm than benefit in terms of both quality of life, cancer and mortality 27-47, than using testosterone, a drug that not only improves important symptoms and risk factors, but also can reverse sarcopenia and frailty 48-54 which has well-documented detrimental effects on well-being, physical independence, morbidity and mortality. This is a poster-child example of “eminence” based medicine trumping evidence-based medicine.

The adverse effects of testosterone therapy include an increase in hemoglobin and hematocrit (volume percentage (%) of red blood cells in blood) 59, 68, and a small decrease in HDL (the “good” cholesterol) 59, 69. However, elderly men with low testosterone tend to have a low hematocrit and also frequently present with anemia (hemoglobin deficiency) 70, so this side-effect can actually be a good thing. And the hematocrit-induced increase in blood viscosity can be alleviated with fish oil 71, while the decrease in HDL can be counteracted by carbohydrate restriction 72 and/or niacin (vitamin B3, the most effective way for increasing HDL) 73, 74, and a moderately increased physical activity 75-78. It should be noted that the small HDL reduction is primarily observed with intramuscular testosterone injections 69, and not with transdermal gel preparations 79.

While andropause, the progressive decline in testosterone production in aging men, unquestionably does exist and warrants treatment, whether the term “andropause” per see is a good descriptor for this phenomenon has been debated.

The terms “andropause” or “male menopause” are not completely accurate because androgen secretion does not cease altogether, as the term “pause” indicates 83, 84. The term menopause is correct in that in women the reproductive cycle invariably ends with ovarian failure and an abrupt cessation of estrogen production and onset of symptoms. In men however, the reduction in testosterone levels is a gradual process and the appearance of its clinical manifestations is more subtle and develop over time. This has unfortunately led to a tendency among many suffering older men to ignore the symptoms and accept it as an unavoidable and untreatable result of aging. In a survey of health care professionals, half reported that their patients rarely or never asked about low testosterone 85. Several prominent scientists have strongly recommended that awareness of andropause and its consequences be increased 83, 86, 87.

The term “male climacteric” is more appropriate as it suggests a decline and not a precipitous drop in hormones levels 88. The term “male climacteric” refers to the syndrome of endocrine, somatic, and psychic changes that occur in normal men with aging. This term is good in that it emphasizes the multidimensional nature of age-related changes, including age-related decreases in other important hormones such as growth hormone (GH), insulin-like growth factor-1 (IGF-1), dehydroepiandrosterone (DHEA), and melatonin 89-91, and not only relates aspects of the male aging syndrome specifically with testosterone levels.

This claim is screams irrational logic and an unwarranted extrapolation.

Bad Kharma: It’s All about Sex

Testosterone therapy is a touchy topic because it improves sexual capacity and enjoyment. Even in the times of Viagra, attitudes to sex remain embarrassingly silly “imagine if you give an older man testosterone, he may want to have sex!!” The use of testosterone in women is facing a similar issue 92-95.

Abuse of testosterone will occur whether or not it is available for older men.

Testosterone deficiency in older men (hypogonadism) is very common 52, 96, 97 (up to 50% of men over the age of 50 are deficient in free testosterone when compared with peak morning concentrations in young men 91), and yet only a small proportion of hypogonadal men are receiving testosteone replacement therapy 98. In the end, a particular political viewpoint is in the eye of the beholder. Nevertheless, it is obvious that the political climate is working against testosterone replacement therapy in older men despite overwhelming scientific data supporting this appropriate pursuit as a strategy to prolong healthy longevity.

3. Nieschlag E, Swerdloff R, Behre HM, et al. Investigation, treatment and monitoring of late-onset hypogonadism in males. The aging male : the official journal of the International Society for the Study of the Aging Male. 2005;8(2):56-58.

5. Bain J, Brock G, Kuzmarov I. Canadian Society for the Study of the Aging Male: response to health Canada’s position paper on testosterone treatment. The journal of sexual medicine. 2007;4(3):558-566.

11. Tenover JS. Effects of testosterone supplementation in the aging male. The Journal of clinical endocrinology and metabolism. 1992;75(4):1092-1098.

25. Boyanov MA, Boneva Z, Christov VG. Testosterone supplementation in men with type 2 diabetes, visceral obesity and partial androgen deficiency. The aging male : the official journal of the International Society for the Study of the Aging Male. 2003;6(1):1-7.

60. Morales A. The use of hormonal therapy in “andropause”: the pro side. Canadian Urological Association journal = Journal de l’Association des urologues du Canada. 2008;2(1):43-46.

61. Morley JE. Testosterone treatment in older men: effects on the prostate. Endocrine practice : official journal of the American College of Endocrinology and the American Association of Clinical Endocrinologists. 2000;6(2):218-221.

83. Matsumoto AM. Andropause: clinical implications of the decline in serum testosterone levels with aging in men. The journals of gerontology Series A, Biological sciences and medical sciences. 2002;57(2):M76-99.

87. Morley JE. Andropause: is it time for the geriatrician to treat it? The journals of gerontology Series A, Biological sciences and medical sciences. 2001;56(5):M263-265.

98. Tariq SH. Knowledge about low testosterone in older men. The journals of gerontology Series A, Biological sciences and medical sciences. 2003;58(4):382-383.