Teenagers and Anabolic Steroid Use 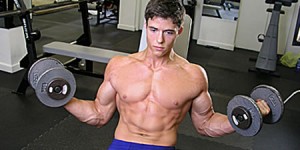 This has been a hot topic for many years now and with good reason, as steroid use in teens presents a set of risk factors foreign to adult users; often of a more serious nature. The physical risks have been well documented, but among those young adults who have decided that the potential physical side effects are worth the reward, admonitions to abstain centering on warnings of physical harm are minimally effective. Just as adults engage in risk-taking behavior of all types, these teens have weighed the positives and the negatives, as they perceive them, and have made a decision. Whether or not we agree with their reasoning or conclusions is beside the point.

When attempting to dissuade teens from premature steroid use, it makes little sense to apply the same failing approach we have been using with recreational drugs for decades now. Our children are better educated about drugs and their effects on the body than ever before, and it is precisely this higher education which has provided teens with the confidence needed to experiment with drug use, including steroids. Ignorance breeds fear and knowledge births empowerment. This is why the “half-truth” approach utilized in our schools has failed miserably and in some cases even had the opposite effect. When a teen listens to his health teacher tell him that “steroids will kill you” and subsequently paints AAS as a death-drug with consequences so severe that the benefits offered aren’t even worthy of comparison, the more well educated student will lose trust in his educators and begin to search for his own answers. Sadly, even as recently as the 90’s, in an effort to discourage steroid use through blatant dishonesty, the school system used to teach kids that steroids have never been proven to build muscle tissue! Now, any kid with a half of a brain, after being misled in regards to both the physical risks of these drugs and their effectiveness, is going to realize that he is being deceived on some level.

At this point, in a continued search for the truth, some will turn to the pro-steroid movement for answers, only to find them being proclaimed as wonder drugs with no significant side effects when used properly. Obviously, neither perspective accurately portrays steroid use in a truthful manner, which leaves teens unprepared for the decision that lay before them. In my opinion, complete honesty, along with a thorough education on both the positive and negative aspects of steroid use as a teen, is the most effective route.

Whether we are talking about adults or teens, steroid use is a mixed basket. Not everyone will respond the same way to these drugs and even if we did, matters are made more complicated due to the fact that there are literally 100’s of different steroids available, all with their own unique set of characteristics, individual side effects, and potential interactions. Typing out an in depth explanation for each of these drugs and their accompanying side effects would require 100’s of pages of text, which is outside the scope of this article. If one wishes to learn about the various physical side effects specific to teen steroid use, there are plenty of good books available on the subject that one can reference. However, I want to cover a topic which is addressed much less frequently, but which often has a negative long-term impact on a young steroid user’s progress for several years…and sometimes for life.

There is more than one reason why aspiring BB’rs are cautioned to train naturally for at least a few years before graduating into the world of AAS, as this is a time when the individual should be learning important lessons he will carry with him throughout his entire BB’ing life. While a novice’s initial gains will come rapidly, if he does not take the time to educate himself about topics such as nutrition, exercise mechanics, proper program set-up, the mind-muscle connection, etc…after a few months of training, the rate at which he continues to improve will quickly decline. Due to the BBr’s natural status, he must be mindful of all factors influencing the muscle-building process, as his relatively poor anabolic environment (compared to an AAS user) places him at a massive disadvantage. Natural BB’rs cannot afford to be lazy in the gym, train with poor exercise technique, subsist on junk food, party into the wee hours of the night, and booze it up if they want to build an impressive physique. If meaningful progress is desired, the natural BB’r is forced to fine-tune all areas of his BB’ing program. This takes a lot of time and effort…several years, in fact.

In contrast, many steroid users are able to train quite lazily, use horrid exercise technique and all in all follow a complete fuck-up of a program, yet still make good progress compared to the natural BB’r. In most cases, the BB’r who begins using steroids right out of the gate almost always lags behind in terms of perfecting his craft…because he was never forced to. Since gains always came easy for him, as soon as things start to get tough, his initial reaction is not to look at his training or nutrition, but to increase the amount of drugs he takes. Eventually, he will reach a point where he is no longer able to make progress, despite his continuously escalating drug intake. More often than not, these BB’r never get very far in terms of development, as they never learned vital lessons critical for developing one’s physique to its maximum potential. Most of us have seen the 16 year old kid who began using AAS in high school, who looked huge in comparison to his high-school peers, but 5 years post-graduation, he looks small and unimpressive by competitive BB’ing standards.

Ask any national or pro-level BB’r how important factors such as nutrition and training are to maximizing BB’ing progress and their value will not be under-stated. The teenage BB’r needs to learn to crawl before he can walk, and walk before he can run. Jumping head-first into the world of AAS as a beginning BB’r is more likely to hinder one’s ultimate development, rather than enhance it. Setting up a solid foundation is critical in being able to extract maximum benefit from the steps which are designed to succeed it. The novice needs to set his priorities straight and become proficient in the basics, as it is these basics which will ultimately be responsible for allowing the BB’r to make the most of his genetic potential.