Muscle – It’s Not Just For Bodybuilders! 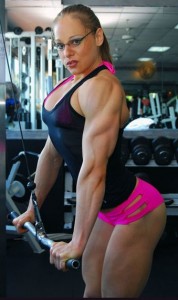 Muscle – It’s Not Just For Bodybuilders!
by Monica Mollica ~ trainergize.com

To most people outside the gym, the word “muscles” brings to mind huge bulging muscle bellies and bodybuilders. The importance of muscle mass, strength, and metabolic function in the performance of exercise and sports, has never been questioned. However, muscles aren’t just for show. Here I will explain why.

Role of muscle in the body’s metabolism

Skeletal muscle is the most abundant tissue in the human body, and the maintenance of its mass is essential to ensure basic function as locomotion, strength and respiration (1). In order for us to survive, certain tissues and organs, like the brain, heart, liver and skin, need to maintain their protein content. These essential tissues and organs rely on a steady supply of amino acids via the blood to serve as precursors for the synthesis of new proteins to balance the persistent rate of protein breakdown that occurs in all tissues. 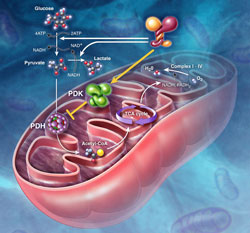 In the absence of nutrient intake (for example in between meals and during sleep) muscle protein serves as the principal reservoir to replace blood amino acid taken up by other tissues (2-4). In the fasting state, blood amino acids serve not only as precursors for the synthesis of proteins but also as precursors for hepatic gluconeogenesis (5). Consequently, the protein mass of essential tissues and organs, as well as the necessary plasma glucose concentration, can be maintained relatively constant despite the absence of nutritional intake, provided muscle mass is adequate to supply the required amino acids.

Role of muscle in chronic disease

Chronic diseases related to poor lifestyle behaviors account for more than two-thirds of deaths in the United States (6), and alterations in muscle and loss of muscle mass (muscle wasting) play an important role in the most common diseases and conditions (7). Heart disease and cancer are the major chronic diseases suffered in the Western world (6), and both cardiac failure and cancer are often associated with rapid and extensive loss of muscle mass, strength, and metabolic function (cachexia) (1, 8, 9). With cardiac and cancer cachexia, the loss of muscle mass is an important determinant of survival. In these conditions these are notable alterations in muscle metabolism (1), among all an increased expression of muscle catabolic pathways and myostatin (which inhibits muscle growth) (10).

Another chronic condition that is caused by muscle loss is sarcopenia, which is a progressive loss of muscle mass and function that occurs with aging and causes frailty (11-14). Sarcopenia is a widespread syndrome that has a devastating effect on quality of life, activities of daily living and ultimately survival (11-14). Muscle loss isn’t just negative for the elderly, is also occurs in younger people, and is then called myopenia (15).

Exercise training has been proven to be beneficial in chronic diseases and conditions that cause, or are caused by, muscle wasting (1, 8, 9, 11, 13, 14). Another chronic disease where muscle mass (and exercise) is of importance is osteoporosis.

Mechanical force on bone is essential for increasing and maintaining bone strength and mass (16). Whereas body weight and weight-bearing exercises provide a direct mechanical force on bones, the largest loads on bone are proposed to come from muscle contractions (16). Correlations between grip strength and bone area, bone mineral content, and bone mineral density in both healthy athletes (17) and stroke patients (18) support the notion that muscle contractions play a significant role in bone strength and mass. Even the correlation between body weight and bone mass can be explained on the basis of the force exerted on bone by muscle contractions, in that it takes more force per unit area to move heavier bodies.

Furthermore, changes in bone mass and muscle strength move in the same direction over the life span (16). Although it is debatable whether it is muscle strength or simply muscle mass that is important in determining bone strength and mass, is has been shown that muscle mass correlates positively with bone mineral content and bone mineral density (19). Thus, maintenance of adequate bone strength and density with aging is highly dependent on the maintenance of adequate muscle mass and function.

Role of muscle in the prevention of obesity

Whereas the role of muscle is central and obvious in syndromes such as sarcopenia and cachexia, which are defined—at least in part—by loss of muscle mass and strength, the potential role of muscle in the prevention of obesity is less well appreciated.

The development of obesity results from an energy imbalance over a prolonged time, which means that energy intake exceeds energy expenditure.

An effect on energy balance can therefore be achieved by altering either energy intake or energy expenditure. In our diet focused society, the energy intake side of the energy balance equation gets almost all the attention. This is unfortunate since variations in our energy expenditure are at least as important. After all, it is called “energy balance” which means that both sides need to be balanced at a healthy level. Just cutting back on our caloric intake will not put our energy balance at a healthy level. Instead it will just cause deprivation and frustration. 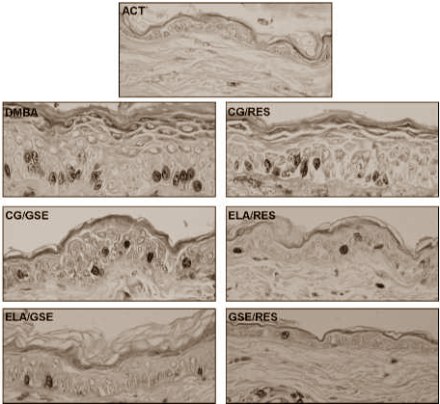 The average muscle mass of young, healthy males to range from 35 to 50 kg (20). In contrast, an elderly woman may have less than 13 kg muscle. While the exact energetic of muscle protein turnover aren’t known, a conservative estimate can be done on the basis of muscle protein synthesis. For our male and old woman, the energy expenditure per day as a result of muscle protein synthesis may range from 485 kcal/d to 120 kcal/d (21-24). This is a quite large difference, and doesn’t even consider any increase in protein turnover caused by physical activity. Note that in this example the male is not a bodybuilder. Extremes in muscle mass, for example male body builders to frail elderly, would cause even greater differences in resting energy expenditure.

In terms of whole-body energy balance, a difference in resting energy expenditure of 365 kcal/d, stemming from a difference in muscle protein turnover, would lead to a gain or loss of 47 g fat mass/day, because 1 kg (2.2 lb) of fat stores 7700 kcal (25). If activity and diet remained constant, this would mean a gain or loss of 1.4 kg (3.1 lb) fat mass/month. This effect on energy balance is particularly striking when it is realized that the estimate given above for the energy expenditure associated with muscle protein turnover is likely an underestimate, because protein breakdown also requires energy. It is evident from these estimations that, when a long-term perspective is considered, even relatively small differences (eg, 10 kg = 22lb) in muscle mass could have a significant effect on energy balance. Every 10-kg difference in lean mass translates to a difference in energy expenditure of ≈100 kcal/day, assuming a constant rate of protein turnover. In considering the magnitude of energy imbalances leading to obesity, it is reasonable to view the situation over long periods of time, because obesity often develops over months and even years. A difference in energy expenditure of 100 kcal/day translates to ≈4.7 kg (10.3 lb) fat mass/year. Thus, the maintenance of a large muscle mass and consequent muscle protein turnover can contribute to the prevention of obesity.

The expanded muscle mass can be capitalized on to facilitate fat loss. It is evident from the calculations presented above that a stimulation of muscle protein turnover in the setting of increased muscle mass could have a significant effect on resting energy expenditure and thereby energy balance. This can be accomplished through nutrition, because increasing amino acid availability, through and increased protein intake, increases muscle protein turnover (26).

What’s interesting is that the calories used to provide energy for muscle protein turnover is largely derived from stored fat, because this is the preferred energy source of resting muscle (27). This has been confirmed in studies of testosterone injection in hypogonadal elderly men, in which increases in muscle protein synthesis and lean body mass over time was accompanied by a decrease in fat mass (28).

Now you have some good and scientifically supported arguments to present when your friends and family members start complaining about your high protein intake and passion for training and growing muscle!

I will leave the related topic of “how much muscle is adequate muscle” for another article and discussion. Hopefully studies will start to pop up in the near future on the relation of the fat free mass index (FFMA) and obesity and chronic diseases, and its importance for health and well being.

12 Evans WJ. What is sarcopenia? The journals of gerontology Series A, Biological sciences and medical sciences. 1995 Nov;50 Spec No:5-8.

16 Frost HM. On our age-related bone loss: insights from a new paradigm. Journal of bone and mineral research : the official journal of the American Society for Bone and Mineral Research. 1997 Oct;12(10):1539-46.