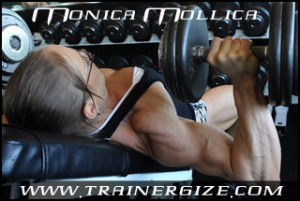 The subjects in this study were healthy young men (21 years old, 5ft 7in tall, 162 lb), who were recreationally active with no formal weight-lifting experience or regular weight-lifting activity over the last year. The training program consisted of unilateral knee extension training performed 3 times per week for 10 weeks. Each leg was randomly assigned to one of three workouts:

Before and after the training program, whole muscle volume was measured (using magnetic

After 10 weeks of training, the quadriceps muscle volume (indicating muscle growth) increased significantly in all groups.The increase in the 30%-3 and 80%-3 condition was similar, and about twice as large as the increase seen in the 80%-1 condition.