Metabolic Typing – A Look at Metabolism 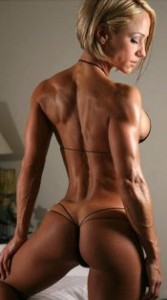 Over the years I’ve done quite a bit of research on metabolic typing and I’d like to talk a little bit about this concept. Metabolic typing is the term for a form of nutritional management and diet based upon the concept that people have unique metabolisms, and therefore the nutrients and their balance which are appropriate for one person may be inappropriate for a second, and detrimental for a third.

A principle of metabolic typing is that different populations of people and their respective genetic pools have developed over time, different types of metabolism. For example, some people oxidize carbohydrates quickly and others oxidize them slowly. Some people have a sympathetic nervous system which is more (or less) reactive than their parasympathetic system, and so on. Because of this, different nutrients, eating patterns, and supplementary trace elements will often have different effects for different people.

Thus, a particular regimen that may be applicable for some individuals (ie some metabolic types), will be inapplicable or deleterious for others. For example, some people might benefit from a high protein diet which would lead them to feel high energy and healthy, but for others the identical diet would problematically lead to weight gain and fatigue. Such people might need a low protein/high carbohydrate diet for the same effect, due to differences in how their bodies metabolise food.

Examples of this can be seen in populations such as the Inuit (Eskimo) or tropical tribespeople, whose diets, although radically different, seem to be healthy for them, and also in the reduction in health that such populations often seem to incur when they exchange their diet for that of a different population.

There are many different popular diets and books based on observing or measuring physiological differences between various people. Some of the popular variations of metabolic typing include the Metabolic typing diet, Eat Right 4 your type diet, blood type diet, the acid-alkaline diet, agriculturist vs hunter-gatherer diet, Earth wind and fire diet, and many others. Good luck narrowing any of them down to easily comprehendable characteristics, much less all of them.

The 2 Main Indicators of Metabolic Type

People with an efficient metabolism are sometimes called thrifty phenotypes in the scientific literature.

People with an inefficient metabolism are sometimes called spendthrift phenotypes in the scientific literature.

Characteristics of a very efficient (calorie saving) metabolism include:

1. Very insulin and carbohydrate sensitive – Insulin is a hormone the body uses to “store” or “pack away” calories for later use. Obviously, it makes sense that an efficient metabolism would either respond very well to insulin and/or overproduce insulin in response to elevated blood glucose, which mainly comes from carbohydrate intake. This enhanced blood glucose sensitivity would ensure that incoming fuel would not go to waste. It would either be immediately burned or easily packed away for later use. At a given level of body-fat, insulin sensitivity can vary nearly 10-fold between different people.

2. Lower natural sympathetic nervous system (SNS) output (natural ephedrine). Sympathetic nervous system output refers to catecholamine levels (epinephrine and nor-epinephrine), and glucocorticoids (cortisol). These hormones are what energize us, keep us alert, and allow us to respond to stress. We sometimes artificially elevate them with caffeine and other stimulants. Generally speaking,levels of catecholamines and glucocorticoids in individuals tend to run in parallel. So if one produces a lot of epinephrine they also probably produce a lot of cortisol. Insulin sensitivity and sympathetic nervous system output tend to be inversely correlated. Thus, those that have a natural inclination towards an underactive SNS also tend to be more insulin and carbohydrate sensitive. The reverse is also true. One with a natural inclination towards an overactive SNS will tend to less insulin and carbohydrate sensitive.

3. Lack of natural muscle mass Excess muscle mass burns up a lot of additional fuel. The last thing in the world a “fuel efficient” machine would want is to have to lug around a bunch of useless muscle mass.

4. Slow twitch dominant muscle characteristics- Again, fast twitch muscle fibers and fast twitch characteristics tend to lend themselves to burning up a lot of fuel. An organism seeking to operate “efficiently” would be best served to operate with a motor more like a Honda Civic and less like an F-1 race car.

5. A tendency to gain weight easily- This one is fairly self explanatory. One with an efficient metabolism will have a lower metabolic rate and a natural propensity to store extra calories as fat rather than burning them off.

9.Health problems related to being overweight don’t tend to set in untill a SIGNIFICANT amount of fat has been gained This goes in line with the above lower natural blood pressure and heart rate. Obesity obviously creates a multitude of health problems. Among those health problems include: high blood pressure, heart disease, stroke, elevated tryglycerides, insulin resistance, and diabetes. Some people can get significantly fat (~100 pounds or more overweight), yet still have fairly normal levels of all the above. Other people start showing symptoms of these problems even at relatively normal or relatively low levels of fatness. People with efficient metabolisms tend to better tolerate increased levels of fatness from a health standpoint.

Characteristics of a very inefficient metabolism include:

1. Naturally more insulin resistant- Someone with an inefficient metabolism does not tend to be hyper-responsive to insulin. Thus, they can eat a high sugar meal and have normal levels of energy for hours and hours without crashing. They also tend to have more of a flatline blood glucose response curve and for that reason have more of a natural inclination towards diabetes. When they exercise, they tend to become more insulin sensitive.

3. More muscle mass- This is not a given, but often inefficient metabolisms will demonstrate a greater natural level of muscle mass and more importantly, have a much easier time increasing their muscle mass in the absence of signficant adipose tissue gain.

5. Greater natural energy level- This is due to the increased SNS activity in this group

6. Tendency to both lose and gain fat easily- This might seem like a paradox but it makes sense when you consider the natural propensity towards insulin resistance in this group. Consider the current most popular scientific description of insulin resistance as it being a state in which the body tries to waste excess calories in order to prevent further fat gain. An organism that naturally tries to waste excess calories will have an easier time getting and/or becoming lean. However, if that insulin resistance reaches a certain point (which often happens with lack of activity and weight gain), nutrients can no longer be stored in the muscle and end up getting stored in fat cells. Additionally, the brain reaches a state where it thinks its starving even though it’s well fed. Either of these can lead to easy weight gain. Thus, in the absence of activity this group can often easily gain a significant amount of fat. With activity this group will easily shed fat.

Think of what happens when you bring a fat guy with a big beer belly in the gym and get him training and eating right? He burns fat and builds muscle lke nobodies business. Yet what happens when that same guy sits on his butt? He tends to pile on fat very quickly. A person does not have to be fat to have the metabolism of the fat guy.

7. Visceral adipose tissue fat storage patterns- This is again due to the increased SNS activity in this group, particularly of cortisol. Increased cortisol leads to preferential VAT distribution. The good thing about VAT is it is easy to lose and responds easily to decreased caloric intake. The bad thing is it dumps directly into the liver and can thus easily lead to health problems.

9. Health problems related to being overweight set in at a relatively low level of BF or bodyweight- Because they already have more of a natural propensity towards insulin resistance, diabetes, heart disease, stroke, etc, and because those things are magnified by increasing body-fat, this group tends to have an easier time developing those things.

10. This group responds well to more carbs in the diet providing they stay active. They can also respond well to lower carb diets although some will struggle with energy level on that type of fare. Some people with these characteristics will have a hard time eating enough when they are active.

It should be evident that most people are a mix of the 2 extremes, however, most people will have a lean towards one side. Some people will have as few as one strong tendency from either of the groups that can become the dominant characteristic. Skinny hardgainers with fast metabolisms demonstrate increased SNS activity and lack of muscle size, yet don’t share many other characteristics of the inefficient type.

In the United States, Native Americans (Indians) are a perfect example of the extreme efficient type, African Americans are a good example of the extreme inefficient type. Although you see increased obesity in both of those groups, that obesity probably tends to occur for nearly completely opposite reasons. One can become fat due to either being extremely sensitive to insulin (hypoglycemia), or from extreme insulin resistance. In the first case, blood sugar swings wildly back and forth all day long and appetite is difficult to control. In the second case, assuming one is inactive, blood sugar and insulin stay chronically elevated, the brain thinks it’s starving even though it’s well fed, and nutrients end up being stored in fat cells rather than muscle cells. More protein in the diet will help fix either problem.

So Which Group Are You In?

How do you identify which group you’re in? Well, if you haven’t figured it out from the above, simply observe what happens when you eat a high carbohydrate breakfast first thing in the morning. Do you feel like superman for 30 minutes and then crash? If so you’re probably in the more efficient group. Can you eat a high carb breakfast and feel fine for 3 hours? If so you’re probably in the less efficient group.

So, based on that information, what is your ideal diet? Protein recommendations need not vary that significantly between diets. An athlete needs 1 to 1.5 grams per pound of bodyweight, which generally means that about 40% of your calories are going to come from protein. Most of the adjustments revolve around manipulating fat and carb consumption.

If you’re an in-efficient metabolic type, you probably have better carbohydrate tolerance, aren’t terribly efficient at oxidizing fats, thus you’ll probably do well on a diet that is about 40 percent protein, 40-45 percent carbs and 15-20 percent fat. If you’re an efficient metabolic type, you’re probably carb intolerant, oxidize fats well, thus a diet lower in carbs and higher in fat is probably a better choice. A good starting point might be 40 percent protein, 20-30 percent carbs and 30-40 percent fat.

The main points to take home are that the efficient metabolisms are the ones that are really gonna have to get diligent and watch the carbohydrates in their diet and keep your activity levels up. Those with inefficient metabolisms can get away with eating crap providing they stay active (one reason why you’ll see few professional football or basketball players on any elaborate restrictive diet), yet they’re gonna have to be more careful if they let their activity levels lapse.