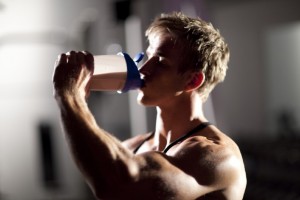 After over a decade of researching, lecturing and writing about supplements, I’ve noticed that people often have many of the same common questions. So, let me see if I can help answer some of the questions that I’ve been frequently been asked over the years in the hopes that you too have been wondering about these same issues – and never gotten a straight answer.
What Are Supplements?

In America, supplements have a definition. This definition was born out of the Dietary Supplement Health and Education Act of 1994 (DSHEA). that was signed into law by President Bill Clinton. One of the principle authors of this bill was Senator Orin Hatch of Utah. This is the official definition of a supplement:

a product (other than tobacco) intended to supplement the diet that bears or contains one or more of the following dietary ingredients: a vitamin, mineral, amino acid, herb or other botanical

a concentrate, metabolite, constituent, extract, or combination of any ingredient described above

intended for ingestion in the form of a capsule, powder, softgel, or gelcap, and not represented as a conventional food or as a sole item of a meal or the diet

is labeled a “dietary supplement”.

It is because of this very wordy definition that a variety of things can be called dietary supplements.

Does The Government Regulate Supplements?

Yes, there is some government regulation of supplements but it is not the same as is required for prescription drugs. Supplements do not have to undergo rigorous testing or submit their products to the FDA to prove they are effective or safe before they are sold to the public. This means that supplement companies are basically on the honor system. We take their word that their products are safe and that they contain what the maker says. The FDA can take legal action against the makers of supplements that are deemed unsafe or which make illegal claims. The FDA does dictate what a supplement label looks like and what can be said (and not said) about what supplements do.

What Are Structure /Function Claims?

Makers of supplements cannot say that their products treat or cure a disease. That is illegal in America. But, companies can make “structure/function claims”. These statements discuss how the supplement may be used in the body. You can recognize these claims by looking for buzz words like aids, maintains and supports. For example, a product of vitamin C may say “immune support” or “supports a healthy immune system”.

As I mentioned in the “About the Geek” page, this is my litmus test for whether a supplement works or not. Peer-reviewed research is, the best research. To have a study that is peer-reviewed means that before the study was published in a scientific journal, it was first reviewed by other competent scientists (the “peers”) whose job is to look for mistakes or flaws in the experiment. Any errors in research that are discovered during the peer-review process must be fixed before the study is accepted for publication. The only downside of reading peer reviewed research is that for most non-geeks, its about as exciting as watching the grass grow. Hopefully, I can make it a little bit more enjoyable.

The term abstract is the geeky way of referring to a summary of a study. Abstracts are usually about a paragraph long. Supplement companies sometimes list abstracts as “proof” that a supplement works – but abstracts are generally not peer-reviewed. While they often appear in scientific journals, they hold less weight than a published peer reviewed study.

What Does “Clinically Proven” Mean?

The phrase “clinically proven” which is used frequently in supplement advertisements is actually a very generic statement that could mean almost anything. Saying that something is clinically proven does not say anything about the quality of the proof (was it a good study or a bad study?). The thing to ask yourself when you encounter this statement is whether or not the clinically proven evidence refers to a published, peer-reviewed study.

What Does “Emerging Research” Mean?

We often hear statements like “a safe, natural alternative” in supplement advertisements. But, does natural mean safe? Lightening is natural. Earthquakes are natural; cyanide is natural. But are they safe? Natural does not always mean safe or safe for everybody. Most supplements on the market in the US are safe (if they weren’t people would be dropping like flies!). But it’s also true that many things have side effects. Most side effects are mild but some can be devastating. For example, smokers who take beta carotene supplements have an increased risk of lung cancer. This fact has been known since the 1990s but why have most people never heard about it?

Can Supplements Interact With Drugs?

Yes. Supplements that have similar properties could, in theory, produce a larger effect than either supplement could if used by itself. For example, both vitamin E and ginkgo have anti-blood clotting (“blood thinning”) properties. Taking both together, in theory, might “over thin” the blood resulting in a stroke!

Who Should Avoid Supplements?

This is because nobody really knows what supplements do in these groups. It is unethical to experiment on pregnant women or children and those who cannot legally or intellectually accept the risks of research. This is why you usually see disclaimers at the bottom of supplement advertisements pertaining to pregnant women, those with health issues and children.

Does the FDA Regulate Supplements?

The FDA has some regulation over supplements but they do not study supplements for safety or test whether they are effective either. This is why you always see this disclaimer in ads for supplements:

These statements have not been evaluated by the Food and Drug Administration. This product is not intended to diagnose, treat, cure or prevent any disease.

This is the US government’s way of saying to the consumer that the government is not endorsing the claims made about the supplement . It’s also reminding the people that in spite of the structure/function claim (e.g “aids in prostate health”), the supplement should not be used in place of any conventional medical treatment.

Not necessarily but I do believe that it’s best to get most nutrients from food when possible. For example, your multivitamin probably contains folic acid. Folic acid is the synthetic form of folate -the natural form of the vitamin. Folic acid is absorbed better than the natural form. Folic acid does help reduce birth defects and that’s good. However some research also shows that folic acid supplements (and food that is fortified with folic acid) appear to increase the risk for prostate and colon cancer! Just as babies need folic acid to grow, so too does cancer. This doesn’t happen when people eat food in its natural (not fortified) state. As you see, things can be very complicated. While folic acid supplements may be best for pregnant woman, they may not always be the best for everybody else.