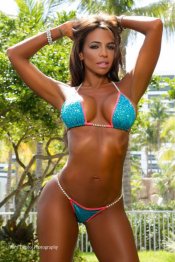 Here’s a true story… On a fitness message board, a member cautioned another against having peanut butter with his oatmeal. “Why not?” asked the confused youth. The pseudo-educated guy answered, “This is bad, never, especially while cutting, do you mix carbs and fats. PWO should be pro/carb.” I had to go into that thread and straighten things out. Yes, I’ll admit that I get kick out of breaking up a good bro-down. This incident was in 2004, and the last time I checked, we’re dangerously close to half a decade past that. Believe it or not, people still parrot this guideline.

In the same absolutist vein that The Zone Diet warns against consuming carbs without fat along with it, some of you may be aware of the opposite recommendation to avoid combining fats and carbs. It’s been suggested that when insulin levels are high, dietary fat in circulation has a better chance of making into the storage depots. This is misleading because it’s assumes a singular transient event will develop into the multi-factorial condition of over-fatness. Furthermore, it mistakenly ordains insulin as the almighty agent of fat gain (or inhibition of fat loss). Let’s clear up this mess, shall we?

How did this start?

Despite small fluctuations, the Standard American Diet (SAD) has traditionally been higher in carbohydrate (52%) and fat (33%), with protein (15%) taking up the least dietary space [1]. Since the prevalence of obesity has risen to belt-popping proportions in the US over the last three decades, it’s easy to claim that the high-carb/high-fat combination will keep you nice and plump. However, fitness buffs are typically on a high-protein/anti-carb kick, so the separation of carbs and fat in this population would have minimal impact either way. Still, the no-carbs-with-fat dictum has been adopted by many individuals in search of the edge; the magic secret.

One of the biggest logical flaws of the “don’t mix carbs with fat” philosophy is that it’s extremely rare for individuals consuming more than one or two meals per day to be in a truly fasted state aside from waking in the morning. For most of us, there’s a constant meal absorption overlap that keeps insulin, glucose, amino acids, and lipids in the blood above fasting levels. Since we spend most of our waking hours in the ‘fed state’, it’s flat-out silly to think we can avoid this overlap by simply separating our carb and fat intake by a few hours. So, is this mixture of substrates in circulation a bad thing for fat loss in the first place? Buckle up, here comes the cold, hard data.

One thing that really bugs me is when someone makes an adamant claim about how the body works, but has no objective evidence to back it up. Such is the case with claiming that mixing fats and carbs is the ticket to fat gain (or fat retention). To my knowledge, there’s only a single study directly comparing the separation of carbs and fats versus their combination [2]. Both groups lost a significant amount of bodyweight. Although not to a degree of statistical significance, the combination group had greater weight and fat loss. The researchers concluded that despite popular belief, the separation of macronutrients (carbs and fat in particular) had no metabolic benefit over consuming them together.

A relatively recent trial examined the effects of 3 diets consisting of roughly 1400 kcals each for 8 weeks, followed by 4 weeks of maintenance [3]. The diets had the following macronutrient proportions: a) very low fat (70% carb, 10% fat, 20% protein), b) high unsaturated fat (50% carb, 30% fat, 20% protein), and c) very low carb (4% carb, 61% fat, 35% protein). Since none of the groups were told to separate their fat and carb intake, the high unsaturated fat group should have lost the least amount of fat because of all that dreadful mixing, right? On the contrary, no significant differences were seen in total weight loss, or loss of bodyfat percent. And here’s the kicker: this lack of difference in bodyfat reduction was seen despite the distinctly different effects each diet had on fasting insulin levels.

Another recent trial compared two 1500 calorie diets, a non-ketogenic diet and a ketogenic one [4]. Insulin sensitivity was equally improved between the groups. No inhibition of fat loss was seen in the non-ketogenic diet despite the fact that it was moderate in both fat (30%) and carbs (40%). In fact, the non-keto group lost more bodyweight and bodyfat than the keto group, although neither of these effects was statistically significant. It appears that any threat of fat/carb combining slowing fat loss is imagination-based.

Nails in the coffin, anyone?

The current body of research focuses on obese, deconditioned, or untrained subjects. And still, the moderate-carb/fat-combining fails to show a fat loss disadvantage over carb-restricted or carb-separated conditions. Putting athletic subjects through the same conditions would show even LESS of a difference. Since fit folks have far better glucose and insulin metabolisms than the unconditioned obese, nit-picky combination or separation would be a nonfactor for fat loss.

The bottom line is that as long as you’re aware of your macronutrient targets for the day, go ahead and sludge that peanut butter into your oatmeal if your little heart desires it. Leave the neurotic eating behaviors for those with a lot of faith in fairy tales.