Calories, Not Protein, Leads To Increases In Body Fat When Eating Excess Calories! 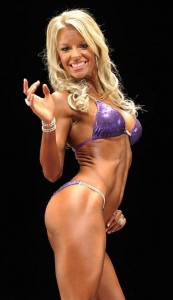 Calories, Not Protein, Leads To Increases In Body Fat When Eating Excess Calories!

But seriously, this is a very important study, I have said something similar for decades. For example, if you read my article Brink’s Unified Theory Of Nutrition you will see I essentially concluded what this recent study found: Not all calories are created equal, macro nutrient ratios matter, and there’s profound effects from simple changes in those macro nutrient ratios on body comp, and tracking changes in fat vs. weight is what actually matters…

I don’t know if this study will get the attention it deserves in the media, or by the main stream nutrition/med community, but it’s a seminal study. The fact is, older studies that simply track weight loss/gain need to be scrapped as they are essentially of no value in my view. Modern studies such as this, that actually look at end points that matter, are what will finally answer age old questions on nutrition.

Below is write up of the study for non-science types, and a link to the full study follows for those who wish to read that too.

In a study published in the January 4 issue of JAMA, researchers assessed 25 healthy individuals who were randomized to different levels of overconsumption on protein diets whilst living in a controlled setting. They found that those who consumed the low-protein diet gained less weight compared with those eating normal and high protein diets. Furthermore, they established that calories alone and not protein seemed to contribute to increases in body fat and that protein did contribute to changes in energy expenditure and lean body mass.

According to background information in the article, “Obesity has become a major public health concern with more than 60 percent of adults in the United States categorized as overweight and more than 30 percent as obese.” However, which role the composition of a diet plays in response to overeating and energy dissipation remains unclear.

George A. Bray, M.D. and team decided to establish whether the level of dietary protein differentially affected body composition, weight gain, or energy expenditure under tightly controlled conditions. They conducted a randomized controlled trial in 25 healthy, weight-stable American male and female volunteers who were aged between 18 to 35 years with a body mass index between 19 and 30 at an inpatient metabolic unit. The first volunteer was admitted in June 2005 with the last one joining in October 2007.

Following a weight-stabilizing diet, the researchers randomized the participants to receive a diet containing 5% of energy from low protein, 15% from normal protein or 25% on a high protein diet. During the last 8 weeks of their 10- to 12-week stay at the inpatient metabolic unit, the researchers overfed the volunteers. The protein diets provided a raised energy intake of about 40 % translating to 954 calories per day in comparison to the energy intake the volunteers received during their weight stabilization period.

According to the researchers:

Drs. Zhaoping Li, and David Heber, of the University of California in Los Angeles comment in an accompanying editorial, that the results of this study:

“Inform primary care physicians and policy makers about the benefits of protein in weight management. The results suggest that overeating low protein diets may increase fat deposition leading to loss of lean body mass despite lesser increases in body weight.

Policy makers and primary care physicians need to understand the role of the Western diet in promoting overweight and obesity.

Because this diet increases the risks of over nutrition through fat deposition beyond that detected by body mass index, the method used to assess the current obesity epidemic and the magnitude of the obesity epidemic may have been underestimated. Clinicians should consider assessing a patient’s overall fatness rather than simply measuring body weight or body mass index and concentrate on the potential complications of excess fat accumulation. The goals for obesity treatment should involve fat reduction rather than simply weight loss, along with a better understanding of nutrition science.”