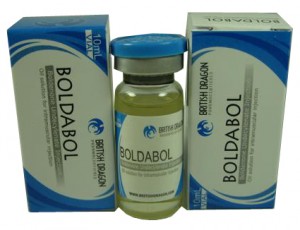 Boldenone, particularly Boldenone Undecyclenate, is a drug which has procured devoted advocates on both sides of the fence. Opinions run strong regarding the effectiveness of this steroid, with the unimpressed often chastising it as worthless and its ardent supporters touting it as indispensible. Perhaps more than any other steroid, there is a clear rift between acceptance and rejection and while variances in personal response combined with its slow-acting nature no doubt play a role in this divide, I am convinced that the primary reason for such conflicting views is due to suboptimal dosing practices among many of its users.

Boldenone, most commonly known as Equipoise (EQ for short), and also sold under the names Ganabol, Equigan and Ultragan, was originally produced as a veterinary steroid. Traditionally, it has been used in race horses in order to increase performance and aid in recovery, but it did not take long for BB’rs to begin experimenting with the drug and by the 1980’s, it was in relatively high demand. Initially thought of as an “exotic” steroid, it is now under mass production by today’s UGL’s and is considered basic stock in the world of AAS. Legend has it that even 8X Mr. Olympia himself, Lee Haney, was a big fan of this drug. Certainly, this would’ve contributed to its growing popularity back in the day.

On paper, there doesn’t appear to be anything special about Boldenone. Here are some basic facts: It is a non-progestagenic, non-methylated 1-dehydro derivative of testosterone, so it lacks the liver toxic effects associated with most oral steroids. It possesses an A:A ratio of 100:50 (anabolic/androgenic), making it roughly half as androgenic as testosterone and equally anabolic when compared on a mg to mg basis. Boldenone displays a weaker binding affinity for the androgen receptor than testosterone, yet it is less prone to attach to sex hormone binding globulin, which likely helps to balance out its myotropic effects. The drug will maintain blood levels of the base compound for roughly 14-16 days post-injection, yet twice weekly injections are appropriate when attempting to maintain stable blood levels.

One interesting characteristic of Boldenone which bears mentioning is the discrepancy between its proposed rate of aromatization and its propensity to initiate estrogen side effects. Boldenone is said to aromatize at about 50% the rate of testosterone, which should make it a fairly estrogenic drug, prone to causing estrogenic side effects such as gynecomastia and water retention, especially at higher dosages. However, real-world experience has shown us that EQ is very unlikely to propagate serious estrogenic side effects, even when administered at high dosages. For example, it is very common for a testosterone user to experience gynecomastia and water retention at a dosage of 500 mg per week, if not dealt with…and they almost always occur when venturing up to the 750-1,000 mg per week range. Many users will encounter these side effects even when using as little as 300-400 mg per week. However, when administering EQ at dosages of 600-800 mg per week, those side effects rarely manifest…and few users experience them even when using 1,000 mg per week or more! With EQ aromatizing at half the rate of testosterone, one would expect to witness estrogenic side effects in a large percentage of users, but this does not occur. Why? One explanation is found in the drug’s metabolism. Specifically, Boldenone metabolizes to an anti-aromatase inhibitor known as 1,4 dienedone. This could certainly explain why Boldenone, despite it relatively high rate of aromatization, does not deliver anywhere near the estrogenic punch that its aromatization rate implies.

One highly prized trait of EQ, which has been established as a long-held belief for decades now, is its ability to increase vascularity to a greater degree than other androgens. Many years ago, I couldn’t help but wonder if this claim was nothing more than placebo-strengthened lore. Yet, repeated personal experiences, as well as speaking with 100’s of other athletes over the years, have confirmed, at least in my mind, this claim to be fact. It is true that all androgens increase RBC count, which can potentially increase vascularity, yet science has not yet found any mechanism by which Boldenone might accomplish this more proficiently than other AAS. Still, I do not find this surprising given the fact that we know many things about AAS through real-world experience, which have not yet been proven by accepted science.

In light of the vascularity claim, this is an ideal time to discuss another one of Boldenone’s unique, yet scientifically unproven characteristics…increased appetite. While once again, we can find no legitimate mechanism by which Boldenone might accomplish this feat, many users have sworn that this “side effect” is a reality. Personally, I am not yet convinced of its existence, as there are not only other plausible explanations, but I have never experienced it myself, despite experimenting with large dosages of the drug. Still, I do not deny the possibility of its existence, being that many individuals over the years have supported the notion.

As expected, Boldenone is known to provide lean, hard, water-free increases in muscle tissue. However, it is not generally recognized as a very potent muscle-builder, but has often been used as an “add-on” or secondary steroid, in order to further increase one’s results without a commensurate increase in side effects. Few expect it to provide impressive growth and it is almost never used as the base drug in one’s stack. Because of this, I began to re-evaluate the proposed optimal dosing guidelines for this drug and what I found that is that unlike most other steroids, which usually begin to reach the point of diminishing returns at between 500-1,000 mg per week, EQ tends to reach its optimal dosing range much later on…around 2 grams per week (great results will be found between 1.5-3.0 grams). Of course, all steroids will continue to activate more receptor sites (and thus provide greater muscle growth), up until about 3,500 mg per week, but with Boldenone, it seems that the gains are just starting to get good at 1 gram weekly, while most other AAS seem to be nearly tapped out by that point, quickly hitting the point of diminishing returns.

One factor which makes higher dosing with EQ possible is its relatively mild nature, in terms of side effects. While many steroids would be rather unpleasant to run at 2 grams weekly, many individuals will find Boldenone to be rather tame at that dose. This is an important consideration because after all, no one wants to be miserable on-cycle. It is understandable to think that some may initially be put off by these doses, as the typical steroid user frequently views anything over 1 gram per week (per steroid) as “mega-dosing” and therefore, excessive. Assumably, this mentality was instilled through the repeated dosing recommendations of other AAS, which by their nature, do not need to be dosed much higher than 1 gram weekly in order to achieve near optimal results, but with Boldenone, we are dealing with a different animal altogether. Boldenone is a steroid which “needs” to be dosed higher than other AAS if one wishes to take advantage of the full capabilities of this drug. 600-800 mg per week just isn’t going to cut it if one wants to experience everything this drug has to offer. When dosed at the above mentioned range, Boldenone becomes a formidable muscle-builder, packing on genuine muscle fiber rather quickly. No, using bold at 2 grams weekly will not add as much bodyweight as 2 grams of test, but unlike testosterone, the weight gained will be actual muscle tissue, not a moderate amount of muscle accompanied by a small pool of water. In short, you will look much better using 2 grams of Boldenone along with a moderate amount of test, than you will be using a mountain of test along with a moderate dose of Bold.

Over the last 6+ months, at my recommendation, I have had the pleasure of witnessing first-hand the effect that larger dosages of Boldenone has had on numerous individuals and without exception, everyone who engaged in this practice reported a much more pleasant cycle compared to the typical test-heavy cycles so common today, as well as a dramatic improvement in the quality of their musculature. Needless to say, by the conclusion of their cycles, Boldenone was no longer viewed a weak muscle builder, being suitable only as an “add-on”, but as a real alternative to more traditional cycles. So, the next time you consider using Bold as a part of your cycle, try to look at it from a fresh perspective…as a drug which “needs” to be utilized at higher dosages in order to experience all that it has to offer. If you do, I can promise you impressive, high-quality, water-free increases in muscle tissue, along with dramatic increases in vascularity over a 12-16 week period.