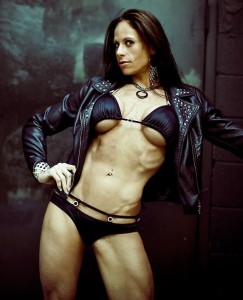 One of the most important (if not the most important) factor influencing muscle growth is that of nutrition. Its importance cannot be overstated, yet it remains the single most neglected component in most BBr’s programs. Complicating matters further is that many individuals are not even aware that this vital aspect of their program is sorely lacking. Failure to properly construct a diet regimen which adequately meets the body’s needs on a consistent basis is the #1 reason most BB’rs today do not achieve their maximum potential.

Have you ever seen that guy in the gym, who despite training his ass off week after week, never seems to make any meaningful progress? Often times these individuals will follow all the latest training programs, take all the newest supplements, and even utilize AAS, yet their progress is disappointing by anyone’s standards. In cases like these, we can be assured that dietary insufficiency is almost certainly the culprit. Lest anyone think that their BB’ing progress is not negatively affected by their diet habits simply because they do not fall into this category, many would do well to reconsider. There are just as many intermediate to advanced BB’rs out there whose progress has slowed or stopped, due to mistakes made in their diet. Often times these BB’rs falsely conclude that they have hit an inevitable plateau…or that their genetics won’t allow them to gain additional mass. After all, since they were able to easily gain muscle when they first began lifting and they continued to make good progress for the first few years of their journey, surely their diet is not to blame for their current lack of progress, right? “Everyone’s growth slows down eventually”, they say, and it is this mind-set that so often prevents a BB’r from tackling the real issue and continuing to move forward.

Just because our nutritional program may have been ideal for the first few years of training, it does not mean it is suitable now. As continually growing BB’rs, our dietary requirements are constantly changing and the BB’r who does not keep up with these constantly changing requirements will eventually stagnate and stop gaining muscle altogether. Many lifters understand a great deal about BB’ing nutrition and how to optimally apply it in their own lives, including meal structure, how their body responds to certain foods, what macro ratios work best for them, etc, but the single most common pitfall which keeps most intermediate/advanced BB’rs from getting to the “next level” is the inability to keep pace with the body’s caloric requirements. They simply don’t eat enough to continue building more muscle mass.

Most BB’rs understand the saying “you need to eat big to get big”, but in most cases this is easier said than done. In the beginning, it is relatively easy to eat enough food to sustain growth, as caloric demands are comparatively minimal, but this begins to change as the BB’r adds size. Eventually, a point will be reached where a large amount of calories are required just to maintain one’s current level of muscle mass, let alone build additional tissue. At the more advanced levels of BB’ing, the word “diet” takes on an entirely different meaning. While common knowledge teaches us that muscle tissue requires calories to build & maintain, it is surprising how many people forget this simple lesson later on down the road. When a BB’r first begins his journey, the extra food required for growth is frequently viewed as a welcome addition to his new lifestyle, but by the time he is eating significantly above his previous natural intake, it is typically perceived as more of a burden than a benefit.

It is not uncommon for advanced BB’rs to be introduced to things such as force-feeding, discomfort, a chronic lack of appetite, and indigestion. Eating becomes a full-time job which requires daily sacrifice, while eating like a “normal” person becomes a long lost way of life. At this point, slacking off for even a single day can result in a loss of muscle fullness and poor workout performance, while more lengthy deviation from one’s diet can result in an extensive loss of muscle tissue. The BB’r who has amassed a large amount of mass does not have the luxury of dietary vacations, unless he doesn’t mind losing that hard-earned muscle in rapid fashion. The correct amount of calories must be consumed day in and day out, without fail, while “guessing” no longer an acceptable practice.

I will take a minute to specifically address the intermediate/advanced steroid using BB’r, as rarely does the natural BB’r get to the point where the amount of calories required is excessive. Natural BB’rs, by nature, never get to a point where they must support an amount of muscle tissue beyond their natural limit and therefore, the amount of calories required rarely becomes burdensome. With the intermediate/advanced steroid using BB’r, this is not so. They are often called to support an amount of muscle tissue which is 10, 20, 30, or even 40+ lbs of muscle over their natural limit. This can potentially require an enormous amount of calories. Depending on metabolism, these BB’r may need to consume between 4,000-6,000+ calories per day, in order to support their current amount of lean tissue and enable their body to add additional muscle mass. This is where many BB’rs go wrong. 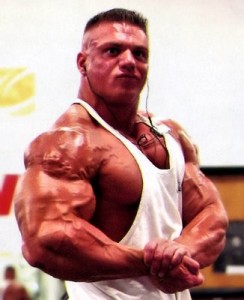 While drugs can help immensely in the acquisition of lean body mass, they do not necessarily ensure easy gains, especially once the BB’r has built an amount of muscle tissue well beyond his natural limit. Sooner or later, even steroid users will struggle to gain additional mass and at some point, progress will stop. The question is “How do we move beyond this sticking point?” Unfortunately, many BB’rs automatically think the answer lies in increasing their drug intake. Sometimes this is the answer, but often it is not. They figure that the amount of anabolics they’re using is no longer sufficient to support additional muscle mass, so they increase their dose. This belief is often confirmed when they see others preaching a similar path to success. Because of this, many times the BB’r will simply add more drugs before he even begins to evaluate the other aspects of his program. However, this will only take a BB’r so far.

In truth, the body can add an amazing amount of muscle tissue on even minimal amounts of drugs, but with the mentality circulating around the forums today, one might be led to believe that drugs are the singular answer to BB’ing success. This has prevented a great many BB’rs from tackling the real issue for their lack of muscle-building progress, which is their diet. Before a BB’r automatically assumes that insufficient drug intake is the reason for his lack of progress, he should look at his diet first. If he is struggling to gain additional mass, despite the fact that he is already using a considerable amount of drugs and is training hard, it may be that he just isn’t eating enough to grow any further. Sometimes increasing daily caloric intake by another 200-300 calories is all it takes to get growing again. The more muscle size the individual builds, the more calories he will require…period…and this process will never cease as long as the individual wants to continue making progress. Just because someone is already eating a lot of calories, it does not mean he may not require more. The bottom line is that BB’ing is tough, especially if pursued at the highest levels, and as any professional BB’r will tell you, diet is the toughest part of all. By the time a BB’r approaches the size of the average national level competitor, you can be rest assured that nutrition has played a massive role. If you are a BB’r who aspires to reach national/pro level size and you’re already using grams of gear, yet you cannot seem to get anywhere close, then the problem almost certainly lies in one of two areas. It is either diet or genetics. While most do not have pro-level genetics in terms of shape & structure, the majority of BB’rs can get far larger than they currently are. Even average genetics, when paired with an effective program, will enable an individual to build extremely impressive amounts of muscular size. Few BB’rs ever come anywhere close to building as much size as their genetics will allow and inadequate diet is the most frequent reason for failure.

So, the next time you hit a plateau in your development, look to your diet first. It may be that you just aren’t eating enough. If after making dietary adjustments you find that your progress is still lacking, then begin exploring other aspects of your program, but do not assume that your daily caloric intake is sufficient just because you already “feel” full or because you’re taking in a certain amount of calories. When attempting to maximize your development, preconceived notions of what you should be doing may lead you off track. Some people will need more food, while others will need less, but one thing you can be assured of is that as you grow, your caloric requirements will continually increase. You will never reach a point where increased muscle does not translate into increased food intake. Every pound gained will increase the caloric demands placed on the body and only those BB’rs who do what it takes to keep pace with these ever-growing requirements will be able to maximize their full genetic potential.