Are You Likely to Respond to Exercise? 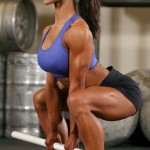 Research has confirmed that people’s physiological responses to exercise vary wildly. Now a new genetic test promises to tell you whether you are likely to benefit aerobically from exercise. The science behind the test is promising, but is this information any of us really needs to know?

Gretchen Reynolds on the science of fitness.

The new test, which is being sold by a British company called XRGenomics, is available to anyone through the company’s Web site and involves rubbing inside your cheek with a supplied swab and returning the tissue sample to the company. Results are then available within a few weeks. It is based on a body of research led by James Timmons, a professor of systems biology at Loughborough University in England, and colleagues at the Pennington Biomedical Research Center in Louisiana and other institutions.

That original research, published in a landmark 2010 study, looked into the genetics of why some people respond to endurance exercise so robustly, while others do not. Some lucky men and women take up jogging, for example, and quickly become much more aerobically fit. Others complete the same program and develop little if any additional endurance, as measured by increases in their VO12 max, or their body’s ability to consume and distribute oxygen to laboring muscles.

For the 2010 study, Dr. Timmons and his colleagues genotyped muscle tissue from several groups of volunteers who had completed 6 to 20 weeks of endurance training. They found that about 30 variations in how genes were expressed had a significant effect on how fit people became. The new test looks for those genetic markers in people’s DNA.

“The idea is to help people to understand why” they might be progressing more slowly in an exercise program than their training partners are, says Dr. Timmons, one of the founders of XRGenomics.

After he appeared on a BBC science program last year, in the course of which the host was revealed to be a “low” responder, according to his gene profile, Dr. Timmons was inundated with e-mails and calls requesting the test, he says. At that point, he and several colleagues filed a patent (still pending) for the gene markers and brought the test to market.

It joins other, less-sophisticated exercise-related gene test kits already available over the counter. These tests, which are not monitored by the Food and Drug Administration, typically rely on a single gene marker and claim to be able to predict whether you — or your child — will have success as a distance runner, say, or as a power-based athlete, like a sprinter.

Their actual predictive value, based on the best currently available genetic science, “is approximately zero,” says Claude Bouchard, a professor of genetics at Pennington, who was the senior author of the 2010 study with Dr. Timmons, but has no involvement with XRGenomics. (He is a paid consultant for another company, Pathway Genomics, that offers gene tests only through physicians.)

The new test is almost certainly more reliable, with “a much stronger scientific basis than any of the previous exercise-related DNA test kits,” says Tuomo Rankinen, a professor of genetics at Pennington, who, like Dr. Bouchard, was an author of the original gene study but has no involvement with XRGenomics. But, he adds, it relies on VO12 max, just one measure of how someone responds to exercise, so it has severe limits.

The new test will not tell you, for example, how exercise might affect your blood pressure over the long haul, Dr. Rankinen says, or whether your insulin sensitivity might change, or whether you’ll lose weight. The genetic markers related to these health responses to exercise are quite different from those related to VO12 max, he says.

In other words, the scientific understanding of how our DNA affects our overall bodily response to exercise is in its infancy.

Which does not mean that anyone curious — and deep-pocketed — enough to take the test should refrain from doing so. At present the basic test kit costs about $318 (199 British pounds) for genotyping and a brief accompanying report. For about $478, you receive a more extensive explanation of the findings, along with customized exercise recommendations from the company’s scientific advisory board. The report might suggest, Dr. Timmons says, that if you are a “low” responder to endurance exercise, you should concentrate on resistance training or otherwise refocus your training.

“What we hope,” he says, is that the test and report “will encourage people to keep exercising” who might otherwise have quit when running or swimming didn’t make them more fit.

On the other hand, some people might look on the news that they are a “low” responder to endurance training as a license to quit working out altogether, he acknowledges.

But Dr. Bouchard says that that would be the worst message to take from any gene testing. “This is a good test, as far as it goes,” he says. But genes will never be destiny.

In the original 2010 gene study, the authors concluded that the gene profile they’d uncovered accounted for at least 23 percent of the variation in how people responded to endurance training, which, in genetic terms, is a hefty contribution. That leaves perhaps 77 percent of how you respond to exercise consciously up to you.