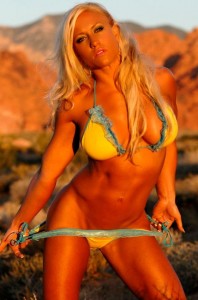 If there are any side effects associated with steroid use that most individuals would like to avoid, it is that of impotence and loss of libido. While these are common side effects of AAS use, many who suffer from them choose to remain quite, rather than seek help and suffer the perceived embarrassment of admission. This is unfortunate, as this experience is not a mark of male deficiency, but that of a drug-induced hormonal imbalance. There are several potential causes responsible for the appearance of these symptoms, all of which need to be treated in their own way if a speedy recovery is desired. In this article we will cover all the basic causes and cures for diagnosing and treating sexual dysfunction in the steroid user.

The following are the 4 primary causes of sexual dysfunction in AAS users: Personal response to specific steroids, estrogen imbalance, testosterone deficiency, and 5-AR inhibitor use. Let’s look at the first of these, which is personal response. Of all the various steroids available to the BB’r, two in particular seem to cause this problem most frequently. These are nandrolone and trenbolone. Not everyone will respond the same to these drugs when it comes to their effect on sexual function. A number of individuals can take large doses of either of these drugs, sometimes even combined, yet experience no issues at all. Others may run into problems under certain circumstances, such as when their test to nandrolone/trenbolone ratio is off. Others are very sensitive to the effects of these drugs and will have problems no matter what they do, encountering full-blown sexual dysfunction, regardless of dose, within just a few weeks.

Typically, if an individual is prone to experiencing sexual dysfunction from these steroids, such side effects will generally begin to immerge within about 5-6 weeks of initiating use and will continue to present themselves as long as the offending compound(s) are employed. Often, these symptoms will begin to dissipate within 5-10 weeks after discontinuance of the offending compound. Tren ace and NPP are usually quicker to recover from, due to their much shorter active life in the body, while a drug like Deca, which maintains a very long active life in the body, can continue to produce symptoms for a significantly longer period of time (Note: Just because a user may experience issues with one of these drugs, it does not necessarily mean he will have the same problem with another).

When sexual dysfunction is brought on by either nandrolone or trenbolone usage, there are 3 options for treatment. One, the individual can discontinue the offending drug completely and wait for the symptoms to abate. Two, he can manipulate his testosterone to nandrolone/trenbolone ratio and see if this helps correct the issue (For example, the individual may experience sexual dysfunction when administering 400 mg of test and 800 mg of deca, yet a complete cessation of symptoms may take place when reversing that ratio to 800:400, in favor of testosterone). Lastly, if the individual’s symptoms are prolactin related, the addition of an anti-prolactin drug into one’s program, such as Cabergoline or Pramipexole, may alleviate symptoms.

Some individuals wrongly assume that all nandrolone and/or trenbolone induced sexual dysfunction is prolactin related, as these drugs tend to elevate prolactin levels, but this is not the case. In many instances, those who suffer from nandrolone/ trenbolone induced sexual dysfunction find no relief from their symptoms, despite taking large doses of anti-prolactin drugs. Blood work has further confirmed this to be the case, with several of my clients’ personal blood work readings revealing normal to below normal levels of prolactin after treatment with anti-prolactin drugs, only to find that they’re still experiencing the same degree of symptoms as they were prior to treatment. These results are indicative of alternate causes of sexual dysfunction in users of nandrolone/trenbolone, which are likely directly attributed to the drugs themselves and not related metabolites.

Another cause of sexual dysfunction in steroid users is estrogen imbalance; either too little estrogen or too much can bring about the same problems. The use of aromatizable drugs can result in excess estrogen levels, particularly when administered in the absence of anti-aromatase drugs (A.I.’s). It is important to note that just like with nandrolone or trenbolone induced sexual dysfunction, not everyone will have the same response to excess or deficient levels of estrogen. Many individuals can seemingly administer grams of testosterone without making any attempt to manage systematic estrogen and experience no problems whatsoever. Others will not be so fortunate, with testosterone levels even slightly outside the normal physiological range being problematic.

The only surefire way to ensure that estrogen is properly controlled is through physician monitored blood work. Otherwise, one’s best guess is just that…a guess. The goal of the steroid user should be to keep estrogen in a normal male range. Contrary to popular belief, there is no medical evidence that suggests excess estrogen levels results in greater muscle growth in men. Still, estrogen does play several roles in the muscle growth process, both directly and indirectly, so unless future evidence contradicts the current position, maintaining levels within a normal range is considered ideal. Today we are fortunate enough to have several potent, prescription A.I.’s available for use, all of which are quite effective in the management of estrogen levels, regardless of the steroid type or dosage employed.

DHT is an essential male hormone, critical for the development and maintenance of normal male characteristics and physiology, including sexual function. Inadequate levels may precipitate a cascade of negative events, including erectile dysfunction and loss of libido. Under normal circumstances, the body produces its own DHT through converting a portion of freely circulating testosterone into the target hormone. However, since exogenous AAS suppress endogenous testosterone production, they’re also indirectly responsible for suppressing DHT production. Therefore, the inclusion of testosterone into one’s cycle is mandatory if the individual wishes to maintain sufficient DHT levels.

Cycles void of testosterone will usually begin to display the initial signs of sexual dysfunction around week 4 or later, as the body’s negative feedback system will immediately sense a rise in androgen blood levels and react accordingly by decreasing testosterone production. Since the amount of steroid hormone administered during a cycle will elevate one’s androgen blood level well into the supraphysiological range, testosterone production will continue to decrease until it is almost non-existent.

The preferred method of treatment for DHT deficiency is simple…use testosterone. In those who have been running cycles in the absence of this parent hormone and suffered the consequences, its subsequent inclusion will result in a speedy alleviation of symptoms. One does not necessarily have to use supraphysiological doses of testosterone in order to experience normalcy in the bedroom; more moderate doses are usually sufficient.

The last factor we are going to look at involves the use of 5-AR inhibitors. This class of drugs is used to prevent or slow the balding process, but is prone to causing all the same side effects associated with deficient DHT levels from other causes. The likelihood of experiencing sexual dysfunction when using a 5-ARinhibitor is highly dependent on the dosage employed. When deciding whether these drugs are right for you, make sure to weigh all your options before proceeding Often, 5-AR inhibitors can be avoided altogether simply by adjusting one’s cycle design, to incorporate drugs which are not known to cause androgenic alopecia ands by avoiding drugs (or minimizing the dosage) which commonly result in hair loss. The number of potential cycles is massive and one should not automatically dismiss an alternative approach just because it strays from the conventional format. So long as the cycle suits one’s goals and keep the BB’rs health in mind, that is all that matters.

Diagnosing the cause of sexual dysfunction in a BB’r is not always easy, especially when multiple potentially causative factors are present at one time. In cases like this, troubleshooting may be necessary in order to determine the true cause and eliminate it accordingly. There is merit to be found in trying one new PED at a time. By doing so, the individual will know exactly how the new drug is affecting him, without receiving mixed feedback from other new drugs at the same time and having no way of determining which drug is doing what. Sexual dysfunction may be one of the least enjoyable side effects of AAS use, but unlike many other side effects, it is avoidable in every case.