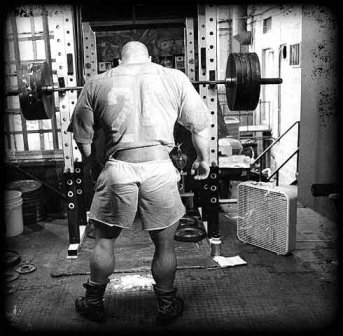 Despite the various magic solutions presented in numerous publications, no one-size-fits-all answers exist in proper exercise prescription. Several training theories are supported by accredited research, but conclusions are based on statistical averages. Studies examine how exercise affects the majority of particular populations – trained, untrained, young, old, men, women, healthy, sick – as well as combinations thereof. If a study finds one exercise performed to failure works for most participants, what about the few who didn’t benefit?

Humans contain numerous similarities; yet there are several distinct differences. Each individual has a unique capacity to tolerate and develop athletic abilities. Ideal methods for reaching fitness goals – more muscle, less fat, sports specific – will be affected by these variations. For instance, bodybuilding is the act of building up the body’s muscular systems by applying a progressive resistance. When attempting to maximize the training year, strength athletes quickly find they respond to training intensity, volume and frequency in unique ways. It’s the responsibility of the trainee, or coach, to discover individual physiological and psychological requirements, to overcome or exploit genetic traits.

All humans are made up of bones, muscles, organs and a central nervous system; yet the species varies in how these components interact and adapt under strain. Genetic differences can be seen in blood chemistry test, which identify indicators of a competent metabolism, proper hormonal output or productivity of filtering organs. They are exhibited in teenagers with substantial muscular size despite limited exposure to resistance training. Structural differences are quite noticeable; such as limb or torso lengths and thicknesses. Physical diversity calls for customization in training to become bigger, faster or stronger.

Other than physiological variances between people, there are differences within the same person as well. In bodybuilding programs, some muscle groups readily respond to training while others routinely fail to keep up. Unsymmetrical development can be eliminated by identifying the individual needs of the sluggish muscle. For example, lower-body muscles contain a high-endurance capacity and tend to thrive on an increased time under tension – more so than upper-body musculature. Furthermore, an injury may prevent specific movements from being exercised correctly Acute lower back pain during training may signal a need to strengthen the body’s core musculature for better structural support. Chronic lower back pain presents the possibility of physical deformities, requiring the assistance of a licensed medical professional before proceeding, such as a chiropractor.

Mesomorphs are muscular with reasonably low body fat. They display mature muscle mass on a thick skeletal frame, with good posture and broad shoulders. Their hands may also appear muscular and powerful. The body of a true mesomorph will taper to a relatively low and narrow waist. A mesomorph will have prominent features in their face, such as clearly defined cheek bones and a square jaw. Their hair and skin is often thick and they tan well under sunlight. Generally speaking, a trained mesomorph will thrive on high-intensity, low-volume and low-frequency training. Since they are naturally powerful people, true mesomorphic athletes enjoy a lot of flexibility in their training. With a decent dietary structure, they can readily accumulate muscle mass with minimal gains in body fat, year round.

Endomorphs are bulky and soft. Their narrow shoulders taper to a thick and high waist. An endomorph’s upper arms and thighs are often more developed than the lower portions of their extremities. Limbs are often short with relatively small hands and feet, as compared to the overall body size. Endomorphs generally have soft skin and fine hair. Their head is frequently round and large. Endomorphs have similar training requirements to mesomorphs but may need more initial training volume. Although they can become strong athletes, they fall short when tested for endurance. For suitable body composition and stamina, endomorphs must adhere to a restricted diet and spend a significant amount of time training their aerobic energy systems. Phases focused on losing fat frequently become longer than those spent gaining muscle.

Ectomorphs are slender and lean. Strength coaches usually refer to them as “hard gainers.” Ectomorphs have a delicate build; thin bones, flat chest, small shoulders and lightly muscled. Their limbs may appear long in comparison to shoulder girth. Ectomorphs are not as strong as the other two somatotypes but have a greater endurance threshold. They have a tendency to succeed using high-volume training with a greater tolerance to frequent sessions. To train with progressive overloads, ectomorphs must overfeed their fast metabolisms to ensure enough substrate is available for an adaptive response. They are likely to spend far more time trying to gain weight than losing fat.

Somatotyping genetic differences with the somatotypes theory is not an exact science, but it does offer direction based on similarities in populations. Since human beings are so diverse, there are variances within the three basic somatotypes. In fact, people are usually rated between two somatotypes; resulting in subgroups based on shared characteristics, such as an endo-mesomorph. Championship basketball players often share ectomorphic and mesomorphic traits. In studies analyzing Olympic boxers, mesomorphic and endomorphic tendencies are greatest – especially in the higher weight classes. Top-placing bodybuilders are almost exclusively mesomorphs. Analyzing an athlete’s physical condition during adolescents makes it easier to identify their strongest somatotype tendencies, before aging and environmental issues influence body composition.

Individual personality traits will influence exercise prescription and a trainee’s needs. Although not universally accepted, body types may offer some direction in psychologically profiling individual personalities. William H. Sheldon, a 20th century American psychologist, was the originator of somatotypes in the 1940s. Aside from physical characteristics, he also attributed personality traits to body types. According to Sheldon, mesomorphs are assertive, adventurous, courageous and competitive. Endomorphs are relaxed, sociable, even-tempered and open-minded with a healthy appetite. Ectomorphs are private, insecure, introverted and emotionally restrained at times.

To focus efforts and encourage consistency, goals must be defined and progress must be documented. Resistance training requires inner motivation to routinely apply a progressive overload, to build stronger and bigger muscular systems. Demonstrating intolerance for training to muscular failure, or otherwise apprehension toward lifting heavy weights, will result in mediocre results – if any at all. Mental preparation is useful prior to training, for focused and sustained effort. It won’t compensate for a lack of skill, but numerous world-class athletes believe in the power of visualization prior to competition. Many sports psychologists believe world-class champions contain inherited psychological traits that help them reach and maintain 100 percent effort during strenuous competitions. However, learning to “toughen up” through mental exercises can certainly add to anyone’s athletic potential.

Oddly enough, too much motivation can be detrimental to improved performance. Constantly increasing volume and intensity paves the way to symptoms of overtraining syndrome, especially if training frequency is not adjusted to allow greater systemic recovery between sessions. Simply put: some trainees try to apply too much, too often. Volume, intensity and frequency must all balance out to optimize training adaptations, in addition to meeting daily nutritional and rest requirements.

Proper attitude and goals are important but expectations must remain reasonable. It’s critical to understand personal limitations and set realistic goals. Great marathon runners have an appropriate skeletal structure for long-distance running, which are propelled by genetically superior aerobic energy systems. Only a fraction of recreational bodybuilders own the muscular aesthetics and symmetry to compete in regional and national competitions – and an even smaller percent will make it to the International Federation of Bodybuilding and Fitness Olympia stage, a pinnacle event for bodybuilders. The world’s most successful powerlifters – athletes tested for relative and limit strength – have a unique combination of mental and physical potential that presents powerful results. Succeeding in the elite ranks of human performance requires a unique union of uncanny physiological and psychological talent.

Simply beginning a fitness program is a great first step, but eventually individual training needs must be addressed to succeed through advanced levels of physical conditioning. A person may possess a genetic disposition to become a successful athlete, but lack the internal drive and subsequent consistency to make it happen. On the other hand, he or she may have the desire and dedication but lack the physical characteristics. The body and mind must positively work in tandem for peak physical performance. From personal gratification to top-level competition, increasing fitness levels beyond beginner stages requires individualism in training.