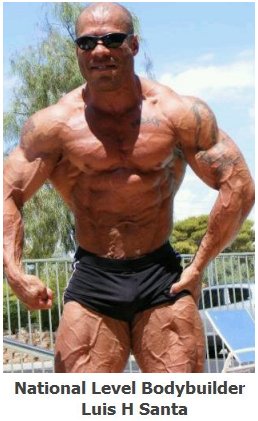 Loosely defined, energy is the power used to do work, produce heat or emit light. It cannot be created or destroyed – only changed from one form to another. Energy is needed by the body to stay alive, warm and active. When the human body’s core temperature increases, energy is being converted to heat.

We obtain energy contained within food and drinks; such as carbohydrates, proteins and fats. We oxidize dietary macro nutrients to produce energy for automatic and voluntary bodily functions and movements. Energy is also used to build new tissues for growth and repair. Different people require different amounts of energy. Some activities and physical environments require more energy than others.

To maintain bodyweight, input (energy from food calories) must match output (activity plus basal metabolic rate). To gain weight, input must exceed output. Likewise, to lose it, input must fail to meet output requirements. If weight loss slows over time, usually energy expenditure is decreasing due to extreme peripheral or central fatigue, or dietary energy intake is increasing. The later is a likely event since less body mass requires less energy for maintenance.

It’s important to note: the body never burns pure fat, stored glycogen and proteins are also used to feed the metabolic furnace. Manipulations in diet (input) and physical activities (output) can lead the body toward a macronutrient preference, but a combination of substrates will always fuel the human battery. Weight loss should be a slow process to preserve overdeveloped musculature.

Losing body fat is not easy – your body will fight back. It does not care about looking good. It cares about continued existence and will easily interpret weight loss as a deadly position. Changes in metabolism and hormone levels influence hunger pangs, sleep patterns, recovery abilities and nutrient use. Rotating caloric intake helps athletes maintain proper metabolism and hormonal balance to prevent an unproductive fat-hording condition.

Successful CKD programs push productive periods of fat mobilization to their breaking point. At which time, a state of alarm triggers the body’s thermostat to cool down and horde fat – a metabolic downshift made to meet survivability needs. Just when protein loss becomes inevitable, CKD programs introduce a surge in calories from carbohydrate-rich sources. The sudden influx boosts metabolism, shoveling fats back into the proverbial fire.

Glycogen depletion and carbohydrate loading are the two primary stages for any CKD.

Primarily stored in liver and muscle tissue, glycogen is the main form of carbohydrate storage in the human body. On average, muscle and liver glycogen stores remain elevated with the consumption of a typical mixed diet. The muscles are capable of storing nine to 16 grams of glycogen per kilogram but an average person will generally store less, in the region of 350 grams. A low-carbohydrate, high-fat diet combined with an energy deficit quickly depletes these deposits, leaving fats and proteins as the only fuel sources for survival.

Depleting body glycogen reserves leads to a state of ketosis, where the liver increases conversion of fat into ketone bodies, a quick alternative energy to glucose. In healthy, active individuals, a surge in ketones in the blood may occur during intermittent periods of fasting, or while consuming a diet restricting carbohydrate intake. Like glucometers for measuring blood glucose, ketosis urine analysis sticks are over-the-counter products readily available in most pharmacies.

While in ketosis, daily caloric deficits while glycogen depleting should remain around 20 to 30 percent, to accelerate fat loss. Resistance training routines based on short or no rest intervals help liberate fat from storage and promote the secretion of fat-burning hormones. Super sets, giant sets and drop sets are examples of adequate high-intensity resistance training for depletion periods.

Endurance training is highly effective for burning mobilized fats during periods of restrained carbohydrate intake. But as previously mentioned, protein loss becomes harder to avoid over the long term. If decrements in limit strength are noticed, excessive endurance training should be reeled in.
Carbohydrate loading

Calorie loading helps retain and rebuild muscle after phases of energy restriction. Carbohydrate loading is frequently referred to as carb loading, carb-ups or re-feeds. To prevent muscle and strength loss, CKD programs typically limit periods of glycogen depletion to around seven to 14 days. After which, the body is flooded with carbohydrates to trigger a rebound in cellular hydration and anabolic (tissue-building) processes.

Carbohydrate loading consists of consuming an increased amount of starches and sugars; in conjunction with a low-fat, moderate-protein diet. From a depleted condition, replenishing glycogen can take fit individuals two or three days but most storage occurs within the first 24 hours of high-carbohydrate intake.

Depleting glycogen before a carbohydrate load sets the stage for glycogen over compensation to develop, resulting in maximized energy storage and cellular hydration, or volume. Amid a brief interruption in physical training, high-carbohydrate intakes can double stored glycogen levels from baseline conditions. Increasing carbohydrates while decreasing energy output enhances glycogen storage – too much concurrent activity during a carbohydrate load will cause an obstruction in loading cycles.

The heightened physiological state immediately following a carbohydrate load is a great time to reintroduce intense power training. A hard workout can create an adequate stimulus for muscle preservation – perhaps growth – right before returning to another depletion phase.

Suddenly loading carbohydrates after an extended depletion period will result in some gastrointestinal distress and weight gain. Early weight fluctuations are mostly due to hydration and glycogen uptake, not fat.

In fact, it’s difficult to regain fat the first day of carbohydrate loading, after sufficiently depleting. The body focuses on replenishment long before considering storage. Even so, restricting fat is recommended to help advance glycogen uptake from the start of loading. After 24 hours, glycogen peaks and fat storage resumes – at that point, low-fat food choices become mandatory. An exceedingly smoother appearance is an indicator of excessive carbohydrate intake, termed “spilling over” by many sports nutritionist.

It’s important to drink plenty of water while carbohydrate loading. At least three grams of water per gram of carbohydrate are required for optimal glycogen replenishment. Basically, an athlete should drink as much water as possible to ensure proper hydration unless there is a reason to remain dry, such as a fitness competition based on cosmetics as an alternative to function. Dry carbohydrate loading is likely to create painful muscle cramps and spasms.

As previously stated, adults tend to hold around 350 grams of stores glycogen. With three grams of water attached to each gram of glycogen, this adds up to roughly 1,050 grams of water stored within a typical person’s muscles. Active individuals, especially those lugging around a lot of muscle mass, are capable of holding much more stored glycogen and water. A muscular bodybuilder may shed 12 pounds during a depletion phase and then regain 10 pounds after a sufficient carbohydrate load – resulting in a two-pound bodyweight loss.

A bodybuilder holding 100 kilograms of lean body mass, who is capable of super compensating glycogen levels to 16 grams per kilogram, can hold 1,600 grams of stored glycogen. After multiplying that number by three, to figure in cellular hydration, weight accumulation increases to 4,800 grams. That’s a total bodyweight increase of almost five kilograms after reaching a super-compensated state – or nearly 11 pounds – within a couple days of carbohydrate loading!
Estimating fat loss

CKD programs make it challenging to find an easy method to gauge body fat loss due to constant weight fluctuations. One way is to monitor bodyweight changes during the same stage, wearing the same clothes, under the same condition. For instance: recording morning weights during the final days of depletion phases in the same gym clothes.

A weekly weight loss of one to two pounds is an acceptable rate. Caloric deficits must remain within reason. This tempo may sound slow at first, but the overall picture is what’s most important. At that tempo, a trainee could shed 12 to 24 pounds of mostly fat during a 12-week program. Any bodybuilder would be pleased to have up to 24 pounds of excess fat carved off, while maintaining hard-earned muscle.

Energy input or output must adjust as the diet progresses – as body mass drops, caloric expenditure decreases. Otherwise, depletion periods will repeatedly result in the same bodyweight; it may even increase.

It’s important to troubleshoot training and dietary variables to develop a successful, personalized plan. People with stubbornly slow metabolisms won’t achieve an appreciable rate of fat loss using a seven-day CKD rotation. They may need to adopt a longer 10- or 14-day modification instead. If the structure leads the way to feeling deflated and exceptionally weak, then it isn’t any more productive than a stale seven-day variant. No matter the CKD structure, the intent is to lose bodyweight without losing strength.

Supplementing with essential branched chain amino acids (leucine, isoleucine and valine) may be helpful for deterring symptoms of overtraining syndrome. A combined essential BCAA intake of around 10 grams has some clinical support for beating fatigue. Caffeine can help provide increased energy and appetite suppression at doses of around 200 to 400 milligrams.

CKD programs are not revolutionary. Strength and endurance athletes have spent numerous years researching and applying this dietary strategy. However, the benefits of these rotational diets are not widely understood. Aside from performance gains and fat loss, athlete learns a lot about macronutrient affects within their system by applying CKD principles. Anyone interested in fat loss and muscle preservation should attempt to uncover the benefits carbohydrate cycling provide.