Like many people, you probably suffer from regional fat storage issues. That is, while you store fat over your entire body, it’s probably most noticeable in certain areas, and it’s from these areas in which we struggle most to lose fat. You know the problem areas.These problem areas are influenced heavily by your hormonal environment, and where you store that last bit of fat is determined by which of your hormones are most out of whack (and yes, sometimes it’s quite a few of them).

Today I’m going to talk to you about belly fat specifically.

One of the things that has been talked about quite a bit in fitness media lately is the relationship between belly fat and a hormone called “cortisol.” To put it simply, the higher your cortisol levels, the more belly fat you’re likely to have.

By the same token, if you have a good deal of belly fat, it’s reasonable to assume that you have high cortisol.

Having high cortisol is detrimental for other reasons, but for our purposes, let’s focus on the fact that cortisol is keeping you not-so-little in the middle.

Rather than just suffer through this, the obvious solution is to try to lower cortisol levels resulting in lower belly fat. And I’ll tell you, lowering cortisol is a LOT trickier than you might think. 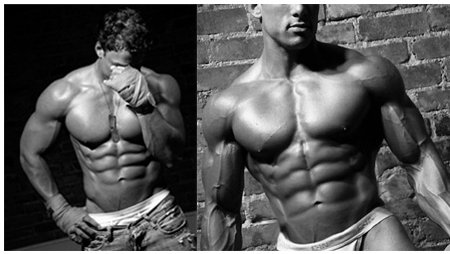 I’m sure you’ve seen the late night TV ads trying to sell you anti-cortisol pills. Even if they worked (they don’t), it’s a hormone like cortisol can’t be fooled by a little pill.

Besides, wouldn’t it be much more effective to find a solution without taking expensive pills? Something that is also going to help you burn fat overall?

You see, I’m big on using certain hormones to tame other hormones.Essentially, you CAN actually fight hormones WITH hormones. Clever, I know. It’s just a matter of finding which hormones work well against one another. When it comes to cortisol (and belly fat), you need look no further than Growth Hormone.

Also known as Human Growth Hormone or simply GH, growth hormones is produced in the pituitary gland and is responsible for growth (obviously) among other things. More specific to this writing, growth hormones is actually one of the most effective things in the world to offset cortisol.

Just tell you body to do it. Make a few calls.

Okay okay, it’s not that simple…but I have some really good news.

Did you know that there are certain types of training that are actually exceedingly effective at producing growth hormone?

You see, growth hormone is normally produced and released in response to something, and in the case of training, GH is released as a response to the production of something called lactic acid.Lactic acid is a waste byproduct of some of the chemical and metabolic processes that happen during exercise.

So, if you do exercise in a specific way, you can produce MORE lactic acid, which will then produce tremendous amounts of growth hormone as a result. That growth hormone surge will also help to work against your high cortisol levels. And as we’ve established, that will absolutely assist you in getting rid of your stubborn belly fat.

Of course, you’re wondering: how to I do it!? It’s easy. While lactic acid is produced in most forms of intense exercise, there is an unusual style of exercise that can actually produce even MORE lactic acid than is generally possible with other types of exercise. Appropriately (and not-so-cleverly) called “lactic acid training,” this type of training uses slow lifting speeds and fast lowering speeds.

The reason for the structure is that lactic acid is primarily produced during the “concentric” or positive/lifting phase of an exercise, and not so much during the “eccentric” or negative/lowering phase. To take advantage of this and produce more lactic acid, we simply–with apologies to Bing Crosby–accentuate the positive and (almost but not quite) eliminate the negative of each rep on all of our exercises.

To quantify it a bit, for each rep, you’d lift it over a period of about 4 seconds, and lower the weight extremely quickly, but safely.

If you were squatting, you’d drop down to the bottom position relatively quickly, and push slowly back to the top. In an overhead press, you’d lower the dumbbells quickly but safely, and press them back over your head over a period of 4-6 seconds.

Performing exercises with these extended concentric movements is going to create a tremendous amount of lactic acid, which in turn is going to prompt your body to produce fantastic amounts of growth hormone. And that growth hormone is going to help you manage cortisol and fight belly fat.

And if all THAT wasn’t enough, lactic acid training is also just a great fat loss training methods, so you’ll lose fat overall.

If you want to fight your cortisol issues, you need growth hormone.And for that you need lactic acid training. Utilizing this method, you’re one step closer to fighting off your belly fat for good.

Pretty cool, huh? John is a MASTER at pinning “good” hormones and specific exercise up against the “bad” hormones that cause regional fat storage.

And in his new program (which is available at a full 52% OFF until tomorrow), Final Phase Fat Loss, provides you with specific types of exercises and workouts to combat:

2. Insulin, and your “love handles (combatted with “Dynamic”training and IGF-1)

3. And of course, Cortisol and belly fat (combatted with specific “Lactic Acid” training and Growth Hormone)

If you struggle with “problem area” fat storage, this is THE program to set you free. And right now, it’s still 52% OFF (but not for much longer).

John Romaniello is the founder of Roman Fitness Systems and the creator of the Final Phase Fat Loss Program. As a trainer, coach, author and model my articles and pictures have appeared in some of the most respected health and fitness publications in the world.

Author, coach, and self-professed pretty-boy John Romaniello runs Roman Fitness Systems with a
tongue-in-cheek approach to fitness–and himself–that shows a genuine love/hate relationship
with both. Equal parts narcissism and self-loathing, Roman writes with passion and humor,
show-casing his belief that training doesn’t need to be the serious, stern, science-laden
monotony that is pervasive in this industry. John is also the creator of a new fat loss
system called Final Phase Fat Loss: the last word on the last 10 pounds!