Steroid Use Unpreventable in High School Football
by Matt Chaney

As the high schools of America were drawn into national debate on anabolic steroids, prep coaches and officials maintained that use was minimal. Politicians and media expressed outrage, proclaiming that kids mattered while denouncing pro athletes as poor role models. Studies concluded teens used steroids, and kids said the drugs were accessible and becoming more popular, for enhancing looks as well as athletic performance. Critics called for tighter laws, steroid testing in schools, and funding for anti-steroid education. “The thing that is most scary…,” said a government health official, “is the kids do it for what society would view as very positive values, winning and success.”

That was the 1980s. Decades later, Dr. Charles E. Yesalis was amused with American acting as if the scourge were new, teen use of muscle hormones in pursuit of athletic stardom, ego fulfillment, and sex. Indeed, Yesalis helped pioneer studies on teens and steroids back in the ’80s, when he heard the same denial he was hearing in the new millennium, from schools across the country: There may be a problem elsewhere, but not here. “It’s always somebody else’s kid. It’s always somebody else’s school,” Yesalis said in 2005. For Yesalis, high-school representatives hardly differed from college and pro officials in their shirking of responsibility. “If I had $100 for every time a high school principal or coach said to me during the past 27 years, ‘Doc, it’s a problem, but not in our school,’ I’d have a Ferrari sitting in my driveway,” Yesalis told The Houston Chronicle.

Among thousands of football programs nationwide, perhaps there existed an American high school with never a juicing football player—improbable concept, said one expert—but apparently a significant portion had users. Nurturing circumstances for a national problem in prep football included a parental mindset for winning and performance enhancement, coaches who looked the other way, the lack of any impact prevention, and the accessibility of anabolic substances from steroids to human growth hormone and supplements. Moreover, the football ideology of “bigger, stronger” ruled in continuum, predating steroids, the dangerous size obsession implanted for players at the prep level.

At least one prep coach considered gene doping by 2008. Media stories were fanning interest for genetic therapy’s possible applications in athletics, and a prominent researcher, Dr. H. Lee Sweeney, the University of Pennsylvania, reported contact from a football coach at a high school. The coach wanted his players to try gene doping, the reputed cutting edge for muscle building, even if some experiments killed humans and lab animals. The coach “wanted to know if we could make enough serum to inject his whole football team,” Sweeney told Discover Magazine. “He wanted them to be bigger and stronger and come back from injuries faster, and he thought those were good things.” Sweeney declined, informing the coach his proposition was illegal and potentially dangerous.

Teens were familiar with anabolic steroids and more performance-enhancing drugs. Studies had long found steroid use at high schools, and news media disseminated reports of police busts and other information. After the BALCO story broke in 2003, authorities, media, and common citizens were increasingly vigilant about steroids. High schoolers were using for football, wrestling, baseball, and track and field. Some football programs hosted multiple teen juicers down to junior varsity, according to school confirmations and witness allegations. A former cheerleader recounted purchasing steroids from football players at her high school, telling media she sought toned abdominal muscles at 17.

News of juicing preps generated from Florida, Georgia, Virginia, Pennsylvania, New Jersey, New York, Connecticut, Illinois, Kansas, Louisiana, Texas, Arizona, Utah, California, and more states. The teen athletes mostly used steroids, but also growth hormone, experts said. In some instances football coaches and parents were identified as illicit sources of the drugs. In other cases, no reported links to teens, criminal charges for steroids and HGH were filed against coaches, teachers, and a district board president. 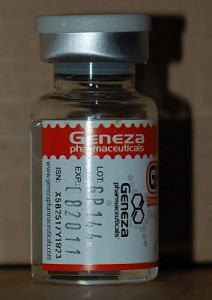 HGH prescriptions for their athletic offspring, and he was publicized as a critic of such doping. “Everybody thinks they are going to retire on their children’s sports incomes,” Griesemer told The New York Daily News. In Dallas, athletic trainer Ken Locker knew of an 18-year-old football player who tested positive for steroids as a college freshman. “The parents admitted giving it to him,” Locker told The Morning News. “They wanted him to get a scholarship.” Only one prep football player in 17 would play in the NCAA, but many parents sought scholarships for their sons. One study found about 10 percent of parents polled knew of PED use by a prep athlete.

Often the pushy parents knew little about anabolic substances, never understanding they might channel children to drug use, said psychologist Dr. Robin Kowalski, Clemson University. “I’m not sure how many parents really sit down and think. Parents know there are some kids that use [steroids], but it’s certainly not their kids.” Football coach George Gatto, Bristol, Pennsylvania, said, “The expectations of parents are sometimes false. We would all like to think that our kids are going to play for Penn State or Michigan, but the reality is that it’s only a small of amount of kids who can play at that level.”

Prep players grasped their limits for advancing in football, measuring themselves against predator physiques they observed roaming college fields. “When colleges are coming around, everyone just wants to get bigger and better, especially now,” said Lucas Cox, senior running back at Red Land High in Pennsylvania, who continued, “You see linemen in college that are over 300 pounds and you see linebackers that are 280 pounds. So everyone tries to get as jacked as they can.” Kevin Perez, 275-pound lineman, was a blue-chip recruit at Miami Killian in Florida. “Looking at the college rosters forces you to gain weight,” Perez said. “You go to the camps and see how big everybody is. I realized a 250-pounder wouldn’t get recruited by a top Division I school.” A coach acknowledged football’s unreal standards, higher up the ladder. “Colleges like linemen that are 6-6, 300 pounds,” said Derek Long, Westlake High in Texas. “They like running backs that run a 4.4 or 4.3 [40]. Not all of us have those physical attributes.

Some prep players attempted to eat their way into college football, but the necessary body package combined size, strength, and athleticism. Drugs offered little help for poor natural specimens, but good athletes could capitalize. “If a coach or someone offers them to you, there’s a real temptation to do it to take yourself to the next level,” Brad Artis, Canal Winchester running back, told The Eagle-Gazette in Lancaster, Ohio. “You see how fast and strong people get by doing it.” Don Matheney, defensive lineman, said he did not use steroids but understood the forces at work, and the physiques of high school were intimidating enough. “I don’t know if it’s as much the guys on TV as it is seeing the guys you’re competing against,” he said. “You feel a little threatened, so some players take things to get an edge.

Prep players with insight about PEDs understood that testing was no protection, just a false hope for prevention in the vast population of school athletes. Urinalysis could not prevent doping anywhere in football, although incessantly promoted by the sport’s doctors, employee scientists, and other associates of the game. All players, preps to pros, could juice with impunity through undetectable steroids, HGH, and more tissue-building substances. Even the NFL, easily the game’s most controlled and resourceful environment for battling doping, could not prevent systemic use among its 1,700 athletes and personnel such as coaches.

Invalid urinalysis, random or scheduled, was exploited through huge loopholes. The technology was limited for detecting substances, and the relative few players subject to testing understood calendar gaps of the process for employing patent steroids. “Fear” of testing was marginal among users, trumped heavily by their confidence and motive for evading detection. The technology was utterly useless at the college and prep levels for its detection faults, lack of funding, and logistical barriers. In 50 states and the District of Columbia, college football had thousands of players at about 1,000 institutions while 1.5 million comprised prep football, scattered among more than 15,000 districts. The average cost of a steroid test was about $100, and a positive result could lead to court litigation, given the cultural factor of sports-minded parents bent on winning. 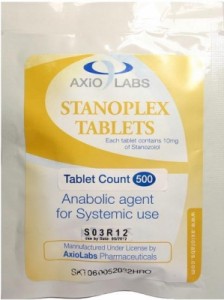 “Clean” prep football was impossible, and some former players urged parents to heed threats of youth sports from steroids to injuries. Kansas City columnist Jason Whitlock, a large man and former college player, suggested other endeavors for kids. “I wouldn’t criticize any parent who directs a child to stay away from organized sports,” Whitlock wrote for The Star. Former NFL lineman Brent Boyd testified about concussions before Congress in 2007. Suffering from vertigo linked to multiple head traumas in football, Boyd, 50, was reclusive and depressed, confining himself inside on a couch, “hiding from the world,” reported The New York Daily News. “Right now…,” Boyd said, “I would tell any parent don’t let your kid play football.”