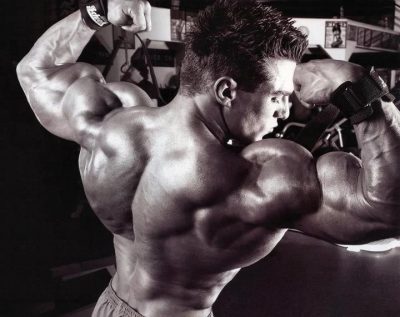 Do we need BCAA supplementation? The debate rages on. The following artilce is an excerpt from Jamie Hale’s new book Knowledge and Nonsense: the science of nutrition and exercise.D. Moore: No, this is completely wrong. If eating within maintenance levels with adequate protein, you will already be getting sufficient BCAA content. Let’s think about this. Most whole food proteins (including protein drinks) are made up of about 15 percent BCAA. Therefore, a 220-lb bodybuilder who eats 2 grams/pound/day is already receiving about 66 grams of BCAA per day. Even if cutting, most bodybuilders still eat sufficient protein. Therefore, he would still be consuming sufficient BCAA. I think somehow people started to believe that BCAAs are magical where lean mass retention is concerned. 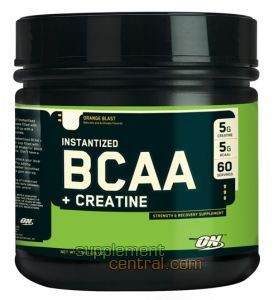 I think most believe that during exercise our bodies are utilizing huge amounts of BCAAs for energy. While we do use some, the increase is far smaller than other macronutrients. In fact, the increased turnover in protein from exercise is only about two- to three-fold versus 20- to 30-fold for carbohydrate and fats. Now, of course, this protein should be replaced. However, I don’t believe it’s necessary to increase BCAA ingestion above what is already consumed in whole protein.

Of the three BCAAs, leucine appears to be the most important in stimulating protein synthesis in skeletal muscle. The consumption of leucine alone is nearly as effective in stimulating protein synthesis as supplying all three BCAAs. Of course, creating a synthetic environment would be very advantageous to a bodybuilder. If this could occur to any great extent during a cutting session, that would be even more advantageous. Unfortunately, there is little scientific evidence to support the idea that in a hypo-caloric state, increasing BCAA content above what is obtained from food is necessary or of any consequential advantage in increasing synthetic rates.

Recently, it was reported that co-ingestion of protein and leucine with carbohydrate stimulates muscle protein synthesis and optimizes whole-body protein balance when compared with the intake of carbohydrates alone after 45 minutes of resistance exercise. There may be some accumulating evidence now that supports the idea that orally-ingested BCAAs have an anti-catabolic effect during and after exercise. But again, there is nothing in the scientific literature that shows that these BCAAs must be supplied in a separate form from whole food.

There may be some relationship to BCAA and fatigue from low intensity, long duration exercise, but this isn’t something most bodybuilders have to be concerned with. Unless of course, their pre-contest preparation involves very long durations of exercise and they have a low fatigue threshold that they wish to increase.

J. Harris: I’m more of a fan of BCAAs in the off-season. BCAAs, specifically the BCAA, L-leucine, are very anabolic compounds. They are somewhat insulinogenic in their actions, and L-leucine is shown to essentially be the specific amino acid trigger for protein synthesis. Because of this, I feel they can provide benefits above and beyond the typical amino acid profile found in most foods. Unfortunately, when dieting, we are not looking for a state of anabolism. We are looking to halt catabolism. BCAAs can be utilized directly by the body for energy, which is a different mechanism than other amino acids.

I believe in their benefit so much (especially around weight training sessions) that I formulated my own product called “anatrop.” Antrop contains specific amounts of BCAAs and L-leucine, which I feel creates a higher level of anabolism when the body is most receptive to those nutrients.

B. Haycock: BCAAs are great as a pre-workout supplement, especially when taken with a good amount of carbs. Outside of that, they are not a very good use of one’s money. A regular protein drink or other high quality protein will work just fine for the rest of the day.

M. Berkhan: No, you get plenty off BCAAs from food protein sources, especially whey protein. There’s nothing showing any benefit of excessive dosing. Because BCAAs are very glucogenic, they will most likely end up in your bloodstream as glucose. Bodybuilders who eat piles of protein and consume BCAAs on the side are throwing money down the drain.

A. Aragon: No, supplemental BCAA is not necessary unless you’re not consuming enough high quality protein. Bodybuilders get marketed to death about the benefits of free-form BCAA when there’s no OBJECTIVE evidence of their benefit over the pre-existing BCAA within the matrix of real food. People forget that BCAA is abundant in many foods in nature, especially animal proteins. I base all of my beliefs and recommendations on scientific evidence, not subjective placebo and marketing driven testimony. You can be sure that if someone believes (by whatever means it took to convince him) that extra BCAA will work, it will. However, it’s the belief that’s the active agent, not the BCAA.

You can create the same effect by convincing someone that a lucky rabbit’s foot in his right pocket will increase his lifting strength. If the person is truly convinced or even if the person has deeply vested hopes in the product or protocol, it indeed will work. The mind has powerful effects on the body. It always has and always will.

Until I see solid replicated scientific evidence of the benefits of stacking supplemental BCAA on top of a pre-existing high protein intake (as compared to simply increasing total protein), I’m not going to buy into the hype. I’ve even experimented with my athletic clientele and had them ditch supplemental BCAA in favor of an increased protein intake. Not only did I save them a lot of money, but their performance and body composition continues to improve. I know that it’s not a tightly controlled experiment, but it definitely puts me at ease that I’m not missing out on any “magic.”

L. Norton: BCAAs have been shown in scientific research to increase protein synthesis and reduce protein degradation. However, many people suggest that one can just increase their consumption of whey protein, which is rich in BCAAs. Unfortunately, this is not the case. The BCAAs in whey are peptide bound to other amino acids and must be liberated through digestion and absorbed into the bloodstream in order to exert their effects. Even though whey protein is relatively fast digesting, it still takes several hours for all of the amino acids to be liberated and absorbed into the bloodstream. However, BCAAs in supplement form are free-form BCAAs and require no digestion. Therefore, they are rapidly absorbed into the bloodstream, spiking blood amino acids to a much greater extent than peptide bound amino acids.

Even a few grams of BCAAs will spike plasma levels to a much greater extent than a 30 gram dose of whey protein. It will also impact protein synthesis to a greater degree (van Loon et al). The reason a supplement has such a powerful effect on the blood levels of BCAAs is that unlike other amino acids, BCAAs are not metabolized to a significant extent by the small intestine or the liver. Therefore, an oral supplement is almost like a BCAA injection because it reaches the bloodstream so rapidly.

M. McDougal: The usefulness of BCAA supplementation in a hypercaloric state depends on a few factors. If one is eating significantly above maintenance calories with lots of protein, benefit may be limited. However, for the most part I’m not a big fan of eating well above maintenance unless one is trying to hit a weight goal under a time constraint.

Unless somebody has a very long way to go with either muscle gain or fat loss (super skinny or obese), I’d rather see people following more of a dialed in re-comping approach involving adding small amounts of muscle and dropping small amounts of fat concurrently.

Under these circumstances, I think one can find value in adding high doses of BCAA, especially during and after workouts. This way, one can keep their total calories lower to minimize fat gain while still keeping protein synthesis high by reaping the benefits the mTOR cascade we’ve all heard so much about in the past year. In my experience, one could reduce daily calories by about 300-500 and not sacrifice any lean body mass if BCAA intake is high enough around workouts.

Aside from potentiating a lower calorie re-comp, a high dose of BCAA during workouts (30-40g) tends to significantly reduce DOMS. In addition to the empirical evidence, this was also demonstrated in a study last year out of Japan with athletes finding reduced soreness after a squat workout. I don’t really care about being less sore, but what I do care about is being able to effectively train 3-4 extra days out of the month due to accelerated recovery.

My Thoughts: If you are consuming a sufficient quantity of protein there is no need for BCAA supplementation (from a physiological standpoint). It is hard to get this point across to athletes who have been supplementing with BCAAs for the past 5-6 years (or longer). Dietary Supplementation seems to offer a psychological benefit to some athletes (because that’s what they have always done and many don’t like change). If this is the case BCAAs may be beneficial.

Marc McDougal is the President of Evolution Training Concepts, a company that takes cutting edge training and nutrition practices into the corporate environment. Marc studied exercise and sports science at Colorado State University, and has been working in the training/strength coaching field since 1997. He is an experienced fitness writer, with many published articles in the area of strength training, nutrition, rehab, and performance enhancement. Not only has Marc published articles in numerous fitness magazines and webzines, but he also gives seminars to high school and college athletes on performance enhancement; and has been interviewed on BodybuildingRadio.com, appeared in a television interview about his nutrition methods.

Jamie Hale is the author of Knowledge and Nonsense: the Science of Nutrition and Exercise. Visit his site at www.maxcondition.com

Bryan Haycock, MS is widely recognized as the creator of hypertrophy specific training (HST). HST arose out of the latest in muscle cell research and has rapidly gained a worldwide following. Bryan is also a well-know writer/speaker in the bodybuilding industry and has gained an exceptionally strong reputation for his expertise in the nutrition and exercise physiology fields. He has a masters in exercise physiology, has served as an NPC judge, and has been certified through the NSCA (CSCS) and ACE.

Justin Harris is a top national bodybuilding champion and nationally qualified powerlifting champion with an elite classification at 275 lbs. He is the owner of Troponin Nutrition and Troponin supplements (www.troponinnutrition.com and www.troponinsupplements.com) and is sponsored by Optimum Nutrition, American Bodybuilding, EliteFTS, and True Protein. He has a degree in exercise science and echocardiography and has been published at MuscularDevelopment.com. He’s also been featured in Ironman Magazine and is seen each month in Flex, Muscle and Fitness, and Muscular Development. Justin is the nutritional editor of Great Lakes Fitness Extreme (www.xtrememusclemag.com) and has been featured on the cover of Optimum Lifestyles, American Hardline, and Great Lakes Fitness Extreme magazines. To contact Justin or one of his nutritionists, visit www.troponinnutrition.com or www.musclemayhem.com (his competitor’s forum) or email him at troponin@troponinnutrition.com.

Martin Berkhan has pioneered the concept of intermittent fasting in combination with weightlifting in order to improve body composition. The diet has sparked controversy and is the antithesis of the traditional, high meal frequency diets usually employed by bodybuilders. Martin is a personal trainer and magazine writer living in Sweden. He has a bachelor’s degree in medical sciences and education with a major in public health sciences. For more information about his diet approach, visit www.leangains.blogspot.com.

Alan Aragon has over thirteen years of success in the fitness field. He earned his Bachelors and Masters of Nutritional Science with top honors. Alan is a continuing education provider for the Commission on Dietetic Registration, the National Academy of Sports Medicine, the American Council on Exercise, and the National Strength and Conditioning Association. Visit his website at www.alanaragon.com.

Layne Norton is a IFPA and NGA professional. For more information, visit www.physiquescience.com.