Is Low-Carb Really The Way To Go? 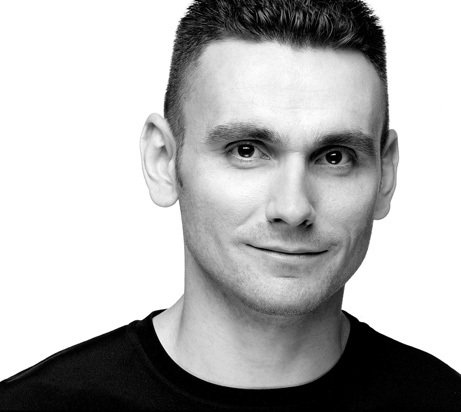 The latest trend in the area of weight loss is low-carb diets such as the Atkins Diet. With so much conflicting information out there on nutrition and weight loss, it’s difficult for the average person to not only find out what works, but also understand how to apply it.In order to help clear the air, I’m going to dispel some of the myths that are floating around and give you some facts backed up with real science on how the human body actually metabolizes food.

First, let’s talk about why the low-carb approach is so popular. There are a few reasons, but the most common is that people are finally realizing that the low-fat/high carb approach that ha s b een promoted for decades now just doesn’t work! Not only is it making us fatter, it’s also responsible for dozens of diseases and illnesses.

It’s true…..most Am eric ans eat too many carbs and are deficient in the healthy dietary fats. However, it seems that it has to be one extreme or the other with people in this country. So now many people are cutting carbs and avoiding them like the plague, which is just a s b ad.

But wait…..you say that it works? Maybe you or someone you know has tried the low-carb approach and noticed significant weight loss. Yes, cutting carbs will cause you to lose weight, but not much actual body fat, if any at all. So, why do most people lose weight so quickly? It’ s b ecause the human body holds 2.4g of water for every 1 gram of carbohydrate consumed. Cut the carbs and all you do is hold less water! This artificial weight loss is the main reason so many people are going low-carb.

So, not only does following a low-carb diet cause you to lose water, it also depletes muscle glycogen which leaves you feeling sluggish when trying to be active or workout. Remember, carbs are stored as glycogen in the muscles and glycogen is what’s used to fuel your muscles.

Another problem with severely limiting carbs is that the brain uses carbs for energy and without enough carbs, you won’t be 100% mentally. While I agree that people are different and that some people do better on lower amounts of carbs, most people will feel like crap after a week or two with no or low carbs.

But all the fitness and nutrition ‘gurus’ say that carbs are stored as fat, right? WRO NG ! Any excess energy (food or beverage) can be stored as fat – it doesn’t matter if it’s french fries or salad! Extra is extra is extra!

To my knowledge, there has not been but one study that actually measured body fat of individuals following a low-carb both before and after to see exactly how much body fat was lost. Plus, this study was funded by a grant from Dr. Atkins!

Also, there is quite a bit more research that shows that carbs are not only ok to eat, but that they also contain vital nutrients that can’t be found in other foods.

A recent study done by French and Canadian researchers found that consuming carbohydrates in small amounts did NOT inhibit fat burning and only approximately 4% of it was stored as fat. This was in individuals who were not exercising.

They also assessed the effect of carbohydrates in individuals who performed light to moderate intensity exercise and found that the small carbohydrate meal resulted in no fat being stored and did NOT inhibit fat burning. Plus, even the large carbohydrate meal had NO effect on fat burning and all of it went directly to the muscles to replenish glycogen and repair tissue.

Just imagine what happens when you do a hard workout!

So what does this mean in plain English? Basically, carbs are fine in small to moderate amounts (even if you don’t exercise) and on days you do exercise, the carbs are going to be stored in the muscles and not as fat.

So to all those people out there who think that eating carbs will result in them being stored as fat and it ‘shutting off; the fat burning, I’ve got good news for you…..

You can finally have that big bowl of spaghetti and meatballs you’ve been craving!

So how can you apply this to your eating and fitness program? Here are a couple of things to keep in mind:

You need carbs – just the right amount and the right type

So what are the right types? Focus on eating carbs that are high in fiber such as vegetables, beans, fruits, and whole grains.

For example – on days you don’t exercise, eat less carbs and maybe vary the types.

For example – if you want to cheat and have ice cream the best time would be right after a hard workout.

Focus on eating balanced – carbs, proteins and fats; and again, adjust the amount of each based on how active you are and plan to be.

All Star Trainer’s Secrets is A Two Volume Encyclopedia of fitness
information with over 275 pages! CLICK HERE!