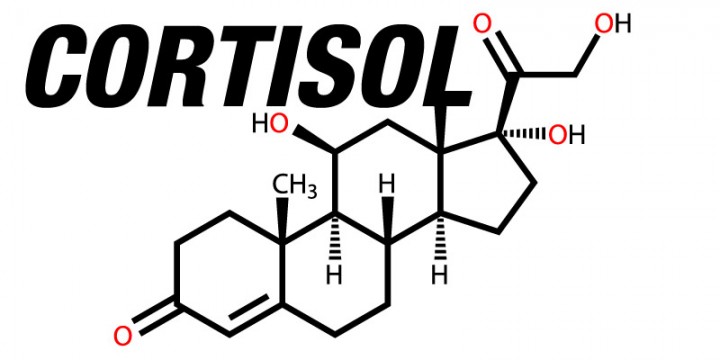 LET’S STUDY THE ENEMY HORMONE. ONCE UNDERSTOOD WE CAN PARTLY CONTROL IT (IT WORKS, EVEN IF YOU DO NOT LIKE THE METHOD USED).

Everyone knows about the beneficial effects of testosterone on muscular strength and size. Anabolic steroids have been around for several decades now and even the established medical community cannot deny their bodybuilding effects. Androgens are not the only form of steroids, which are Synthetically manufactured to mimic the body’s functional substances. There is the “so called” enemy of bodybuilding, known as cortisol, which is naturally produced by the organs on top of the kidneys called the adrenal glands.

Guys survive normal longevity without their nuts. Castration is by no means fatal. Yep, guys you read it right; testosterone is not required for life. Cortisol, on the other hand, is required. If your adrenal glands fail to produce cortisol, and you do not take a synthetic replacement steroid like “Prednisone” you will surely die soon thereafter.

Now you ask; “Cortisol destroys muscle tissue doesn’t it, then why the hell do I need it”? This life-sustaining steroid is known as a “glucocorticoid” and its function is to maintain sugar (or glucose) in the blood stream.

You say: “Sugar, I avoid sugar products, what is this article trying to say”? Sugar, also known as glucose or dextrose, in the blood is vital for life. The brain alone must have an impressive amount of sugar daily to function. Albeit, the brain and body can operate poorly on the acetones, which are produced by fat consumption, the first and best form of fuel is good old sugar. The human body prefers sugar and will make its own if it does not get what it prefers. Yea, your body will create its own sugar if you do not give it what it wants.

So what role does cortisol play in the body’s need for sugar? When you perform those two hour-long workouts the blood stream’s quantity of sugar is depleted first and then the stored sugar in the muscles is used (glycogen stores). When glycogen is depleted the body goes into a crisis state and the pituitary gland produces a chemical, which causes the adrenal glands to produce cortisol. (And a substance known as “glucogon” is generated from the pancreas, but that is another part of the story).

Cortisol allows numerous amino acids in the musculature to be released for conversion to sugar by the liver. (Amazing, alchemists have tried to change one substance into another for thousands of years and yet their own bodies have had no trouble with the performance of such tasks). Notice the prefix “gluco” in many of the technical terms, which I provide. This process of making sugar from amino acids by the liver is known as gluconeogenesis. Literally interpreted as: the genesis of new sugar.

This glucocorticoid steroid causes muscle degeneration in order to manufacture sugar, or glucose, for the brain and body. Once produced cortisol continues to reek havoc on the musculature for about three hours before the liver collects it from the blood, even if we eat a meal to try to stop it.

You say: You mentioned “Prednisone” as a synthetic form of cortisol, but “Prednisone” is used for inflammations like rheumatoid arthritis, asthma, organ transplant rejection prevention and the like and not to make the body produce sugar, right? Correct, other vital functions of natural or synthetic cortisol are inhibition of the immune system as well as maintenance of normal kidney function. The long term of effects of man made cortisol on the body for immune function control are as bad, or worse, as the original diseases themselves, but I will not discuss that now.OK, so now we know what cortisol does. It is much like the old saying pertaining to women.

You may not wish to live with some of the effects, but you sure as hell cannot live without it. Is adrenal cortisol production controllable?

Yes, and by a simple procedure on your part. Carbohydrate intake during the workout. A sugar containing beverage such as “Gatorade” with extra sugar mixed into, it will prevent much of the body’s need to metabolize its own muscles in order to make sugar. Then, after your workout, take in a good sized load of carbohydrate in order to replenish blood sugar levels and to stimulate insulin production from the pancreas which will allow for muscle sugar (glycogen) to be replenished. This will lower the production of cortisol in your body.

You say: Processed white sugar intake, are you serious?
Not for an empirical energy high, but to maintain muscular amino acid content. Lactose (in milk) and fructose (in fruit) must undergo metabolic restructuring before the body can use them. All the while cortisol must be produced to provide the immediate somatic requirements. Sucrose (white sugar) is within seconds of ingestion.

Cortisol is destructive to muscles. It is destructive for a vital cause. Consumption of refined white sugar during and following a workout prevents the need for cortisol output. It is better to understand the function and control of this muscle eating steroid than to be simply afraid of its effects. Doughnuts and Cookies anyone?