So you’re at home watching the news… “The reason pharmaceutical drugs are inherently safer then nutritional supplements is due to the fact drugs produced by the pharmaceutical industry are regulated by the FDA” says the talking head on the 6 O clock news. That’s the standard mantra people are told, and unfortunately all too many believe. 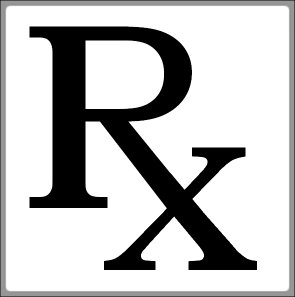 It’s also false. The general message to consumers is, the extensive regulation by the Food and Drug Administration (FDA) makes products produced by the pharmaceutical industry inherently safer then nutritional supplements, an industry often singled out by the media for attack.

One key point often made during such biased attacks, is the claim the pharmaceutical industry has high standards of quality control – due in large part to FDA regulation – while the supplement industry (due to lack of FDA regulation as the logic goes…) suffers from poor quality and or poor quality control (QC). Unfortunately, the total story would take up a book (and has!) but even giving some insights into how people are manipulated into thinking they are safe using “FDA approved” drugs when the easy-to-find facts show that’s often not the case…

The pharmaceutical industry often claims the inflated prices of their drugs – especially in the US – are due to the cost of the FDA approval process, research and development (R&D) and other costs. Indeed, drug development costs are extremely high, and getting FDA approval, expensive and a process in need of revamping to decrease costs and get more potentially life-saving drugs to people faster. However, what they fail to disclose for example is the industry spends considerably more on advertising and promotion then they do on research. That is, they have learned that advertising directly to consumers is more profitable then actually doing research. Although numbers vary, some researchers estimates the U.S. pharmaceutical industry spends almost twice as much on promotion as it does on research and development (R&D). Make no mistake, pharmaceutical advertising dollars influences media coverage, both to overstate the dangers of “unregulated” supplements and generally ignore the various discretions made by the pharmaceutical industry that put millions of lives at risk, and cost lives yearly.

We are not talking small change here either; In 2004 the industry spent an estimated $33.5 billion on promotion costs in an increasingly tough economy that media outlets have to compete for. Spending has gone up considerably since that time, with increases in R&D spending not keeping pace. Direct-to-consumer advertising is now big business, as anyone reading this has probably noticed how many TV ads they see, magazine ads, and so forth advising people to “talk to their doctor” regarding what ever drug is being advertised. It does not stop there however as the billions spent on promotion by the pharmaceutical industry even effects what gets published in peer- reviewed science/medical journals that are supposed to be objective publications not influenced by outside sources. One recent study entitled, “Does pharmaceutical advertising affect journal publication about dietary supplements?” examined that issue. The authors extensive research concluded “These data are consistent with the hypothesis that increased pharmaceutical advertising is associated with publishing fewer articles about dietary supplements and publishing more articles with conclusions that dietary supplements are unsafe.” (1)

• The FDA fined Schering-Plough Corp. $500-million for repeatedly failing plant inspections after the FDA set strict quality control terms on four Schering-Plough facilities. FDA inspectors found “significant violations regulations related to facilities, manufacturing, quality assurance, equipment, laboratories and labeling.” If that were not bad enough, the company shipped out asthma inhalers that contained little or no active ingredient (albuterol) leading to perhaps as many as 17 deaths according to the Public Citizen’s Health Research Group. Several massive recalls were the result.

• Once held up as the model of success in bio-tech, Genzyme Corp, “Under the consent decree of permanent injunction,” agreed to correct manufacturing quality violations at one of its facilities and will return $175 million in “unlawful profits” from the sale of products that were made at the plant. According to the FDA, in addition to failing various QC issues, some products were “contaminated with metal, fiber, rubber and glass particles.”

• Abbott Laboratories’ recall of Similac infant formula after insect parts were found in some batches.

•Intravenous drugs from Amgen and Novartis recalled for the presence of glass flakes supposedly caused by a breakdown of materials in the stored vials.

• Johnson & Johnson (J&J) having to recall nearly 200 million bottles of various over-the-counter drugs due to “foul odor.” According to a Reuters Report (Tue May 4th, 2010) FDA “…inspectors found thick dust and grime covering certain equipment, a hole in the ceiling and duct tape-covered pipes at the Fort Washington, Pennsylvania, facility that made 40 products…” with “… raw ingredients contaminated by an unspecified bacteria, a lack of quality control procedures and poor handling of complaints, according to the report dated April 30.” It was so bad, The FDA “…urged consumers to stop using liquid Tylenol, Motrin, Benadryl and Zyrtec for children and infants after a broad recall…” recommending people use generics instead. The company has suspended production at the plant…

As the announcer on the infomercials always says “but wait, there’s more!” If the above does not shock most readers, the following recent case involving GlaxoSmithKline will leave readers wondering if any drugs are truly safe out there. GlaxoSmithKline recently paid $750 million in civil and criminal penalties for “knowingly selling contaminated, adulterated and ineffective drugs”* produced from it’s now closed plant in Puerto Rico. Some of the drugs produced at this plant, and known to be affected were: Paxil, Bactroban, Coreg, Tagamet, and Avandia. As of this writing, the investigation is ongoing and additional civil and criminal charges may still be handed down.

People should be aware, the above examples are by no means an exhaustive list of recent failures of QC by the pharmaceutical industry.

The pharmaceutical industry, via a generally biased and or manipulated media, often claims the above QC issues are rare, and anomalies, but a simple search at the FDA.gov web site and some ‘net searching will show anyone that’s simply not the case, and things are growing worse. The reason may be due to current economic realities forcing drug makers to put QC on the low priority list as they attempt to increase their profits through extensive cost-cutting, by laying people off, using lower cost raw material suppliers of questionable quality, and other factors.

The pharmaceutical industry has quite a double standard for itself. For example, when people look to compounding pharmacies in an attempt to avoid the outrageous profit margins from various brand-name drugs, pharmaceutical companies have claimed compounding pharmacies are potentially less safe due to lacking FDA-mandated quality control standards, yet these very companies often fail adhere to acceptable manufacturing standards themselves. The pharmaceutical industry attempts the same treatment for the supplement industry (claiming supplements to be inherently less safe due to lack of FDA oversight), when again, they often fail to follow good manufacturing practices (GMP) and put lives in danger; which does not include the 106,000+ deaths per year from adverse effects of FDA approved and regulated medications. (2)

The pharmaceutical industry enjoys impressive profits, and profit margins, and pays a kings ransom in lobbying efforts and direct-to-consumer advertising, in an attempt to maintain their monopoly. They accuse compounding pharmacies and the supplement industry – and anyone else who competes with them – of failing to do what they themselves have ignored: paying attention to quality control and stringent manufacturing practices.

Hopefully, the American public will no longer tolerate it, and let law-makers know they are no longer in the dark regarding the pharmaceutical industry’s blatant disregard for their safety.